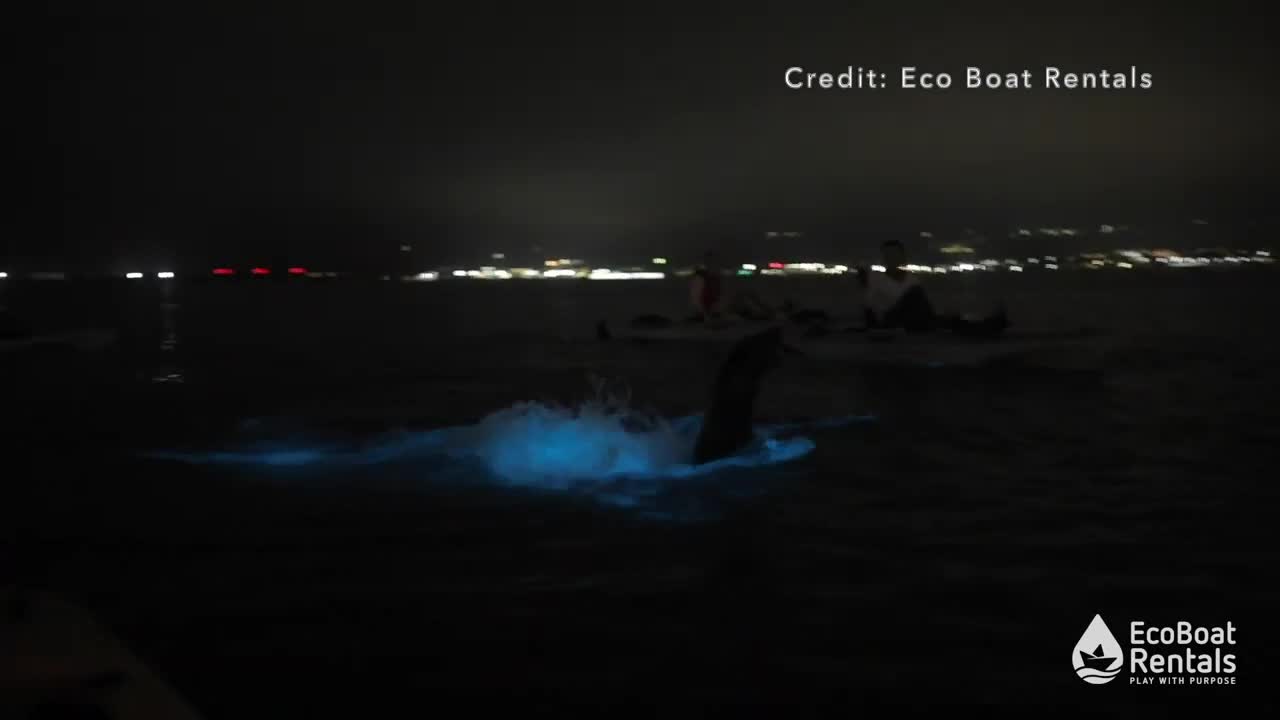 In the video posted by Eco Boat Rentals, a sea lion is seen jumping in and out of San Diego Bay around people kayaking.

SAN DIEGO (KGTV) — The bioluminescent tide along San Diego's coastline is drawing its own share of onlookers on land, but also in the sea.

In the video, a sea lion is seen jumping in and out of San Diego Bay around some people kayaking earlier this month.

One of those kayakers, Russ Plenis, owner of Eco Boat Rentals, said it was a sight he's never seen before in his time on the water.

"I'm kayaking very often and never saw something like this in my life," Plenis said. "I saw him from the distance and slowly start to approach."

Plenis said little did he know when he and his wife floated out near Bali Hai Restaurant that a playful sea lion would join their voyage.

"Then we were just 20 feet away, he saw us too but instead of swimming away he was super excited and started following the kayaks and jumping all around," Plenis said. "I guess he was attracted by [the] bio lights from the kayaks and just was looking to play."

The scene is similar to other scenes on the water as San Diego sees its strongest red tide in years.

In Newport Beach, dolphins were seen last month frolicking around a boat, creating a mesmerizing display of neon blue waves.

While the bioluminescent shows are quite the sight, local authorities are asking people to practice social distancing, wear a mask, and not to gathering at beaches amid the coronavirus pandemic.

This article was written by Mark Saunders for KGTV.