WATCH: Woman reunited with trooper who saved her life

Sitting in a wheelchair Latoya Holmes held her breath as she waited to meet one of the people who "saved her life."

KANSAS CITY, Mo. — Sitting in a wheelchair Latoya Holmes held her breath as she waited to meet one of the people who "saved her life."

One of the first responders— Missouri Highway Patrol trooper David Smith, who was on patrol the night Holmes got into a very bad car accident.

As Smith walked into the room, Holmes broke down into tears.

The first thing she did, give the trooper a hug she wishes could have “lasted forever.”

Then, she gave him a handwritten note and pin to wear near his heart. Smith, in return, gave her a trooper badge.

“I love you so much. I will never ever forget you. You are always in my heart,” Holmes told Smith as she hugged him tight. “You deserve a medal, everything, gold stars. I love you. You made it possible for this day.”

On July 24th, Holmes was driving down a local highway. She was heading back to Kansas City and had stopped at the gas station and Target before her breaks stopped working.

She tried to pull the emergency brake but that didn’t work. So Holmes said she tried to get onto the shoulder to avoid other cars.

Her car flipped and rolled instead— off the road, past a tree line, into a field about 200 yards away from Highway 50. 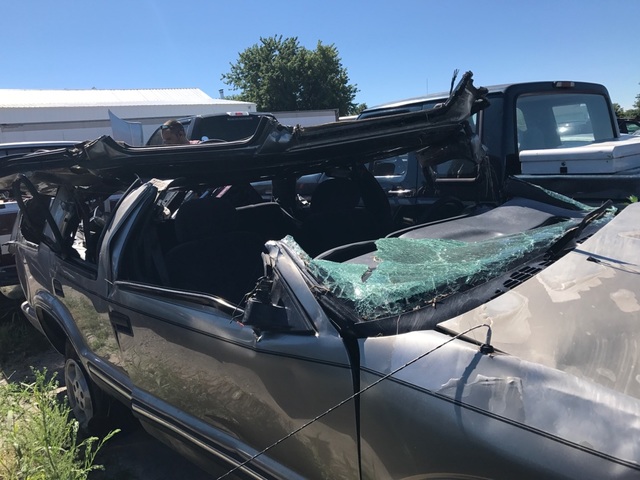 At the time, Holmes could not move. She was pinned underneath the truck. All she saw was darkness but could hear the faint sound of cars.

”For some reason of fate or some magic happened, she was able to locate her phone,” said Missouri Highway Patrol trooper David Smith. “Usually it’s other folks that are calling it in. It’s very rare the victim of the crash is calling it in.”

Smith did not know exactly where Holmes was. As he searched the road for skid marks, dispatchers Natalie Copeland and Jacob Smith at the Missouri Highway Patrol Troop A stayed on the phone with her and pinged her cell phone.

TONIGHT: @MSHPTrooperA saves a woman trapped underneath her car with an unusual method. The emotional reunion ONLY on @41actionnews at 10 pic.twitter.com/gNfMwBtS8p

Eventually, Smith turned on his sirens and asked Copeland if Holmes could hear the noise.

“I kind of just put myself in her shoes. That was the only thing I could think of at the time,” he said.

First responders were able to lift the vehicle off Holmes. She was taken by helicopter to a hospital where she has since undergone six surgeries.

Holmes broke her collarbone, femur, hip and hip rotator, both of her ankles, her left foot and four of her toes. 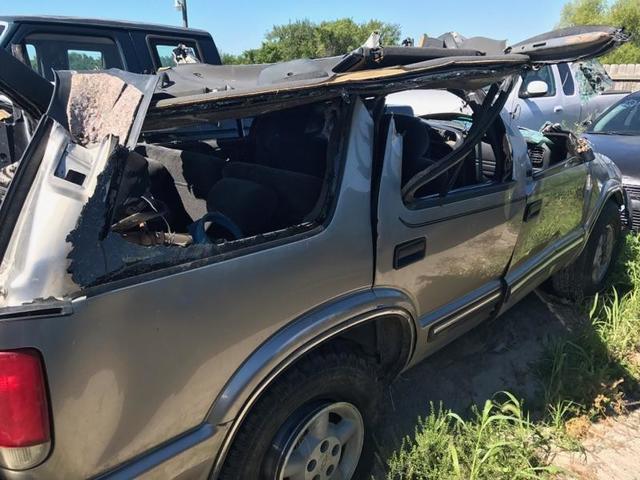 In a couple of weeks, she will undergo her seventh surgery.

After she recovers, Holmes wants to visit the dispatchers who also played a role in her rescue.

“I love them. They saved my life and they can save plenty more. They don’t ever get acknowledged for that,” she said.