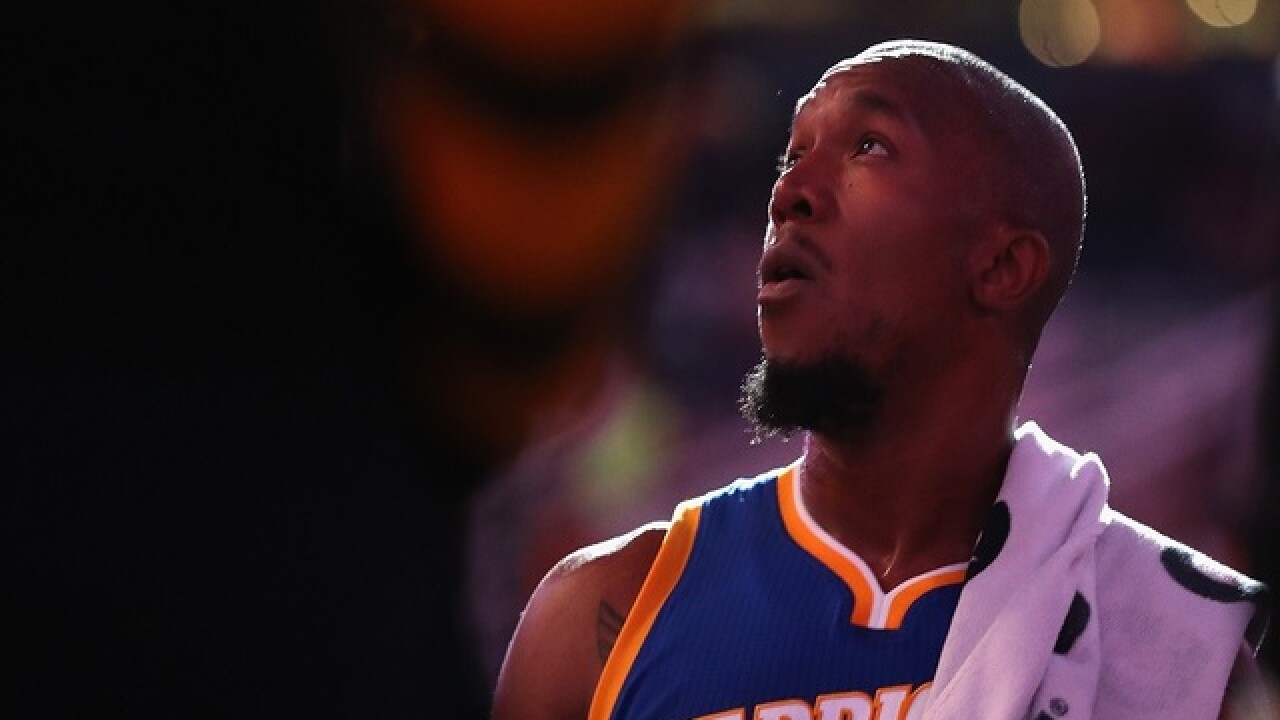 OAKLAND, Calif. (AP) — David West is disgusted with the choice of Donald Trump for president.
"The guy who got elected, it's not just the fact he got elected but people voted for him," West said after shootaround Wednesday. "That's the disheartening thing. I just think a lot of the things he was saying publicly, the majority of this country feels privately. They proved that through their vote. ... He got the platform."
The Golden State Warriors met as a team Wednesday before shootaround to discuss Trump's win over Hillary Clinton. Coach Steve Kerr expressed disappointment in the result and the discourse in the election, saying Trump regularly used "racist, misogynist, insulting words" more appropriate for "The Jerry Springer Show" than a presidential election.
"The whole process has left all of us feeling disgusted and disappointed," Kerr said. "I thought we were better than this."
Kerr said it was tough to face his wife and daughter Tuesday night as the votes were announced and then again as he faced his players before their game against Dallas. Players like West were still in shock over Trump's win.
"The message was loud and clear last night," said West, who is African-American. "I don't think there's any room to sort of not face the obvious truth. He speaks for the majority of the people in this nation, his attitudes about black people, about Muslim people, about women, about just about every sort of political group you can name. Folks agree with his positions, and you can't deny that because folks voted for him. So, I think, throw that on the table. So this whole fairy-tale about some post-racial, this utopia that Obama supposedly created, it's all bull. That's the bottom line when you look at what the results say from last night. This nation has not moved a thread in terms of its ideals."
The Warriors, whose brass have said how seriously the franchise takes its role as a positive influence in the community, are going ahead with their plan discussed in the preseason to bring in civic leaders to meet with players and staff in an effort to build trust and improve communication . The meeting is scheduled for Nov. 29.
West called it "a shame" voters hid behind their ballots to show who they really are. He said the choice of Trump is "unnerving and unsettling when you think about some of the things he's said, hasn't apologized for. The man's 70 years old, so he is who he is."
Golden State has discussed 49ers quarterback Colin Kaepernick's national anthem protest . Kaepernick said Tuesday he didn't vote for president after he criticized both candidates in late August and called Trump "openly racist."
"I really didn't play too close of attention because I have been very disconnected from the systematic oppression as a whole, so for me it's another face that's going to be the face of that system of oppression," Kaepernick said on a conference call with reporters covering the upcoming opponent Arizona Cardinals. "To me it really didn't matter who went in there, the system's still intact that oppresses people of color."
Copyright 2016 The Associated Press. All rights reserved. This material may not be published, broadcast, rewritten or redistributed.