Veteran reunited with K-9 he fought alongside in Middle East 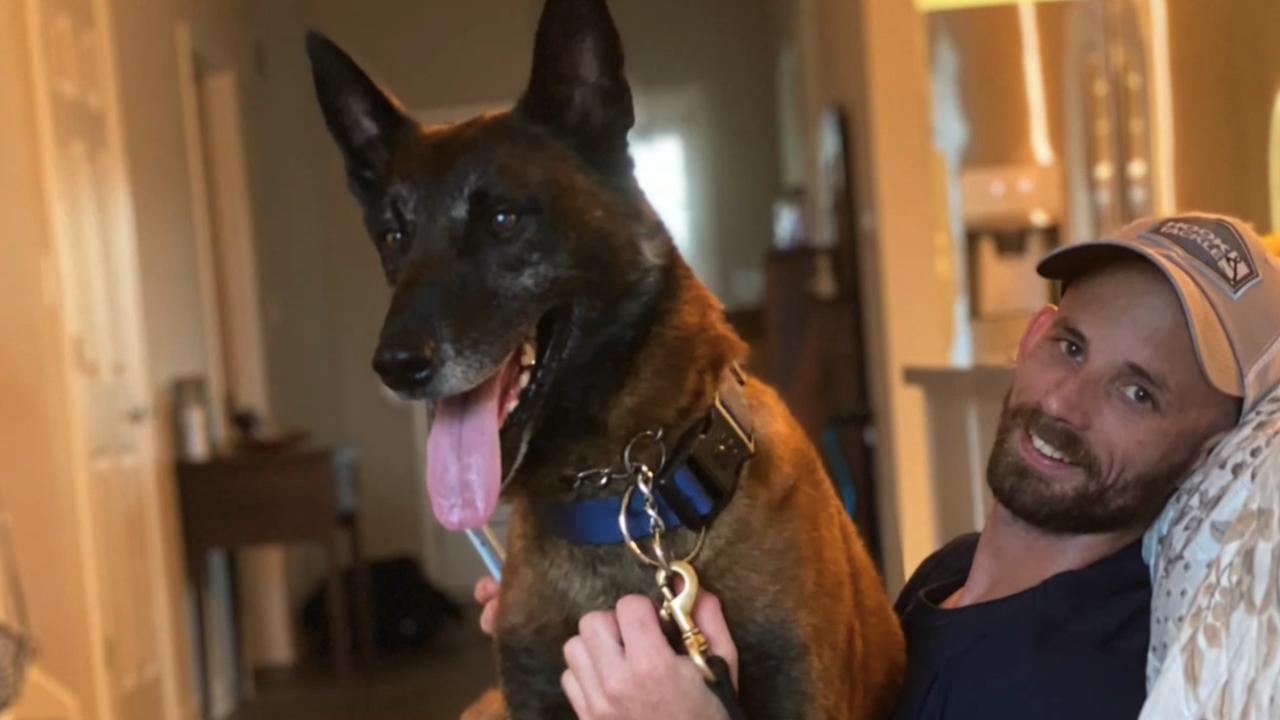 When we first met Mark Lee Jr. in 2018, he had been working with the group Justice for TEDD Handlers to try and reunite with his K-9 partner Rayco. The two were part of the Army’s bomb detection team.

Lee was injured in Afghanistan and left in 2012. It was the last time he saw Rayco.

Also in 2018, a report came out that said the Army mismanaged the adoption of more than 200 military dogs, leaving veterans like Lee without the chance to adopt.

When Rayco finished his service with the military, he ended up working with the U.S. Capital Police (USCP).

The Justice for TEDD group, made up of a few civilians like Betsy Hamptom, were fighting to try and locate these dogs to reunite them.

Meanwhile, Lee was struggling. He ended up behind bars and in rehab.

“I didn't do too well,” said Lee. “I guess everything kind of caught up with me. While I was incarcerated. The guy at Capitol police that had Rayco watched our initial interview.”

After our story, USCP technician Stephen Nunn got in touch with Justice for TEDD Handlers and said he wanted Rayco back with Lee.

“It’s been 180 degrees since then, as you can see, I got my best friend back,” said Lee. “It shows a lot about his character being that when he reached out to find me as a law enforcement officer and find out I was incarcerated and still do nothing but want me to have him back.”

Lee reunited with Rayco in D.C. and then the two went to Indiana to thank the woman who made it possible.

“This is the one I wanted to happen for so long,” said Hampton. “This is a big deal to me. He’s like a son to me. My husband and I have adopted this kid.”

“He still has his working harness so if I pull it out of my backpack or pull it up, he goes crazy because he thinks he’s going to get to go work and have some fun,” said Lee.

The pair isn’t finished yet either. They are moving to Texas to work with Mission K-9 Rescue. They will help rehabilitate dogs with PTSD, so they can find homes and reunite other military handlers.

“Me and Rake are going to go over there and see if we can help somebody else get their boy back,” said Lee.

The Justice for TEDD Handlers program is winding down. They were able to reunite 12 handlers with their dogs. A few others went to visit their old K-9 partners. Marines had similar issues finding their improvised explosive device detection dogs after service.

The report on the mishandling of K-9s did lead to a change within the military to make sure this doesn’t happen again.