A tattered American flag led to a scuffle between a security officer and a veteran in Mesa. ABC15's Sonu Wasu has the story. 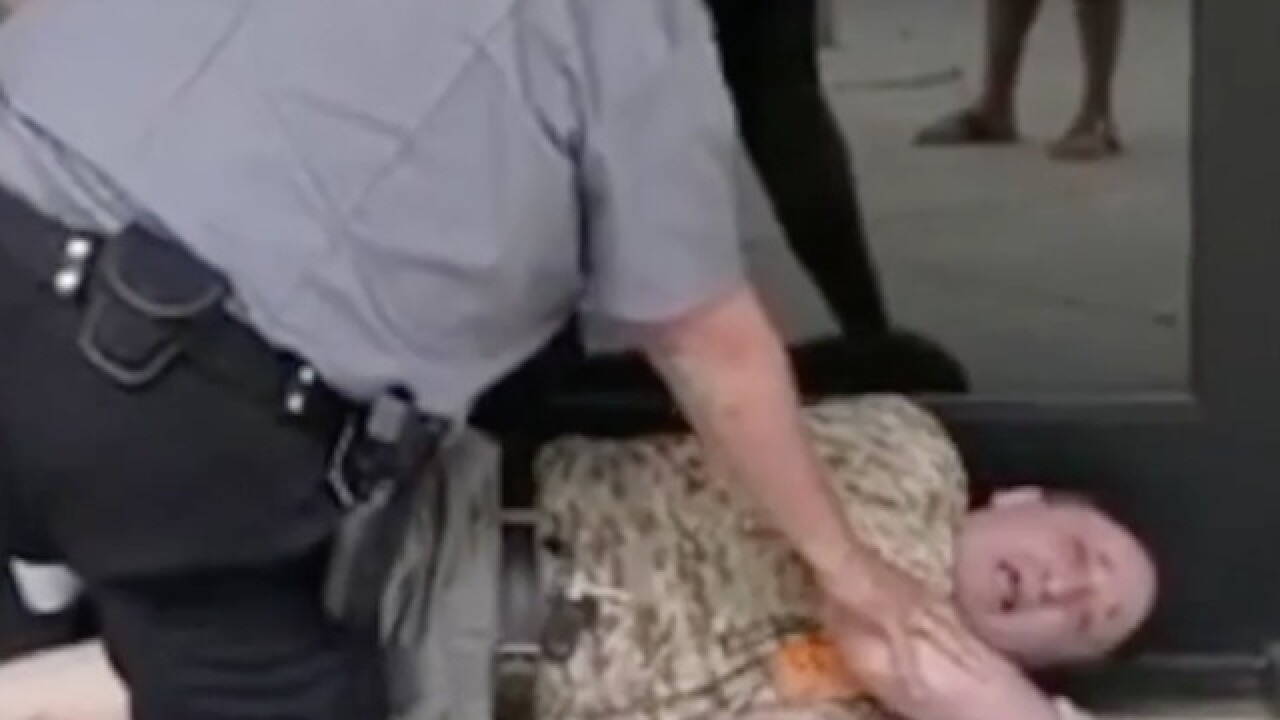 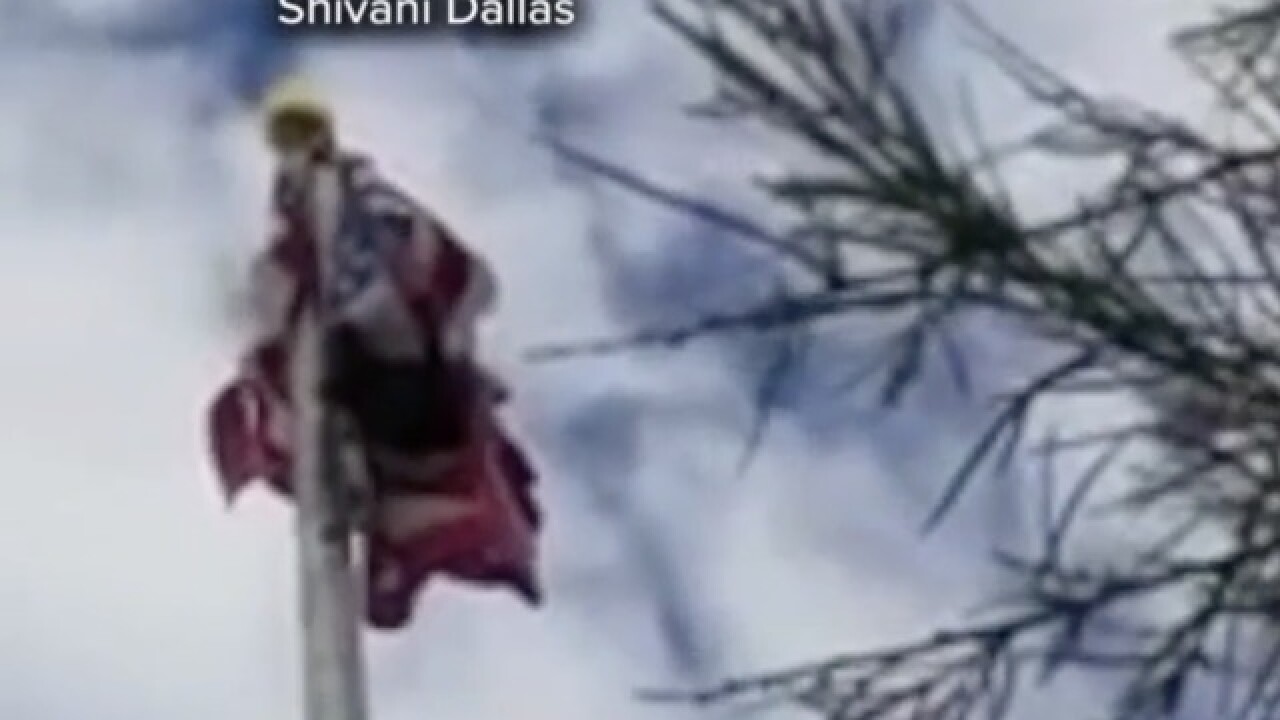 A disabled Air Force veteran taking a stand for the American flag ended up in a scuffle with a federal security guard.

The incident was captured on camera by Shivani Dallas, who happened to be at the Social Security office in Mesa, Arizona at the time.

The video shows a federal security officer sitting on top of a man on the ground who appears to be in distress.

"He just kept saying, 'I'm disabled, I cannot breathe, please get off my diaphragm, somebody get me some help,'" Dallas said.

Scripps station KNXV in Phoenix identified the man on the ground as Richard Moriarty. He says he is a disabled veteran who served during Desert Storm, and he was fed up after seeing the flag outside the Mesa Social Security office in such bad shape.

"It's been ongoing, but yesterday it was really bad. I think the storms might have got to it," Moriarty said.

He describes the flag as being torn, tattered, dirty, and rolled up into a ball on top of the flagpole. Seeing that got him upset.

"The flag itself is not just a piece of material. It's not just a cloth. It's a symbol of our reality; it is the blood of the people who died. When people abroad see the US flag flying in their country they know it stands for something, it's considered a safe space in many places," Moriarty said.

Moriarty says his intention was simply to go inside the building to ask them to take the flag down.

Dallas overheard part of the conversation and said she heard the security officer asking Moriarty, "how dare he question his citizenship."

Later in the video, a Social Security office employee asks Dallas to stop recording the incident and informs her she could be arrested.

"This is wrong; he didn't do anything wrong. What do you mean no video?" Dallas said in the video.

Dallas then complies with the employee's request to leave the building and exits from a side door, still recording the incident.

What happened next is unclear. The incident was caught on security cameras inside the office, but the footage was not made available to reporters.

Witnesses said all they saw was the security officer pushing the veteran outside the doors, and taking him to the ground.

Mesa police reports state the security officer said he thought he saw a flash of hands coming up at him.

"I may have put my hands up ... to get my balance; I was caught off guard when he came at me and he is a large man. His body pushed against mine. I don't have very good balance," Moriarty said.

Moriarty suffered minor scrapes and bruises in the incident.

Mesa firefighters and medics who also responded to the scene have confirmed that firefighters also noted the poor condition of the US flag, and took it down themselves. A Mesa fire spokesman says firefighters folded the tattered flag and handed it over to staff inside the office.

US flag code indicates the flag should be taken down during inclement weather, and when in bad shape. You can review the full code here.