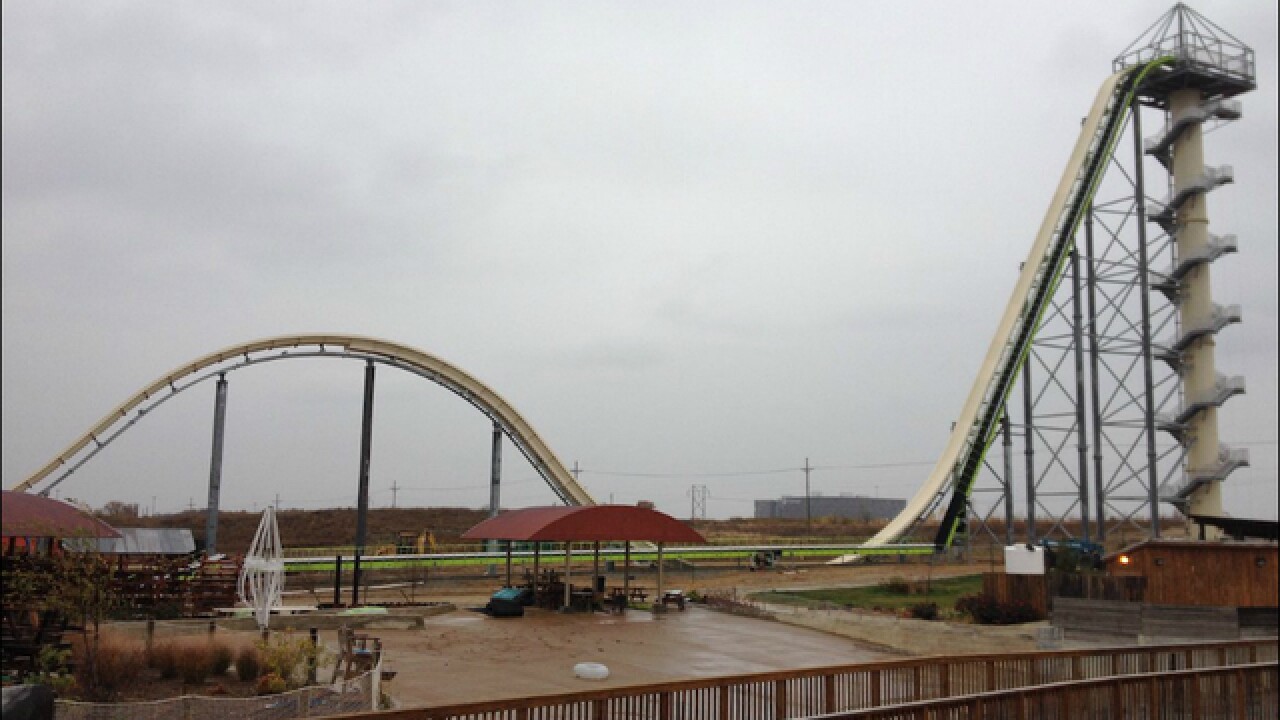 © 2018 Cable News Network, Inc.
&lt;p&gt;A water park in Kansas says it will remove the giant water slide where a 10-year-old boy was killed in 2016.Deconstruction of the Verruckt slide at the Schlitterbahn water park will start shortly after Labor Day -- the end of the park's season -- and take about three weeks.&lt;/p&gt;

A water park in Kansas says it will remove the giant water slide where a 10-year-old boy was killed in 2016.

Deconstruction of the Verruckt slide at the Schlitterbahn water park will start shortly after Labor Day -- the end of the park's season -- and take about three weeks.

Caleb Schwab was decapitated in August 2016 when the raft he was riding in went airborne and struck a metal support for netting on the slide. Two others in the raft were severely injured.

"It was a horrible tragedy. ... We feel it's the right thing to do," said Schlitterbahn spokeswoman Winter Prosapio.

An attorney for the park announced the court's approval Thursday to take down the ride. She could not immediately be reached for comment.

The slide's two designers, John Schooley and Jeffrey Henry, are among the five defendants who have been charged with aggravated battery and aggravated child endangerment related to the incident.

The 168-foot-high Verruckt (German for "insane") is the tallest water slide in the world, according to Guinness World Records.

The company first pledged to dismantle it a few months after Caleb's death.

"Once the investigation is concluded and we are given permission by the court, Verruckt will be decommissioned -- closed permanently and the slide removed from the tower," the company stated October 2016.

The other defendants in the state's case against the park are Henry and Sons Construction, the contractor owned by Jeffrey Henry's family; Tyler Miles, former director of operations; and the park itself.

Miles and Schlitterbahn have also been indicted on involuntary manslaughter, while the designers and contractor are facing charges of second-degree murder.

The indictment alleges that a team of experts inspected the ride after Caleb's death and found "physical evidence that indicated that other rafts had gone airborne and collided with the overhead hoops and netting before the fatality."

It says the experts found several violations of standards set by the American Society for Testing and Materials.

Miles has disputed the claims.

A former lifeguard at the park rode the slide about a year before the death, when the slide was undergoing test runs. He told ABC News his raft failed to slow down and crashed into a concrete wall at the end of the pool.

Schwab was sitting with two other women unrelated to him, who suffered "severe" injuries, according to the document.