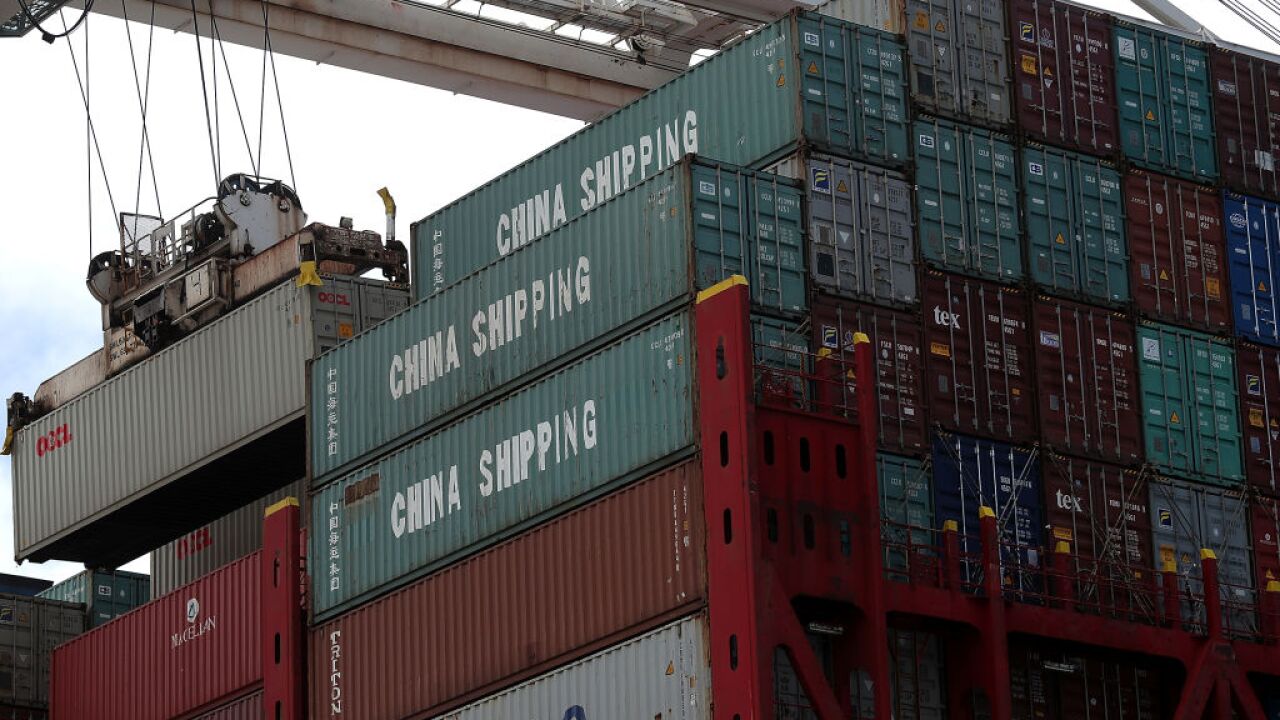 WASHINGTON, D.C. — Trade talks between the US and China have come to a halt, sources close to the discussions say, even as President Donald Trump puts an optimistic shine on new tariffs that are spooking markets and escalating tensions .

The steady drumbeat of bullish confidence coming from Trump's Twitter feed on Tuesday morning is at odds with the fact that there has been little to no movement on resolving disputes since a Chinese trade delegation, led by vice premier Liu He, departed Washington last Friday.

Cautious hope for a deal remains, and after markets sank on Monday, Trump said a resolution could come within a month.

"We'll let you know in three or four weeks if it's successful," he said at the White House.

Yet there are few officials who believe that timeline is certain, at least before it's known where talks will head once negotiators get back to the table.

....of the tremendous ground we have lost to China on Trade since the ridiculous one sided formation of the WTO. It will all happen, and much faster than people think!

Our great Patriot Farmers will be one of the biggest beneficiaries of what is happening now. Hopefully China will do us the honor of continuing to buy our great farm product, the best, but if not your Country will be making up the difference based on a very high China buy......

A US trade delegation is expected to travel to Beijing in the coming weeks, but few details about the trip are known. Officials expect it to be at least another week at minimum before the delegation, led by Treasury Secretary Steven Mnuchin and US Trade Representative Robert Lighthizer, travel to China. Once there, it's not clear where the talks will pick up -- and whether the two sides must start again from scratch or whether there's a structure of a deal they can build upon.

For a deal to be reached, either the Chinese will need to agree to change certain laws related to their economic practices, or the US will need to back off its demands for those reforms. While there are other matters under dispute -- including how the deal will be released to the public -- the legal changes are at the heart of the current impasse.

Trump, who on Monday closely monitored equity markets driven lower by trade fears, spent Tuesday morning tweeting encouragement to farmers and others who will be harmed by new Chinese retaliatory tariffs.

"When the time is right we will make a deal with China. My respect and friendship with President Xi is unlimited but, as I have told him many times before, this must be a great deal for the United States or it just doesn't make any sense," Trump tweeted. "It will all happen, and much faster than people think!"

A China deal has appeared within grasp at least twice before this latest breakdown, only to fall apart. In those instances, it took months before negotiations began again, though markets eventually stabilized in that span.

Trump plans to meet Chinese President Xi Jinping at the end of June at a G20 meeting in Japan, and no deal can be resolved until the two men at least speak, officials said. Both sides have long said that the negotiating teams can only go so far, and in the end it will come down the principals themselves.

The leaders are also expected at some point to speak by phone, but that call has not been scheduled, the officials added.

While the US negotiation team has been divided between pro-trade officials such as Mnuchin and more hawkish voices, including Lighthizer and trade adviser Peter Navarro, officials familiar with the matter say China's delegation has experienced its own rifts.

Some Chinese officials were worried that Liu, the lead negotiator, was conceding too much when it came to reforming Chinese law. By the time talks broke down, disputes over changing Chinese law had halted negotiations -- fueled in part by China's hesitation to appear like they're giving away too much.