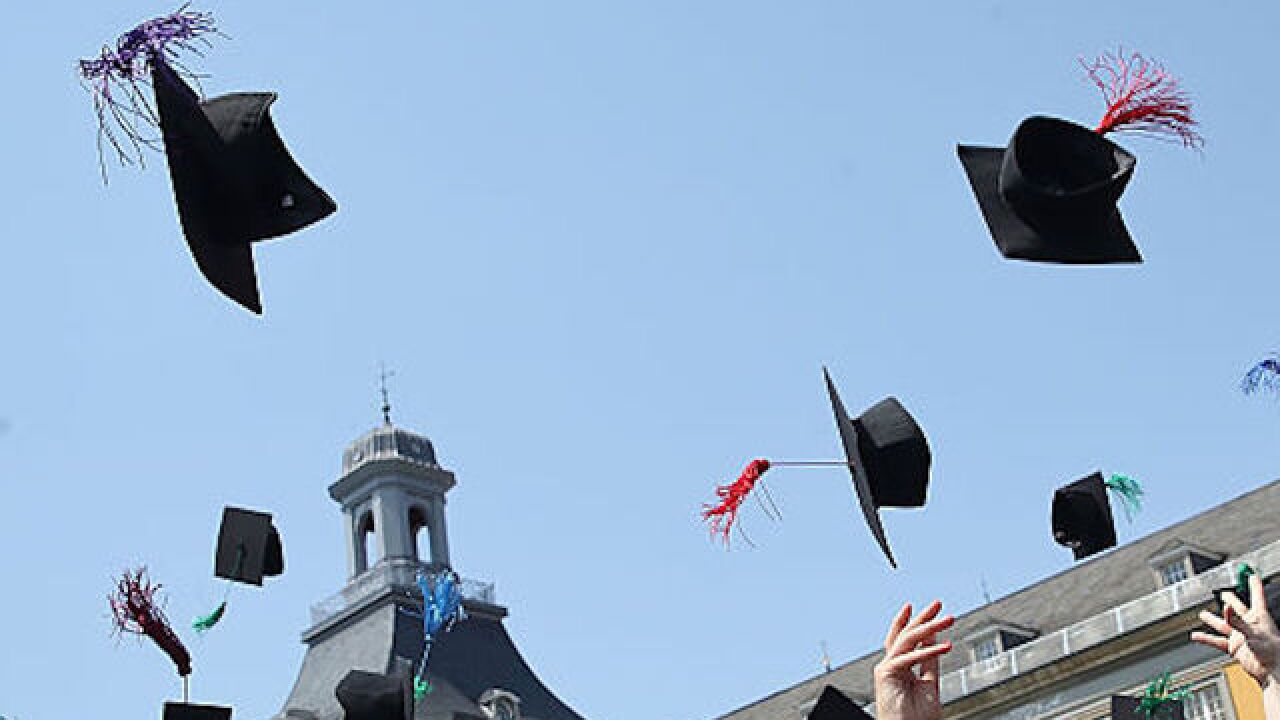 &lt;p&gt;BONN, GERMANY - JULY 04: Students throw up their graduate caps during the 11th celebrations of the Rheinische Friedrich-Wilhelms-Universitaet on July 4, 2015 in Bonn, Germany. This year, 780 women and 293 men finished their studies successfully. (Photo by Andreas Rentz/Getty Images)&lt;/p&gt;

NEWARK, N.J. (AP) — The University of Northern New Jersey fielded no sports teams, held no graduation ceremonies and had no instructors, classes or degree programs. It did have a very attractive website that promised an "exceptional" education for foreign students wishing to study in the U.S.

The school was a sham from beginning to end — and it was created by federal authorities, who used it to arrest 21 people on charges they conspired to help more than 1,000 foreigners fraudulently keep or obtain student or work visas over the past 2½ years.

The defendants whose arrests were announced Tuesday knew the school was bogus, as did the foreigners, who pretended to be students there in order to stay in the U.S., authorities said. But they didn't know it was set up as part of a sting by undercover agents from U.S. Immigration and Customs Enforcement.

Most of the foreigners who benefited from the scam were from China and India and were already in the U.S. on student visas, federal prosecutors said. Officials said they have been identified and will be dealt with by immigration authorities — meaning they could face deportation — but won't be prosecuted.

The 21 people arrested were described as brokers, recruiters and employers. They were charged with conspiracy to commit visa fraud and to harbor aliens for profit. The second charge carries up to 10 years in prison. The defendants awaited court appearances in Newark on Tuesday.

Most of the defendants are in the U.S. legally and live in New York, New Jersey and California. One lives in Illinois, and one in Georgia.

The University of Northern New Jersey's elaborate website promised "a high quality American education to students from around the world." The site contained links to academic programs; a message from the "president," a Dr. Steven Brunetti, Ph.D.; and photos of attractive young people sitting around a library table or consulting with a faculty member.

The site, which was taken offline Tuesday afternoon, even had a school seal that appeared to have been modeled on Princeton University's, except that the fake institution's colors were bluish-purple and green instead of orange and black. The university listed as its address a real building in Cranford, about 15 miles outside New York City.

The fake school was also listed under a fake address, which could be found on Google Maps.

The middlemen under arrest paid the undercover agents running the school thousands of dollars to produce paperwork that made it look as if the foreigners were enrolled at UNNJ, federal prosecutors said. That enabled the "students" to maintain their visa status without having to go to class.

"This was just another stop on the 'pay-to-stay' tour," U.S. Attorney Paul Fishman said.

Immigration officials have investigated hundreds of suspected fake schools, or "visa mills," in recent years. Some have led to charges: Officials at two schools in California and one in Georgia received prison sentences, including one who got 16 years for visa fraud and other charges.

In this case, though, federal authorities set up their own bogus institution. And Fishman said that once word got out about the place, the middlemen descended.