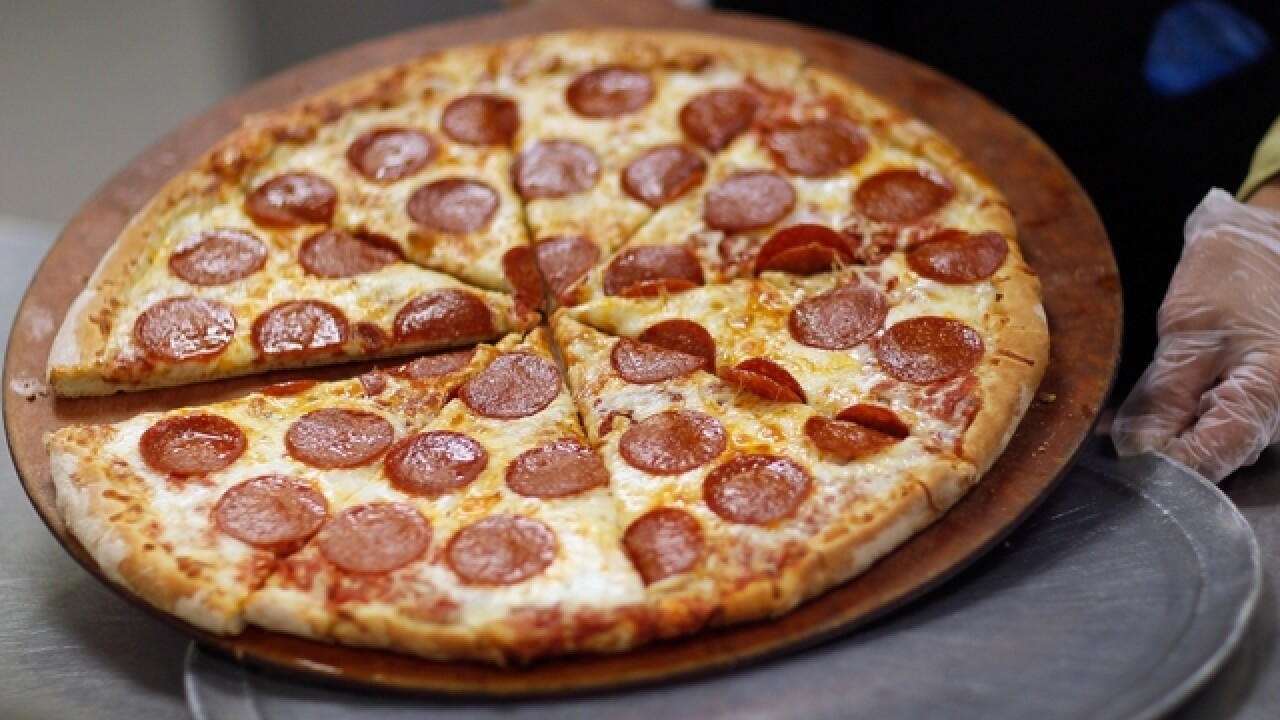 By: Mina Abgoon
Posted at 2:10 AM, Oct 13, 2016
Papa John’s to the rescue?
A man unable to reach his grandmother in Palm Coast, Florida, by phone after powerful Hurricane Matthew swept through the area had an ingenious plan: Call for pizza.
Time reports that Eric Olsen, who lives in Omaha, Nebraska, grew worried about his grandmother, 87-year-old Claire Olsen, after not hearing from her after the deadly storm.
When he last spoke to her on Friday, she informed him she had lost power in the "nightmare" of a storm. Then, silence for two days.
“I was calling the police department, I was calling the sheriff’s department, and no one was answering, so I was really worried,” Olsen told ABC News. “So I just said, ‘I’m going to order her a pizza, and if they can deliver it, then I know she’s alive.'"
When placing his order with Papa John’s, Olsen included special instructions asking the delivery person to call his phone number after arriving to the home.
And sure enough, when the delivery person arrived, Olsen was relieved to hear his grandmother’s voice on the other end of the phone.
“Police and fire couldn’t do it, but Papa John’s got there in 30 minutes and put the cell phone to her ear,” Olsen told ABC News. “People are asking why I didn’t call the police and ask them to do a wellness check, but I did. Trust me, Papa John’s was a last resort.”
Meanwhile, Claire Olsen told Orlando media outlet WFTV that the pepperoni pizza was “fantastic.” We’re glad to hear it.
Copyright 2016 Scripps Media, Inc. All rights reserved. This material may not be published, broadcast, rewritten, or redistributed.