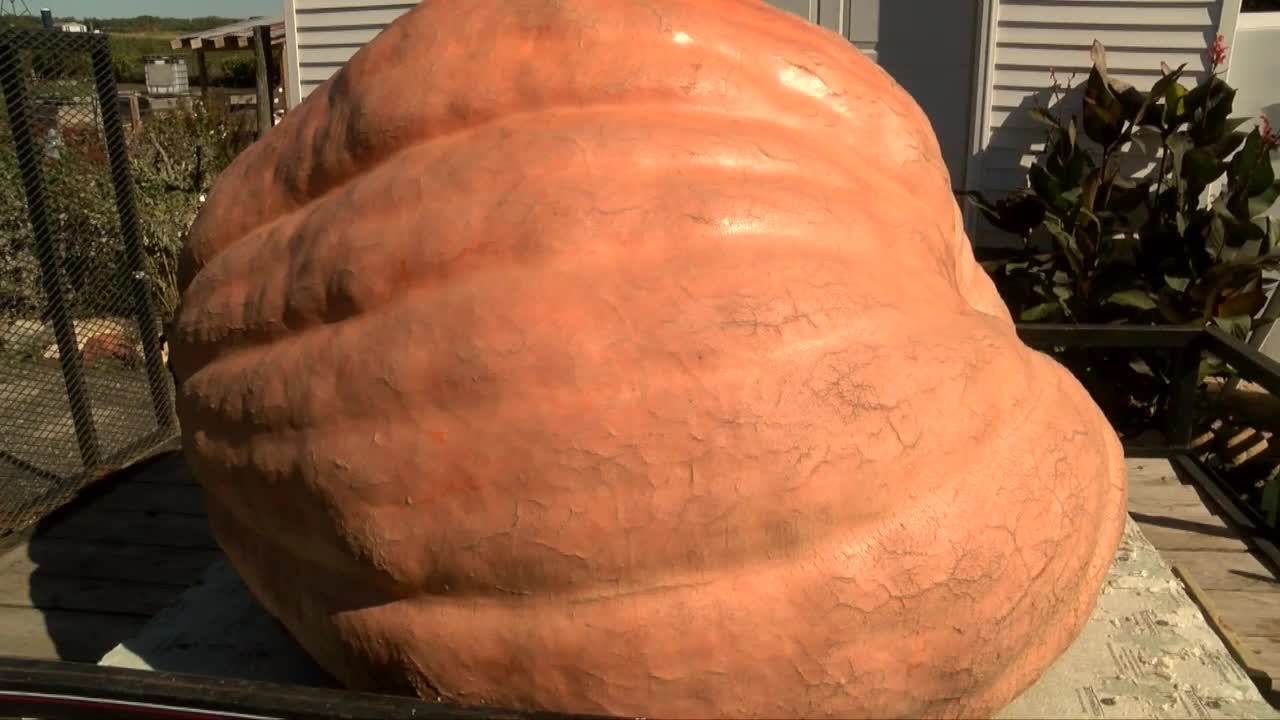 The heaviest pumpkin weighed in Wisconsin this year is 2,015 pounds. At one point, it grew 52 pounds a day. 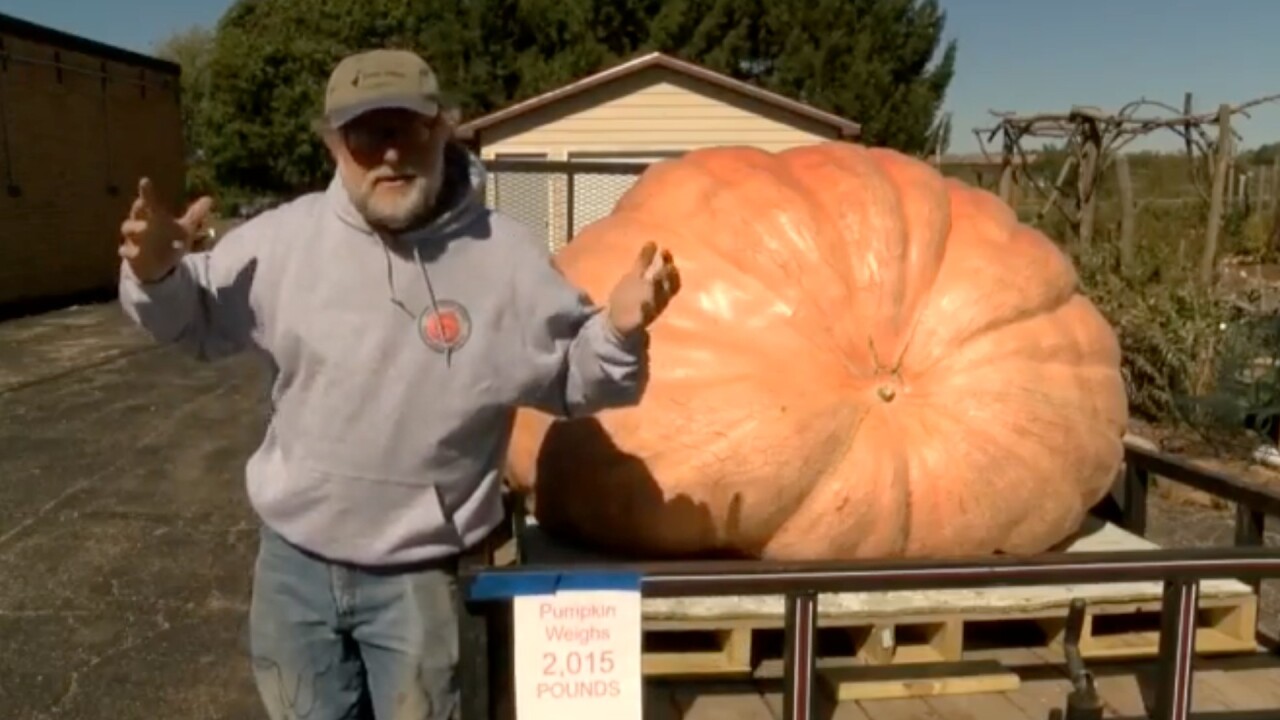 BRISTOL, Wis. — The heaviest pumpkin weighed in Wisconsin this year so far is 2,015 pounds. At one point during its peak growth stage, it was growing 52 pounds a day and the vines grew nearly a foot a day.

The honor of most gargantuan gourd belongs to Jim Ford, who has been growing preposterous pumpkins for more than 20 years.

This is the largest pumpkin weighed in Wisconsin this year. It’s 2,015 pounds. pic.twitter.com/4n52SvCEN9

While growing these pumpkins might seem like a novel hobby, for people like Jim and other members of the Wisconsin Giant Pumpkin Growers, they take the weigh-off seriously.

"But this time of year when it comes to the weigh-off, it gets competitive too. It's friendship but it can get very competitive," he said.

Ford recently got first place at the River Prairie Ginormous Pumpkin Festival in Altoona in September with his 2,015 pound pumpkin. It's his biggest so far, but he wants to keep growing larger.

"Gives you the satisfaction that you can take a seed that big and grow something like that."

While he plants his seeds in April, he is already thinking about 2021's competition.

"Right now my pumpkin patch is already in the beginning of the stages for next year's competition," Ford said.

"And this thing is babied from day one. It gets everything it wants, it needs. It's a spoiled brat - plant. It gets whatever it needs, because to get them this big you got to give them what they are asking for," he said.

Ford will put a blanket on his gourd when it gets below 55 degrees, and actually cool it off when it gets too hot. It's a meticulous process but one that brings Ford back every year. Eventually, he wants to break the world record which is 2,624 pounds.

You can find where the next giant pumpkin weigh-off will be by going to the Wisconsin Giant Pumpkin Growers website.

This story was originally published by James Groh at WTMJ.