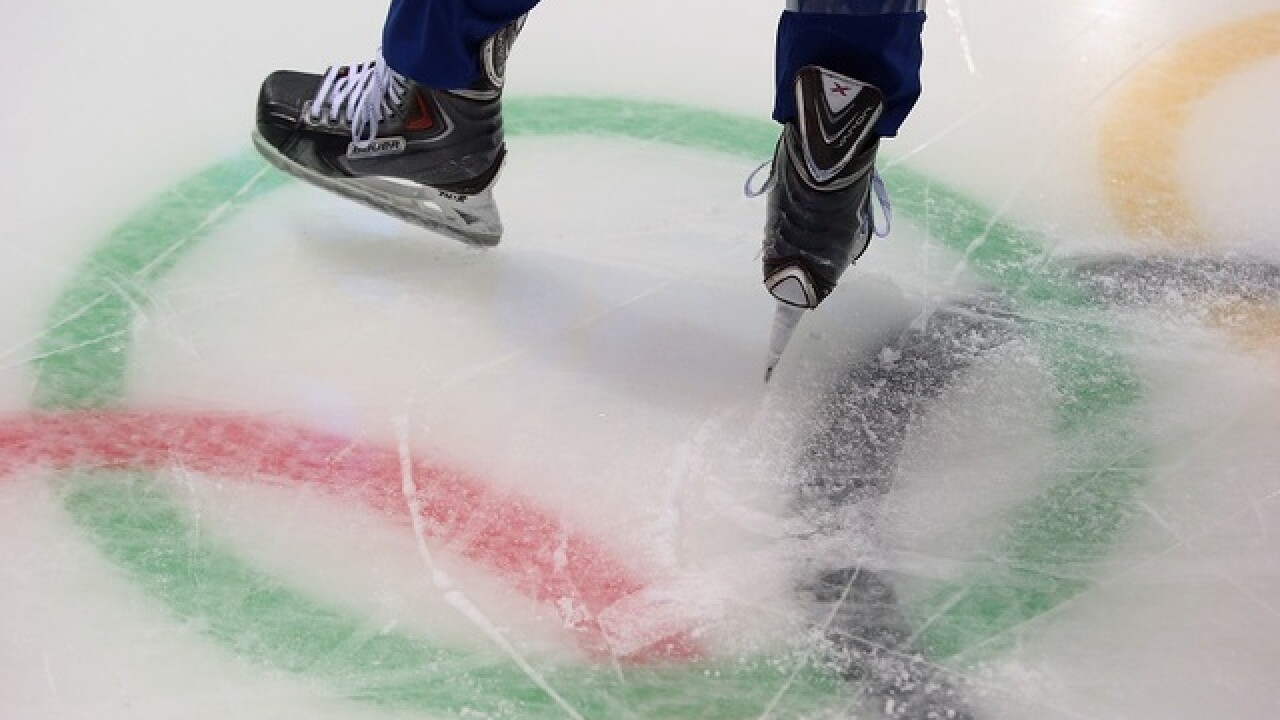 &lt;p&gt;SOCHI, RUSSIA - FEBRUARY 03: A member of the United States women's ice hockey team skates over the Olympic rings logo during a practice session ahead of the Sochi 2014 Winter Olympics at Shayba Arena on February 3, 2014 in Sochi, Russia. (Photo by Bruce Bennett/Getty Images)&lt;/p&gt;

SEOUL, South Korea (AP) — A former South Korean government minister was nominated to take over the organizing committee of the 2018 Winter Olympics on Tuesday, just hours after Cho Yang-ho quit amid escalating financial troubles at the business group his family controls.

Lee Hee-beom, a former minister of industry and energy, needs to be ratified by a vote of senior committee officials to officially become president of the organizing committee for the Pyeongchang Games.

Cho's sudden resignation marked the second change in less than two years at the helm of the local organizing committee, which had struggled to get preparations back on track in the face of venue construction delays, disputes over the location of the Olympic stadium and slow pace of domestic sponsorship.

Cho is chairman of the Hanjin Group, which controls Olympic sponsor Korean Air and a major shipping company struggling with heavy debt.

He said in a statement he couldn't continue with the Olympic job because he needs to focus on stabilizing Hanjin Shipping, South Korea's largest container carrier, which said last week that it will undergo a debt revamp program with creditors in its last-ditch efforts to stay in business.

Cho took over as president of Pyeongchang's organizing committee in July 2014 after the sudden resignation of Kim Jin-sun, the former governor of the region that includes Pyeongchang.

"For the past two years, I have truly put forward my very best efforts to work with every member of the organizing committee to prepare a successful Olympic and Paralympic Winter Games in 2018," Cho said in the statement. "I can proudly say that POCOG has become a strong team, and the challenges we have overcome have allowed us to achieve success at our first official test events this past February."

Pyeongchang organizers have faced a series of challenges in recent years, including the construction delays, local conflicts over venues and criticism about their financial planning, but preparations had seemed to turn a corner after the successful hosting of test events earlier this year in Olympic venues.

"Under his leadership, the organizing committee has made great progress and has delivered very successful test events," Lindberg said. "There remain a number of important steps to be taken ahead of the games and the IOC remains confident that through our close cooperation with the Pyeongchang 2018 organizing committee these will be successfully addressed."

The announcement of Cho's resignation came on the same day the Olympic flame was set to land in Brazil, where problems in preparations have sometimes overshadowed the build up to the Summer Games in Rio de Janeiro in August.