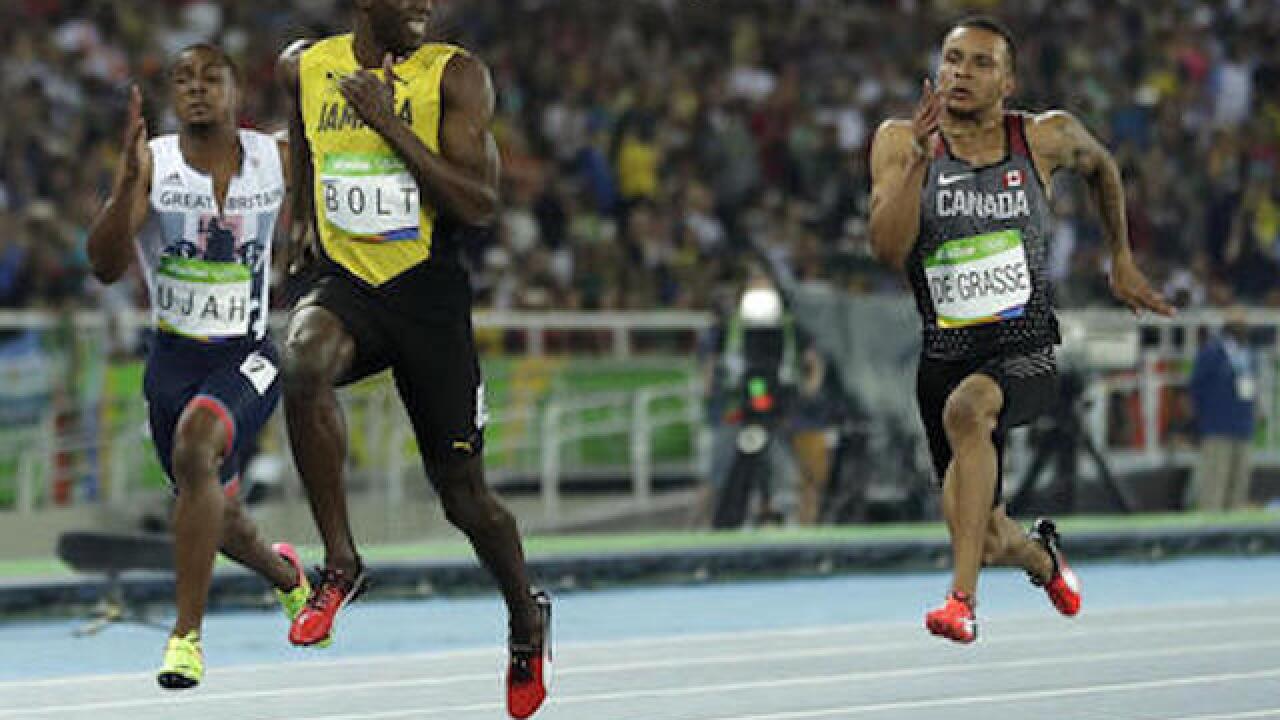 RIO DE JANEIRO (AP) — Usain Bolt is known of his happy-go-lucky personality and apparently couldn't contain himself from giving his rivals a mid-race grin as he sprinted toward the finish line ahead of the pack during the 100-meter dash semifinals Sunday night.

Images of the Jamaican track superstar Bolt smiling while sprinting toward the finish line ahead of the pack in have become fodder for online memes.

One Twitter user imagined Bolt saying, "Had you shook with that slow start, didn't I?" Another said it illustrated the feeling "when you write a provocative tweet and then sign off."

Bolt went on to win gold in the 100-meter for the third straight time in the Olympics on Sunday. He competes in the 200-meter event beginning Tuesday.