Should children get their tonsils taken out? 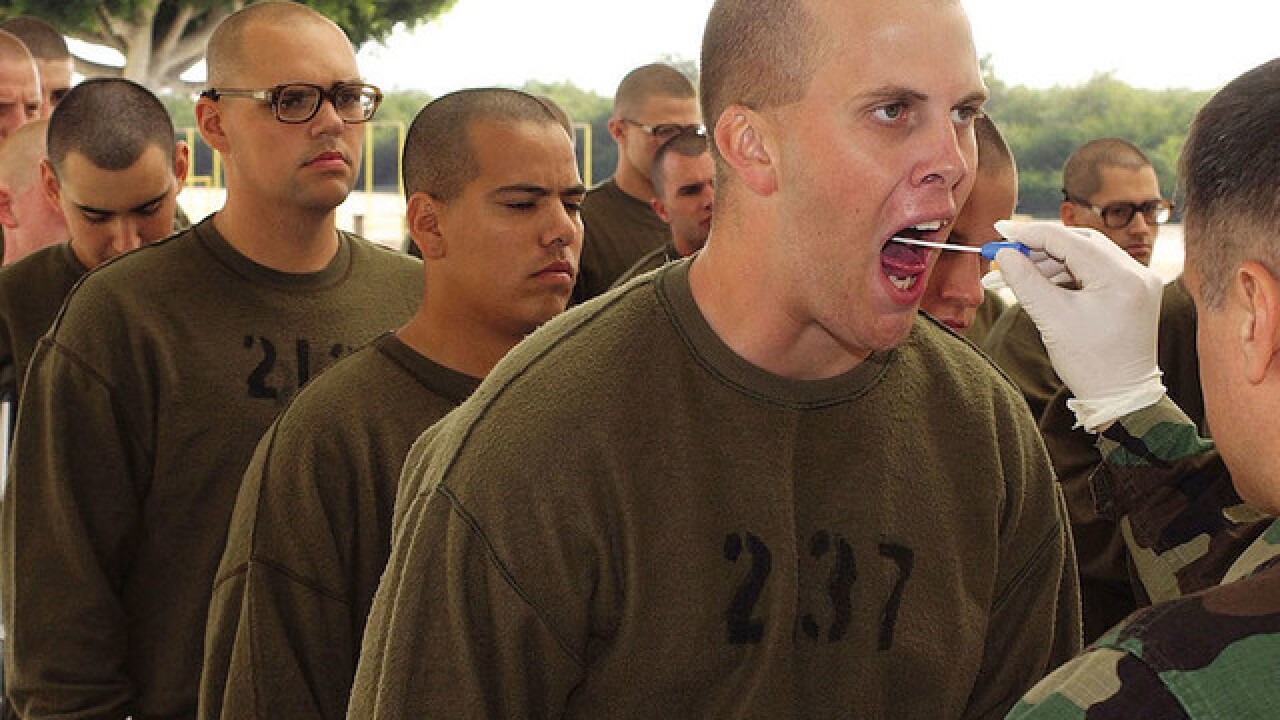 (CNN) -- If you're questioning whether tonsillectomy -- a surgical procedure to remove the tonsils -- can really improve sleep and throat health in children, new research suggests to cut it out.

Tonsillectomies help breathing during sleep and might reduce throat infections in the short term, according to two separate papers from researchers at Vanderbilt University Medical Center, published Tuesday in the journal Pediatrics. More research is needed to determine longer-term effects, researchers said.

"While these results are not surprising, they offer a more nuanced look at the effect of a common surgery on a very common problem," said Dr. Sivakumar Chinnadurai, an assistant professor of otolaryngology at the university medical center and a co-author of the papers.

Your tonsils, those round pieces of tissue in the back of your mouth, guard the rest of your body by activating the immune system early if they come into contact with germs.

However, large tonsils in children may hinder breathing when they sleep, a problem called obstructive sleep-disordered breathing (OSDB), and they can also trap and harbor bacteria in the throat, leading to infections.

These issues prompt about 530,000 children younger than 15 to have tonsillectomies each year in the United States.

"Currently, any child with OSDB and enlarged tonsils would be a candidate for tonsillectomy, assuming there are not other health conditions that render surgery unsafe," Chinnadurai said.

Tonsillectomy is one of the most common surgical procedures in the country, though fewer procedures have been performed since the 1970s as indications for this procedure have shifted from targeting infections to OSDB over time, according to the American Academy of Otolaryngology-Head and Neck Surgery.

Are tonsillectomies worth it?

One of the new papers was a meta-analysis, in which the researchers statistically combined and analyzed previous studies on the effectiveness of a tonsillectomy on sleep-related outcomes in patients with OSDB.

The researchers searched 9,608 studies to find 11, dating from 2000 to 2016, that included data on the efficacy of tonsillectomy for OSDB.

The researchers found that a tonsillectomy can provide short-term improvements in sleep outcomes as well as cognitive or behavioral performance among children with OSDB, compared with those who don't undergo surgery.

"Improvements were seen in objective measures of sleep, as well as translating to quality of life measures and behavioral outcomes," Chinnadurai said. However, more research is needed to determine longer-term outcomes.

For the second paper, the researchers combed through another 9,608 studies to find seven, also from 2000 to 2016, on the efficacy of tonsillectomy for throat infections.

The studies reviewed included children with at least three infections in the previous one to three years.

After reviewing the studies, the researchers found that, even in children with a few infections, their throat infections, health care utilization and school absences improved in the first year after surgery versus those who did not undergo surgery.

However, benefits did not persist over time, and longer-term outcomes were limited, the researchers wrote.

The researchers noted that they advocate for parents and physicians to make the decision together regarding a possible tonsillectomy for a child. The surgery poses risks, such as the potential for serious bleeding, swelling, infection, or reactions to anesthetics, that must be weighed with the potential benefits.

The recovery time for a tonsillectomy can range from at least 10 days to two weeks.

"The review is a reminder to carefully consider how much benefit the individual patient will experience if tonsillectomy is being considered due to recurrent throat infections," said Dr. Anna Morad, an assistant professor of pediatrics at Vanderbilt University and a co-author of the paper on throat infections.

A limitation of that paper, however, is that few of the studies reviewed clearly categorized the severity of the throat infections in the patients.

That data are needed because it can be difficult to determine whether a sore throat in a patient is in fact tonsillitis, said Dr. Nina Shapiro, director of pediatric otolaryngology and a professor at the University of California, Los Angeles' David Geffen School of Medicine. She was not involved in the new papers.

"It's very hard to define sore throat and tonsillitis in the general population. Many people will go to their doctors and think that they have tonsillitis, when it's really just a viral infection or a cold or a sore throat, with or without even involving the tonsils," Shapiro said.

The two papers reflect the ever-growing awareness that tonsillectomy may not necessarily be the ultimate and universal solution for either throat infections or obstructive sleep apnea, said Dr. David Gozal, professor of pediatrics at the University of Chicago and president of the American Thoracic Society, who was not involved in the new research.

"The major takeaway messages from these two studies is that you need to have a very objectively determined diagnosis before tonsillectomy surgery can be recommended," Gozal said.

"In other words, well-documented recurrent throat infections exceeding three a year or a sleep study or equivalent test clearly confirming the presence of sleep-disordered breathing should be the prerequisite," he said. "Unfortunately, only a small proportion of children get a sleep study before tonsillectomy."

Experts used to view tonsillectomies as a treatment for throat infections, but with a better understanding of the effects of the surgery, the vast majority now see the procedure as more of a treatment for sleep-related breathing problems, Shapiro said.

About 30 years ago, a whopping 90% of tonsillectomies in children were done for the recurrence of infections. Now, only about 20% are for infections, and 80% are for obstructive sleep problems, according to the American Academy of Otolaryngology-Head and Neck Surgery.

"There's still a misconception that tonsillectomy is just done for tonsillitis. The vast majority of kids who are undergoing tonsillectomy for sleep disorders have never had tonsillitis," Shapiro said.

More research is needed to better understand tonsillectomies, she said, and both papers reveal that need.

"What's notable is that in both of these studies, they started with nearly 10,000 studies, and in the sleep-disordered article, they were only able to use 11 studies, and in the tonsillitis article, they're only using seven studies, which really speaks to the lack of uniformity in our fields in really getting this data out," she said. "It really speaks to the fact that more research needs to be done in both of these areas."