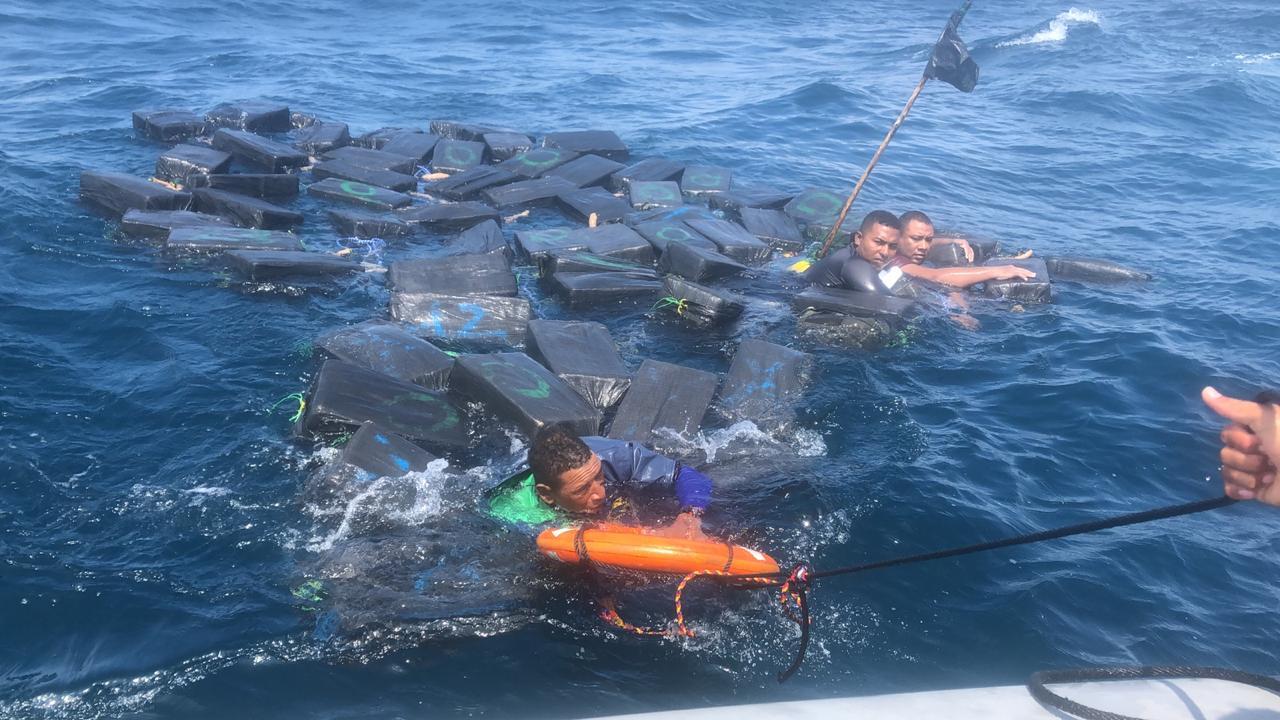 The bizarre rescue occurred 30 miles from Tumaco on Colombia's Pacific coast, and a total 1,265 kilograms (2,789 lbs) of cocaine hydrochloride were recovered, according to a statement from the navy.

During a search and rescue operation officials spotted the trio floating on a mass of packages of different sizes.

Footage of the incident shows navy officers throwing life belts to the three men from a coastguard vessel.

Once the three Colombian nationals and the packages had been taken safely to shore, chemical tests were carried out which determined that they contained cocaine hydrochloride.

The three have been turned over to prosecutors and are awaiting charges for the trafficking, manufacturing, and possession of narcotics.

Colombia has long been a significant producer of cocaine and the amount of land used for cocaine production recently reached a record high, according to a September 2018 report from the United Nations Office on Drugs and Crime (UNDOC).

A significant amount of Colombian cocaine is smuggled to North America via Central America and the Caribbean, much of it by sea.

According to the UNDOC report, Colombia leads the world in cocaine manufacturing, while North America is home to the majority of cocaine users.

In March, authorities at the Port of New York and New Jersey seized about 3,200 pounds of cocaine in what authorities said was the largest cocaine seizure at the port in nearly 25 years, and the second largest of all time.

The drugs were found aboard a shipping container that entered the US from Buenaventura, Colombia. They had an estimated street value of $77 million.

In January, US Secretary of State Mike Pompeo vowed the US will work with Colombia to decrease production of coca -- the plant used to manufacture cocaine -- by 50% by 2023.