Shelter tries to get families back into homes fast 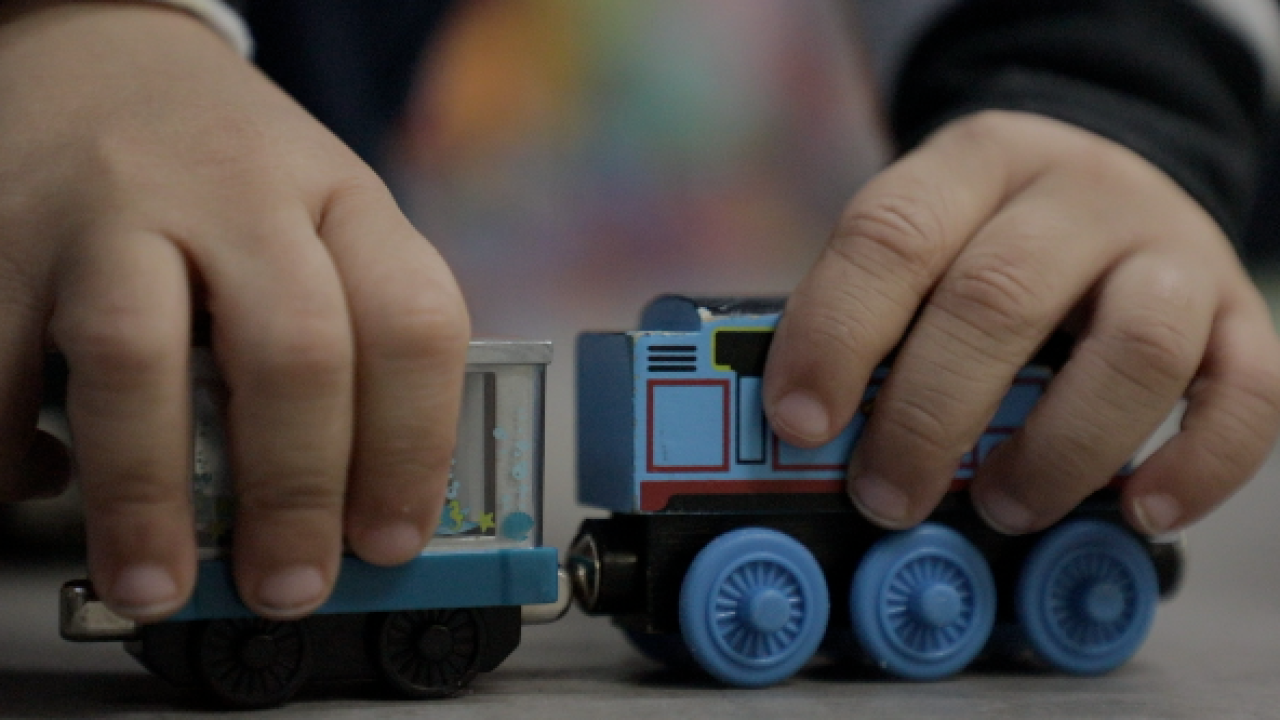 Talik Freeman is three years old. He loves Legos and toy trains. But this year for Christmas, his parents simply wanted an apartment they can sleep in at night.

Talik is named after his dad who goes to work everyday, but their family still hasn’t been able to get an apartment.

“I feel like we make good enough money to where we can, we can maintain ourselves, we just need that help getting in... just filling out applications with property managers and working on the whole process, we’re really close, super super close,” Freeman said.

According to the US Dept. Of Housing and Urban Development, the Freeman family is just one of more than 50,000 families that experienced homelessness last year. Now, the three of them are trying to break the cycle and spending their nights at Mary’s Place, a homeless shelter in Seattle.

“Last year we moved 650 families into housing, we’re on pace to do more than that this year,” said Marty Hartman, director of Mary's Place.

Mary's Place has multiple locations and this one is focused on getting families into homes, quickly.

“All of these families have been screened. They are working they have income, they have a housing resource and they can move quickly into housing and so their stay is very light,” said Hartman.

Families that stay here are close to getting back into homes, but because of many different barriers like trouble with car payments, some debt, or even paying to get recertified for a job, a lot of these families end up getting evicted from their homes. And when that happens, they go wherever they can.

Hartman and Mary’s Place searched the country for new options for these families and discovered housing diversion.

Diversion is a technique used to get people back into a home before they end up entering a shelter.

Hartman and her team found it costs an average of $1,900 to get people back into a home, which she says is significantly cheaper than housing them in shelters.

They use this shelter in Seattle as a combination between diversion and rapid rehousing or housing people as fast as possible when they get to the shelter.

“You can come inside, your children can have a bathroom, you can all take showers, you can have hot meals, you can sit around the table together as a family, you can do your homework with a lamp and not a street light,” said Hartman.

Guzman-Carranza, her husband, and two kids thought they could stay with a friend when they moved to Washington, but things didn’t go well.

“We ended up staying in a hotel until we ran out of money,” said Guzman-Carranza.

They eventually found Mary’s Place; now her husband is working again and they're saving their money for a deposit on an apartment.

“Our kids weren’t going to have a Christmas this year at all. We couldn’t afford it, we were trying to save up for an apartment,” said Guzman-Carranza.

That’s tough for Guzman-Carranza; she says she wants to give her kids everything, but right now they just need a home.

“You feel insecure, because you’re not giving your children stability,” said Guzman-Carranza.

HUD says that the family homelessness problem is shrinking and it’s fallen by 27% since 2010. But those numbers don’t make Freeman or Guzman-Carranza feel any better.

“When you have a family and you’re a man, you know you kind of, an extra weight being put on your shoulders to come through for your family, for your wife and kids,” said Freeman.

“Like you’re not being the best parent you can be, even though it’s just presents you know, but you still want to give them everything you can,” said Guzman-Carranza .

But Hartman and everyone at Mary’s Place says they won’t stop until there are no more kids sleeping outside in their area. Something she hopes others around the country are working for too.

“There’s no greater feeling than seeing a family get their keys and wave their keys up,” said Hartman.