Scientists are experimenting with insect fat, saying it could be a better for you than butter

Scientists are experimenting with insect fat 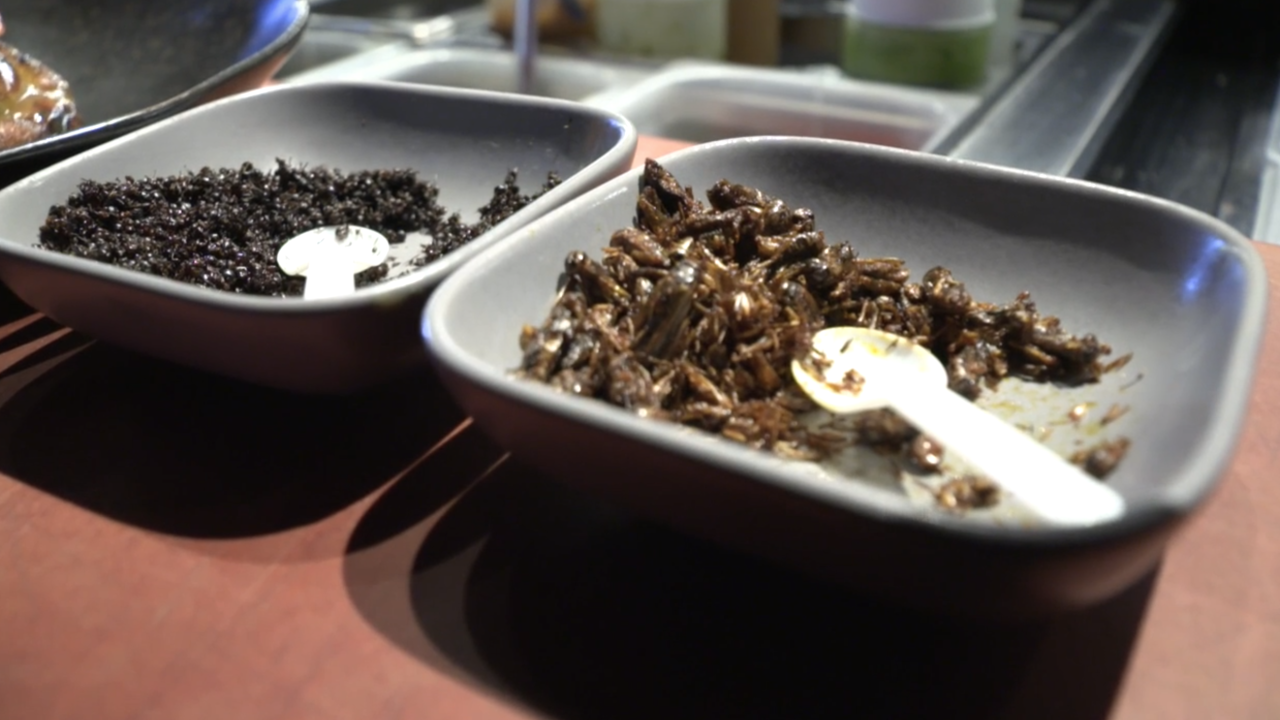 Annika Duden is a big fan of fat – all kinds of it.

“No, fat is not the enemy,” she said. “That’s a common misconception.”

Depending on her day – the functional nutritional therapy practitioner says she consumes up to 60 percent of her calories from fats.

“Here’s the truth: it’s actually the sugar and the carbohydrates that contribute to the adipose tissue or what we call body fat,” she said.

Now this fat lover is seeing a new trend in the fat game – insect fat.

“Well, it sounds gross right,” Duden said. “But I really can’t be one to say that because I am personally a fan of cricket protein powder. So, if we’re going to use the insects for another purpose, I think it’s great.”

Across the world, there’s more people experimenting with getting their essential fats from insects.

Belgian researchers from Ghent University discovered that fat made from black fly larvae is a more sustainable and environmentally friendly option compared to its dairy version. They also found that insect fat actually makes a pretty good substitute for traditional butter.

“This opens new possibilities for having another type of chemical composition for having,” said Daylan Tzompa-Sosa, Ph.D.

Tzompa-Sosa and her team of food scientists recently put insect butter to a blind taste test and found most people either didn’t notice or mind the difference.

“We are in north Europe and these north European countries are quite open to new food source and also they are interested in sustainable food,” she said.

In the United States, Americans are catching on and taking notice about using insect fat.

Sanchez says of all the options on the menu, there’s one dish that sticks out the most – a meal made with crickets and ants.

“When I first started here, I thought it was really interesting that we served bugs,” he said. “But I’ve grown to like them a lot.”

Food scientists say more than two billion people eat insects everyday across the world. Now, this interesting diet is catching on in America.

“We are starting in the west to look more at alternatives to meat or dairy to animal-based proteins,” said Wendy Lu McGill, owner of Rocky Mountain Micro Ranch – an edible insect food company in Colorado.

She says insect fats are good for the body and the environment.

“Insects are another option that are similarly really low carbon footprint to produce,” McGill said. “And they have the added benefit of having some of the nutrition and other characteristics as other animals.”

Despite all the perceived benefits, there are some concerns

“Insect fats are mostly comprised of Omega-3, Omega-9 and Omega-6 fatty acids – which makes them great to eat,” Duden said. “But cooking them, and especially cooking them at high heat, can easily rancidify them and therefore they would lose all their healthful benefits if they’re cooked too hot."