Surveillance video captured a burglary suspect run over an accomplice and an undercover cop in in San Francisco. 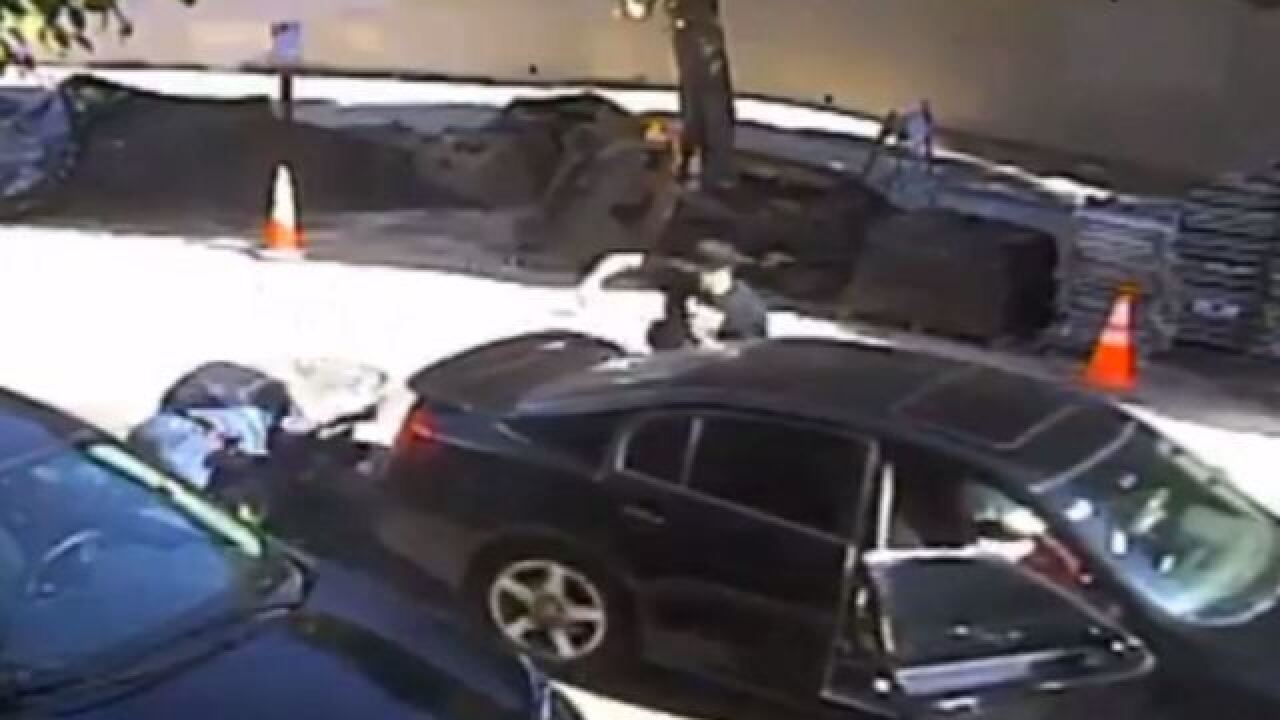 Surveillance footage captured the scene in Alamo Square Park, where two burglary suspects attempted to break into an SUV. After smashing their way in, undercover officers moved in to make arrests, according to ABC-affiliate KFSN.

WATCH: Surveillance video shows moment a car break-in spirals into dramatic confrontation between police and suspects. Driver of suspect car ends up running over his accomplice and an undercover officer. Police say they could have been killed. More at 11 on @abc7newsbayareapic.twitter.com/Giuz2jpW3I

During the confrontation, one of the suspects is tackled to the ground by an officer. While they were on the ground another suspect in a getaway vehicle put the car into reverse, striking the officer and suspect on the ground.

The officer struck was treated and released from a local hospital. The suspect was still being treated, KFSN reported.

The San Francisco Police Officers Association issued a statement following the incident, saying policies enacted by SFPD regarding use of force put the officer's life at risk. The statement read in part:

"It is so frustrating to SFPD officers that our Use of Force policy prohibits us from shooting at a suspect in a vehicle even if that suspect is trying to kill or seriously injure innocent civilians or our officers. That policy must be changed.

The POA hopes that the District Attorney charges these felons appropriately as dangerous felony auto burglars who attempted to murder a San Francisco Police officer by running over him in a three thousand pound vehicle."