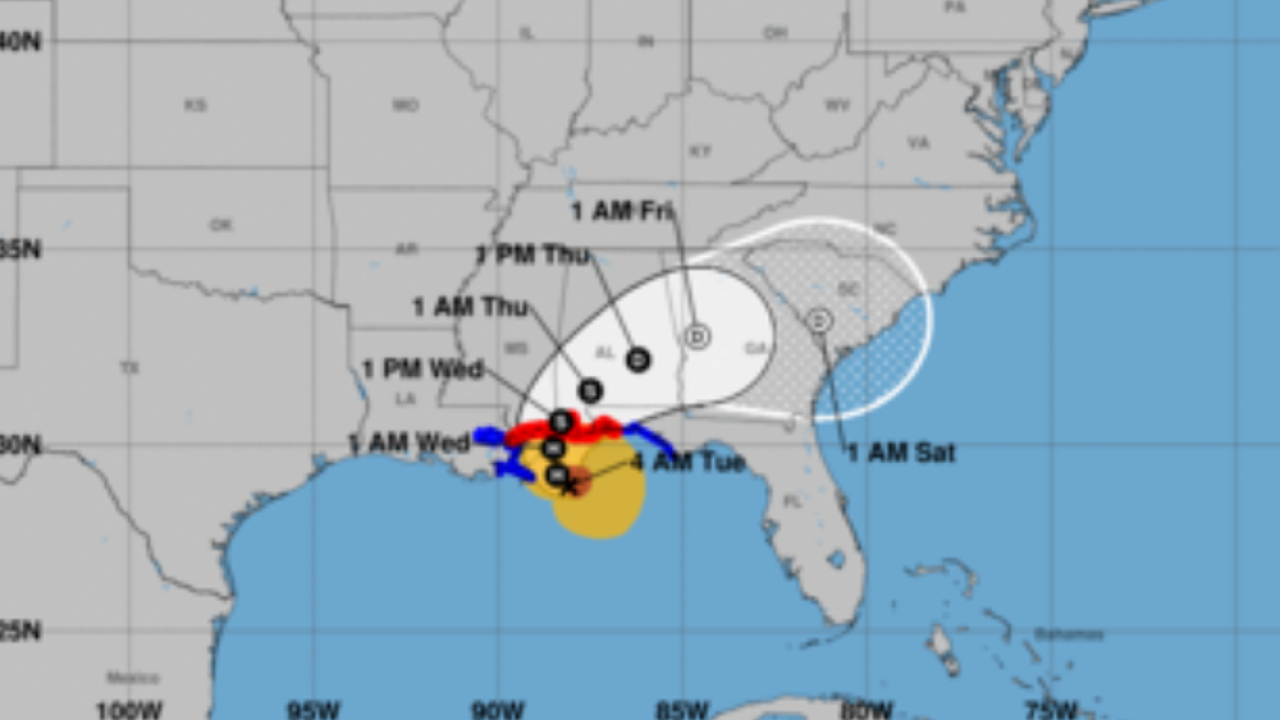 After briefly becoming a Category 2 storm on Monday, Hurricane Sally weakened back to a Category 1 storm overnight as it threatens to swamp Mississippi, Alabama, and the Florida panhandle.

In its 8 p.m. CT update, the National Hurricane Center said Tuesday that Sally currently has maximum sustained winds of 85 mph and is currently moving toward the Mississippi and Alabama shores at 2 mph.

At 9 p.m. CT, a sustained wind of 58 mph with a gust of 73 mph was reported at Petit Bois Island, Mississippi, the NHC said.

The overnight weakening is a welcome sign to forecasters. On Monday evening, NHC forecasted that Sally could produce winds of up to 110 mph before it made landfall.

NHC warned that even though the storm slowed down, it will still produce a "life-threatening" storm surge in the central Gulf Coast region of the U.S. The NHC says "historic" flash flooding is possible as it makes landfall.

The agency expects the Alabama coast to see the most flooding, including Mobile Bay.

Hurricane conditions are expected as early as Tuesday, and the storm is currently projected to make landfall by Wednesday morning.