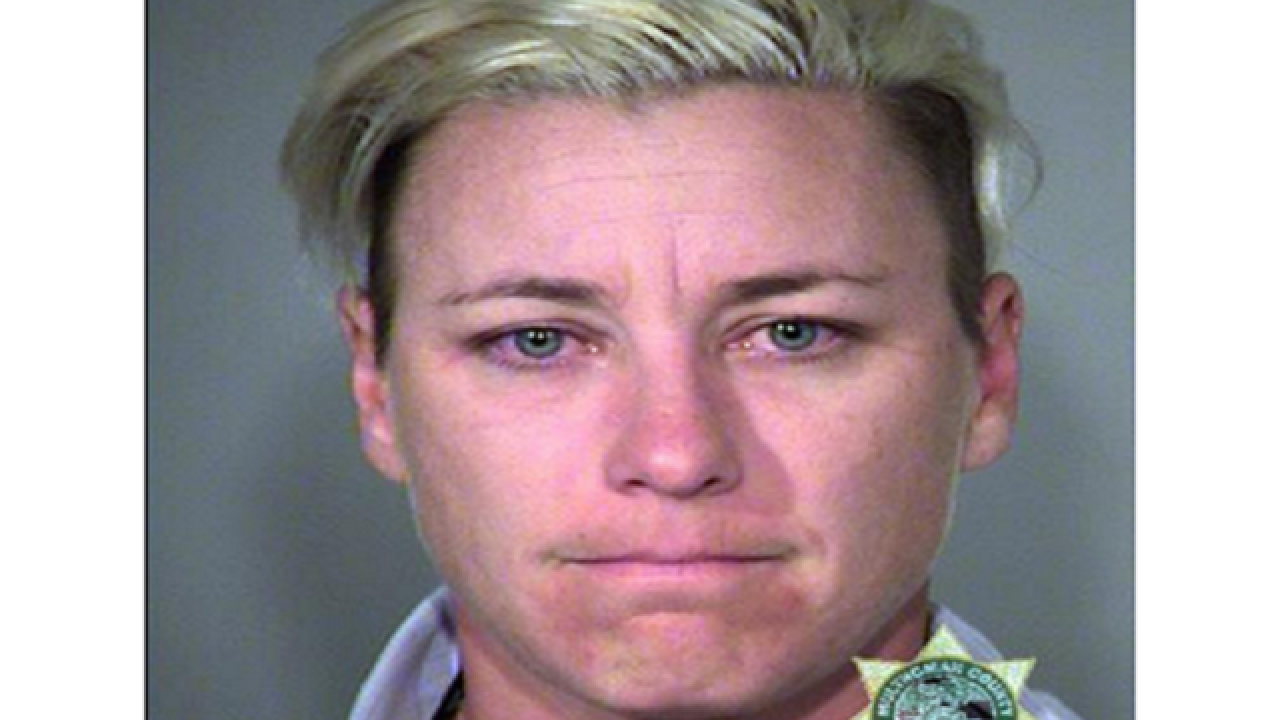 By: Associated Press
Posted at 10:15 PM, Apr 03, 2016
PORTLAND, Ore. (AP) — Retired World Cup soccer champion Abby Wambach was arrested for investigation of driving under the influence.
Portland police Sgt. Peter Simpson said in a statement Sunday that a sergeant stopped the 35-year-old Saturday night after she reportedly ran a red light in her Range Rover near downtown.
Simpson says Wambach failed field sobriety tests and was arrested. He says she also failed a breath test at the police precinct.
Wambach, who lives in Portland, was booked into Multnomah County Jail early Sunday on a charge of Driving Under the Influence of Intoxicants (DUII) — Alcohol. Jail booking records show she was released Sunday on her own recognizance.
Wambach is the leading career scorer — male or female — in international soccer with 184 goals. She retired in December after 15-years with the U.S. women's national team.
She issued a statement on her Facebook page on Sunday morning, writing she was arrested as she was returning home from dinner at a friend's house.
"Those that know me, know that I have always demanded excellence from myself. I have let myself and others down. I take full responsibility for my actions," she wrote. "This is all on me. I promise that I will do whatever it takes to ensure that my horrible mistake is never repeated.
"I am so sorry to my family, friends, fans and those that look to follow a better example."
The Portland Police Bureau said Wambach was "polite and cooperative throughout the investigation."
One of Wambach's sponsors, MINI USA, said Sunday night it was withdrawing ads for the automobile that feature Wambach.
"This behavior is against the values we promote as an organization and the safety of everyone on the road is a priority here at MINI. Because of this, we are re-evaluating her association with the brand and are pulling content that individually features Abby from our marketing," the company said in a statement. "We will continue to assess the situation and weigh our options."
Wambach capped her career last summer with the sport's most prestigious championship when the United States defeated Japan 5-2 in Canada at the World Cup. It was the third World Cup title for the U.S. women, and first since 1999.
Wambach announced her retirement in October. Since she stepped away from the team, she has made several appearances in charity events and also campaigned for former U.S. Secretary of State Hillary Clinton.
She played her last match with the team in December, a 1-0 loss to China in New Orleans.
Wambach appeared in four World Cups with the national team. She also has a pair of Olympic gold medals from the 2004 Games in Athens and the 2012 Games in London. She did not compete in the Beijing Games because of a broken leg.
Wambach has also been active in fighting for equal rights for female athletes. She led a group of players in protesting FIFA's decision to play the 2015 World Cup on artificial turf, which is considered by many players to be inferior to grass.
Copyright 2016 The Associated Press. All rights reserved. This material may not be published, broadcast, rewritten or redistributed.