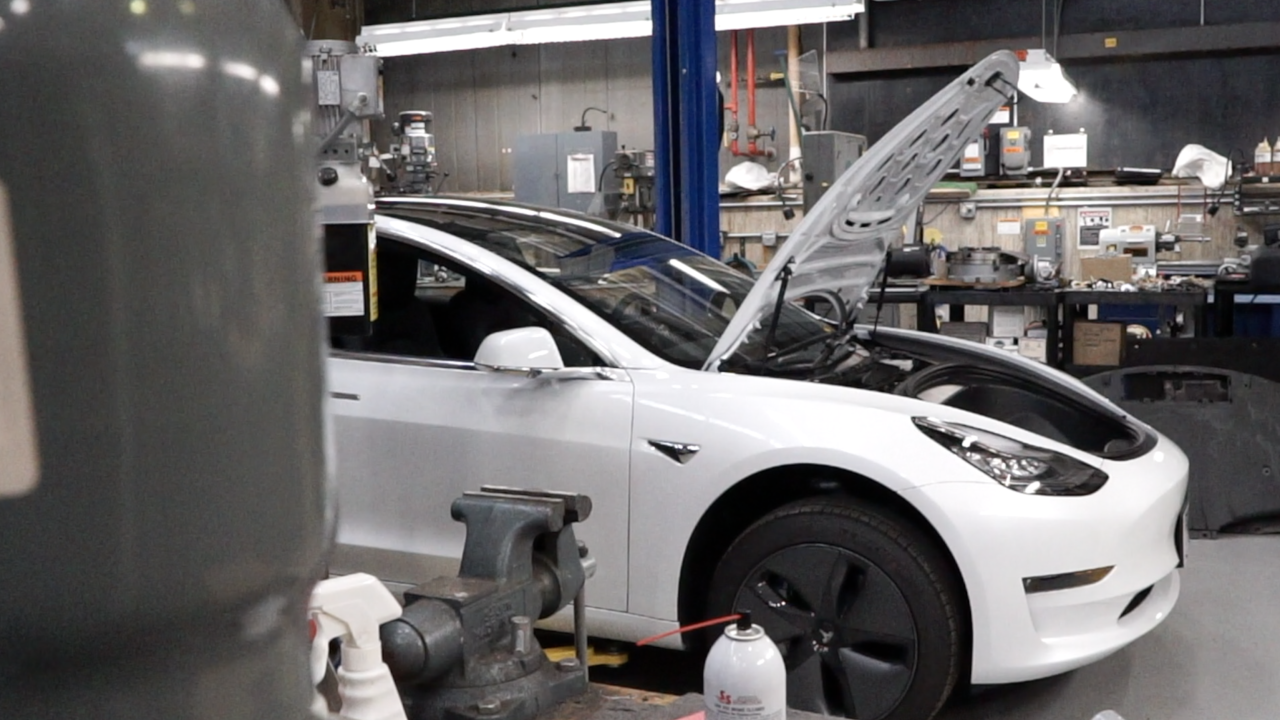 Getting from here to there is becoming increasingly more sustainable, in part, by electric cars.

“All the cars are getting electrified,” Don Hillebrand, with the Advanced Powertrain Research Facility at Argonne National Labs in Illinois, said. “The minivan and the middle of the road sort of cars and the trucks.”

By 2040, more than half of new car sales and a third of all cars on the road across the world are projected to be electric, according to Bloomberg.com.

But it raises an important question.

“What do you do with these batteries at the end of their life?” Linda Gaines said. Gaines is the chief scientist for Recell Center of Advanced Battery Recycling.

“For a long time a lot of us looked at electrification sort of as hype,” Hillebrand explained.

Hillebrand works at Argonne National Labs in the energy systems division, focusing on optimizing how energy is used. He sees one big problem in the creation of electric car batteries.

“There are not enough fundamental elements that go into batteries for us to make all the batteries we need forever and throw them away when we’re done,” he said.

Meaning these elements need to be reused.

“The early batteries from 10 years ago are hitting the end of their life,” he said.

The global stockpile of these batteries is expected to exceed 3.4 million by 2035, compared to 55,000 in 3018, according to the Institute for Energy Research. Once the battery loses 20 to 30 percent of its capacity, the available driving range gets shorter, so some companies are using them for other purposes.

Florida Power and Light is using them for power storage, and Nissan is reusing old Leaf batteries to power Japanese street lights.

These companies are repurposing, but researchers think another fix could come in the development stage.

“After 10, 15 years, those batteries are going to reach the end of life and we have to do something with them,” Venkat Srinivasan, a battery scientist at Argonne National Labs, said. “We think there are ways in which we can make these batteries last more than 20 years.”

And that’s exactly what’s being done inside this facility. The lab he works in is looking into ways to make batteries last longer. But for now, the main focus is on giving them a second life by recycling.

“The biggest challenge today in recycling batteries is they’re not economic,” Venkat said.

That's where the Recell Battery recycling center and other recycling businesses come into play.

“If you can recover the materials in the battery in a usable form,” Linda Gaines explained. “You can actually recover valuable product.”

This includes cobalt and other elements.

Linda Gaines and Jeff Spangenberger are part of this center. Their goal is to come up with a recycling process that’s profitable.

“Some things take more energy and resources to recycle then it did to make them in the first place,” Gaines said. “So, when you’re looking at the whole life cycle of the product, you need to try to figure out what the benefits are and what the costs are to recycle.”

To understand size, one pouch cell in an electric car battery is about the size of a tablet. In the generation 1 Chevy Volt there are 288 pouch cells in one battery.

Cars have become the biggest user of lithium ion batteries -- even more than consumer electronics, the Institute for Energy Research said.

While Recell is looking into ways to make the recycling process more beneficial and profitable, Larry Reaugh with American Manganese, Inc. is doing something similar.

“That’s where we come in, we want the battery packs,” Reaugh said.

With their process, they are able to recover the elements inside the battery, comparing their operation to a small operating mine.

“There’s a lot of money in it, because it’s very valuable material,” he said.

As more batteries retire, companies like this will become more important.

“There’s a trickle of batteries that are being recycled right now, but there’s gonna be an avalanche of batteries coming in the next 5 to 10 years as cars hit the end of their life,” Hillebrand said.

Scientists like Venkat will search for ways to make these batteries even more sustainable in the future, to prevent the stockpile from adding up.

Editors Note: The story has been updated to accurately attribute Bloomberg to the prediction of electric cars on the road by 2040.