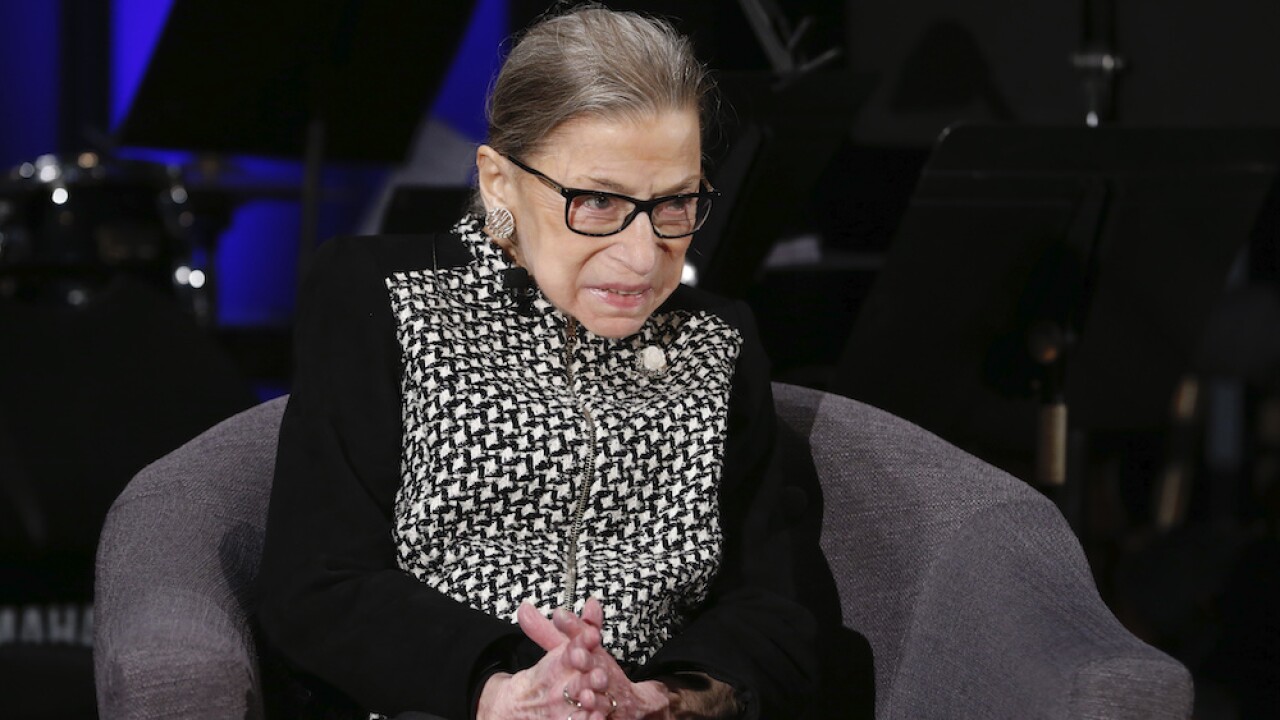 Ruth Bader Ginsburg, a longtime member of the United States Supreme Court, has died at the age of 87, the Supreme Court confirmed in a statement.

Ginsburg has been a justice on the nation's highest court since being appointed by President Bill Clinton. She was just the second woman appointed to the United States Supreme Court.

“Our Nation has lost a jurist of historic stature. We at the Supreme Court have lost a cherished colleague," Chief Justice John Roberts said. "Today we mourn, but with confidence that future generations will remember Ruth Bader Ginsburg as we knew her -- a tireless and resolute champion of justice.”

Ginsburg has been in and out of the hospital for the last several months as she battled metastatic pancreas cancer. Despite her multiple battles with cancers, Ginsburg remained active on the bench, and participated in a number of important rulings over the summer.

Ginsburg died in her home surrounded by family, the Supreme Court said in a statement.

President Donald Trump learned of her death from reporters after leaving a rally in Minnesota.

Trump's opponent in the November election, Joe Biden, also reacted to her death.

"Ruth Bader Ginsburg stood for all of us," Biden said. "She fought for all of us. As a young attorney, she persisted through every challenge that an unequal system placed in her way to change the laws of our land and lead the legal charge to advance equal rights for women. It was my honor to preside over her confirmation hearings, and to strongly support her accession to the Supreme Court. In the decades since, she was consistently and reliably the voice that pierced to the heart of every issue, protected the constitutional rights of every American, and never failed in the fierce and unflinching defense of liberty and freedom. Her opinions, and her dissents, will continue to shape the basis of our law for future generations."

"Rosalynn and I are saddened by the passing of Justice Ruth Bader Ginsburg," President Jimmy Carter said. "A powerful legal mind and a staunch advocate for gender equality, she has been a beacon of justice during her long and remarkable career. I was proud to have appointed her to the U.S. Court of Appeals in 1980. We join countless Americans in mourning the loss of a truly great woman. We will keep her family in our thoughts and prayers during this difficult time."

"Laura and I join our fellow Americans in mourning the loss of Ruth Bader Ginsburg," President George W. Bush said. "She dedicated many of her 87 remarkable years to the pursuit of justice and equality, and she inspired more than one generation of women and girls. Justice Ginsburg loved our country and the law. Laura and I are fortunate to have known this smart and humorous trailblazer, and we send our condolences to the Ginsburg family."

Ginsburg's death and what becomes of her seat will certainly become a political battle, much like what happened in the weeks and months following the death of conservative Justice Antonin Scalia in 2016. Scalia's death, which came nine months before the presidential election, became a focal point of that year's election. President Barack Obama attempted to fill the seat, but Republicans in the Senate blocked the appointment.