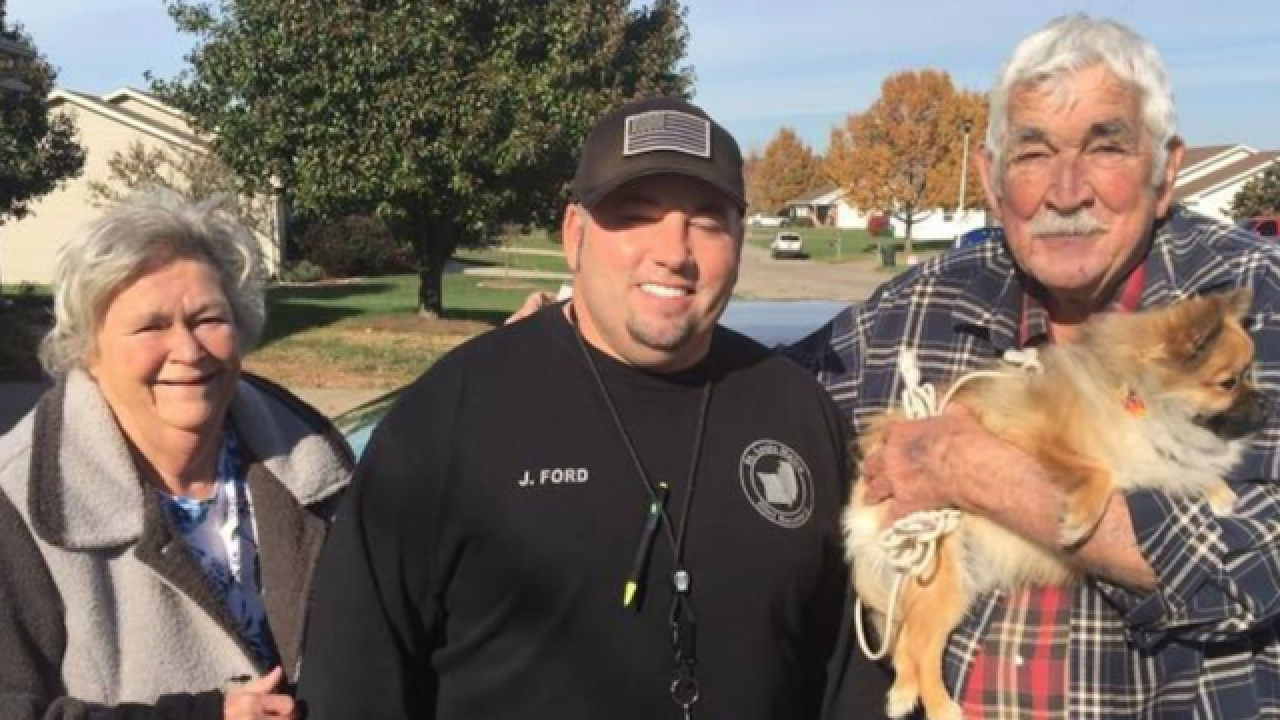 Jimmy Ford has repossessed countless number of vehicles during his 20-year stint as a repo man in Illinois. Last week, Ford's work forced him to repossess a 1998 Buick from Stan and Pat Kipping.

Seeing that the couple was struggling to make ends meet, Ford started a Go Fund Me page with the goal of raising $2,120 to pay the car off, and return the car to the Kippings.

In just three days, Ford raised nearly $6,000, and paid the car's debt off. On Monday, Ford returned the vehicle to the Kippings.

"They'd fallen behind because of the price of her husband's medications that have doubled over the last year," Ford said. "I was told he has the beginning stages of dementia and that they couldn't even afford to get a few of his scripts this month because of the price increases."

According to KTVI-TV, when Ford returned the vehicle Monday, he had the car's oil changed and detailed.

The additional money is being used to help pay for the Kippings' increasing medical expenses, and for them to have a bountiful Thanksgiving.

“We owe a drug store $500,” Pat Kipping told KTVI-TV. “We owe IGA, our grocery store, money. And then this happened. It’s made me think that there are very good people out there, and it’s not all bad.”

As of late Tuesday evening, 146 people had donated to help the Kippings.

"I am a nurse and have seen how rough things can get for seniors struggling to afford their medications. I hope this campaign continues to grow and can provide you both with some well deserved peace of mind," said donor Rebecca Fannin.