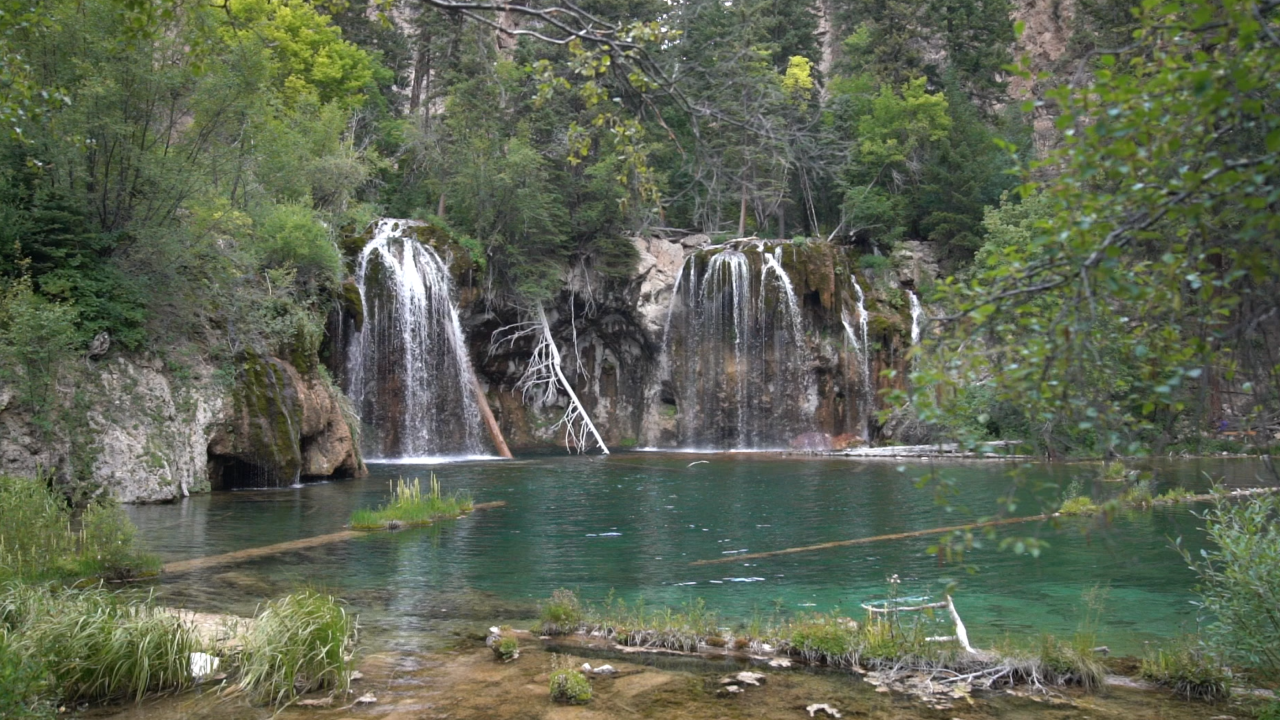 Whether it's searching for inner peace, getting good exercise, or simply enjoying nature, more and more people are getting outdoors. Popular trails attract hundreds of people a day, so park officials are working to find new ways to manage large crowds. A National Natural Landmark in Colorado has created a system to do just that.

"Hanging Lake is one of Colorado's most unique gems. If you were to Google Hanging Lake, it is probably likely to pop up on one of the top 10 locations to hike in Colorado," Deputy District Ranger Marcia Gilles said.

Hanging Lake trail is a 1.2-mile trek to a lake that hangs in a valley. Its unique characteristics have turned it into one of nearly 600 National Natural Landmarks across the country. According to Heather Eggleston, with National Parks Service, there are NNL locations all over the U.S., big and small.

"A National Natural Landmark is an area that is recognized as containing outstanding biological or geological features, and each site really is an important example of America's natural heritage," Eggleston said.

Valley of Fire in Las Vegas, Diamond Head on the island of Oahu, and Okefenokee Swamp in Georgia are a few other popular locations.

Hanging Lake stands out because of its hanging gardens and minerals in the water that give it a gorgeous turquoise color. However, each year crowds have continued to grow. Now, the trail has started to get overrun with tourists, impacting the lake's fragile ecosystem.

"Visitors are coming from everywhere to visit this site because they're hearing about it," Gilles said. "The growth of Hanging Lake really took off with social-media influence, and when one person goes, they find out from their friends and see a picture and think 'I wanna go there.'"

Gilles says the trail has seen a 50 percent increase in visitation the past three years.

"On busy days, you would have 1,300 people hiking Hanging Lake," Gilles said.

There was a loss of vegetation on the sides of the trail, people were littering, and parking at the bottom of the trail was nearly impossible.

"I heard before it was hard to find parking, you had to get here like super early," hiker Christina Tran said.

It's a problem other NNLs are experiencing as well. Word of mouth travels fast, and a good time shared on social media travels even faster. Valley of Fire has tourists flocking to Las Vegas at a rate that's put a strain on that outdoor wonder. Same goes for Diamond Head and other NNLs this time of year.

But the folks in charge of Hanging Lake have come up with solution. It involves a new system, requiring a permit and shuttle reservation.

Six hundred and fifteen people are allowed on the hike each day. After reserving your spot online, you pick up your permit at the Hanging Lake Welcome Center and hop on a shuttle. Before the shuttle system was in place, Gilles said there was often a long line of cars waiting for a parking spot, or people would park illegally, and sometimes there were even fist fights.

A little extra effort comes in making a reservation, but the hope is to preserve the national natural landmark, while also keeping hikers happy with the experience.

"I mean there's pros and cons to both, but I'm not complaining about this system. I think it's convenient, and that way it preserves the land, doesn't have people parking everywhere," hiker Hannah Richard said.

"It's pretty tricky, and so you really wouldn't want to be stuck behind people or in tight groups. You want to be able to move freely to safely climb up there. So I think it's a pretty good system," hiker Denise Brooks said.

Some parts are also blocked off, and signs have been added to help educate hikers on the best way to respect the land.

Because each National Natural Landmark is owned by a variety of public and private landowners, there's no data to show how many NNLs are dealing with the issues that come from large masses of people.

Since the new system has been implemented at Hanging Lake, the trail is slowly getting restored, and hikers say they can safely enjoy the trail, as nature intended it to be.