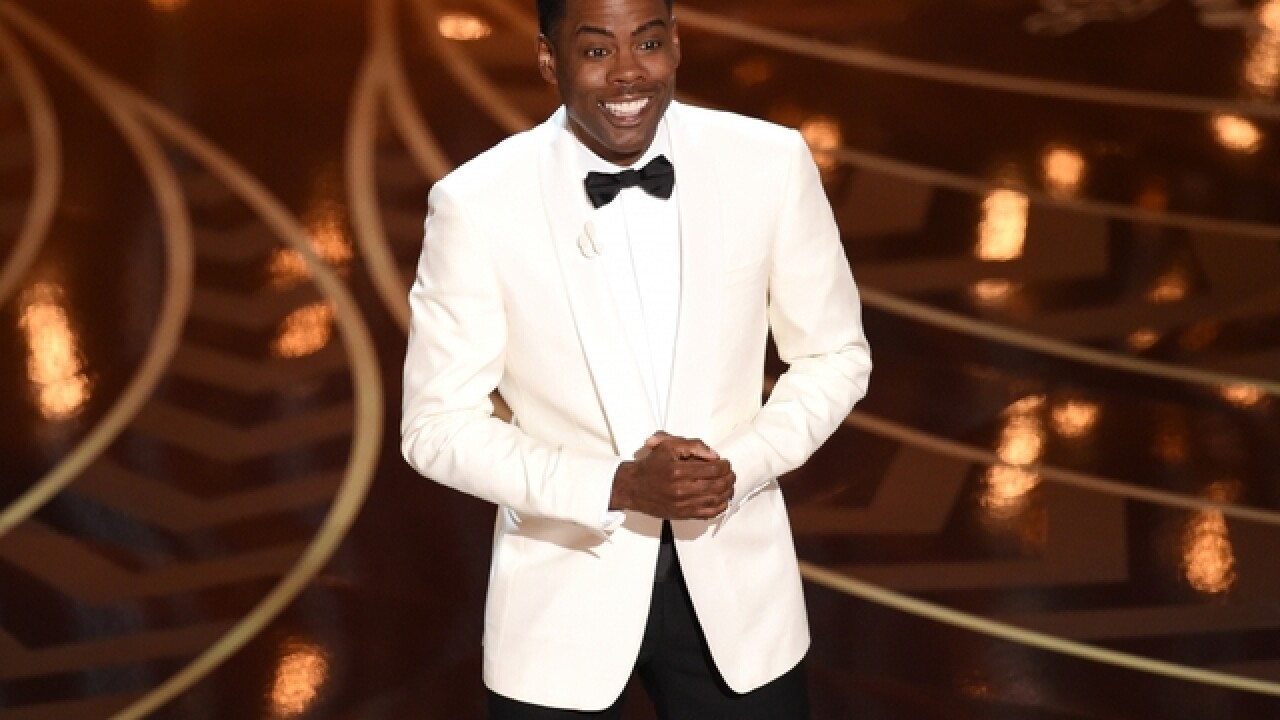 NEW YORK (AP) — Don't blame the effort to promote an Oscars boycott among blacks because of diversity concerns for the drop in Academy Awards viewership this year.
The Nielsen company said Tuesday that an estimated 3.22 million black viewers watched the Oscars on ABC Sunday, a decline of 2 percent from the 2015 show. The show's overall viewership of 34.4 million was an eight-year low, and a drop of nearly 8 percent from the year before.
Prior to the Chris Rock-hosted show, anger about a lack of minority nominees for the big awards led to the call for black viewers to tune out. It apparently wasn't heeded, or viewers wanted to hear what Rock had to say about the issue — and it was the central theme of his monologue.
Within the past decade, the Oscars had a smaller number of black viewers in 2012, 2011, 2009 and 2008, Nielsen said.
So the academy must look to other explanations for the drop; the general theory has been that the popularity of movies up for Oscars is the biggest factor in viewership fluctuations. Ratings for the Golden Globes were also down this year.
The Oscars enabled ABC to take a rare prime-time win in the Nielsens, as the network averaged 9.4 million viewers. CBS had 7.8 million viewers, NBC had 4.4 million, Fox had 4 million, Univision had 1.9 million, the CW had 1.8 million, ION Television had 1.3 million and Telemundo had 1.2 million.
CNN was the week's most popular cable network, averaging 2.36 million in prime time with the help of a Republican presidential debate. Fox News Channel had 2.03 million, USA had 1.7 million, HGTV had 1.69 million and TBS had 1.63 million.
NBC's "Nightly News" topped the evening newscasts with an average of 8.91 million viewers. ABC's "World News Tonight" was second with 8.88 million and the "CBS Evening News" had 7.7 million viewers.
For the week of Feb. 22-28, the top 10 shows, their networks and viewerships: Academy Awards, ABC, 34.43 million; "Live From the Red Carpet, Part 3," ABC, 22.28 million; "NCIS," CBS, 17.47 million; "The Big Bang Theory," CBS, 15.94 million; "Live From the Red Carpet, Part 2," ABC, 15.7 million; Republican Presidential Debate, CNN, 13.1 million; "The Walking Dead," AMC, 12.79 million; "NCIS: New Orleans," CBS, 12.6 million; "Live From the Red Carpet, Part 1," ABC, 11.53 million; "Blue Bloods," CBS, 10.33 million.
Copyright 2016 The Associated Press. All rights reserved. This material may not be published, broadcast, rewritten or redistributed.