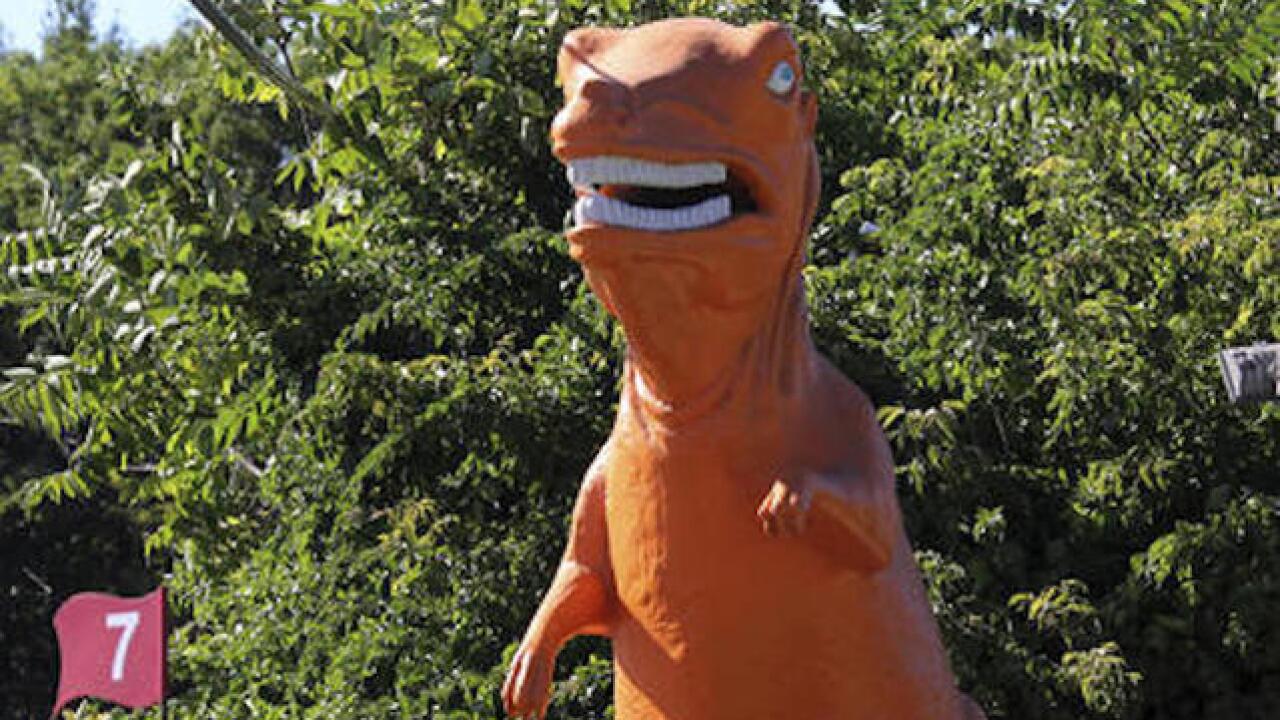 Copyright Associated Press
&lt;p&gt;In this Monday, Sept. 12, 2016 photo, a 20-foot-high orange dinosaur stands near Route 1 in Saugus, Mass. Some feared the 20-foot dinosaur would disappear because the miniature golf course on which it has stood since 1958 was sold to a developer. But development project partner Michael Barsamian tells The Daily Item of Lynn that he plans on installing the dinosaur next to a new hotel. (Owen O'Rourke/The Daily Item of Lynn via AP)&lt;/p&gt;

SAUGUS, Mass. (AP) — The giant orange dinosaur seen by thousands of motorists a day on a Massachusetts highway has been saved from extinction.

Some feared the 20-foot dinosaur in Saugus would disappear because the miniature golf course on which it has stood since 1958 was sold to a developer who plans on building apartments, a hotel and retail space at the site.

But project partner Michael Barsamian tells The Daily Item of Lynn that he bought the roadside kitsch and plans on installing it next to the new hotel. He says the dinosaur is like Boston's Citgo sign.

A woman whose family owned the mini golf course says she had several inquiries about purchasing the dinosaur and is glad it's staying close.