The man was eventually taken into custody after barricading himself inside a vehicle along the Hoover Dam Bridge. Austin Carter reports. 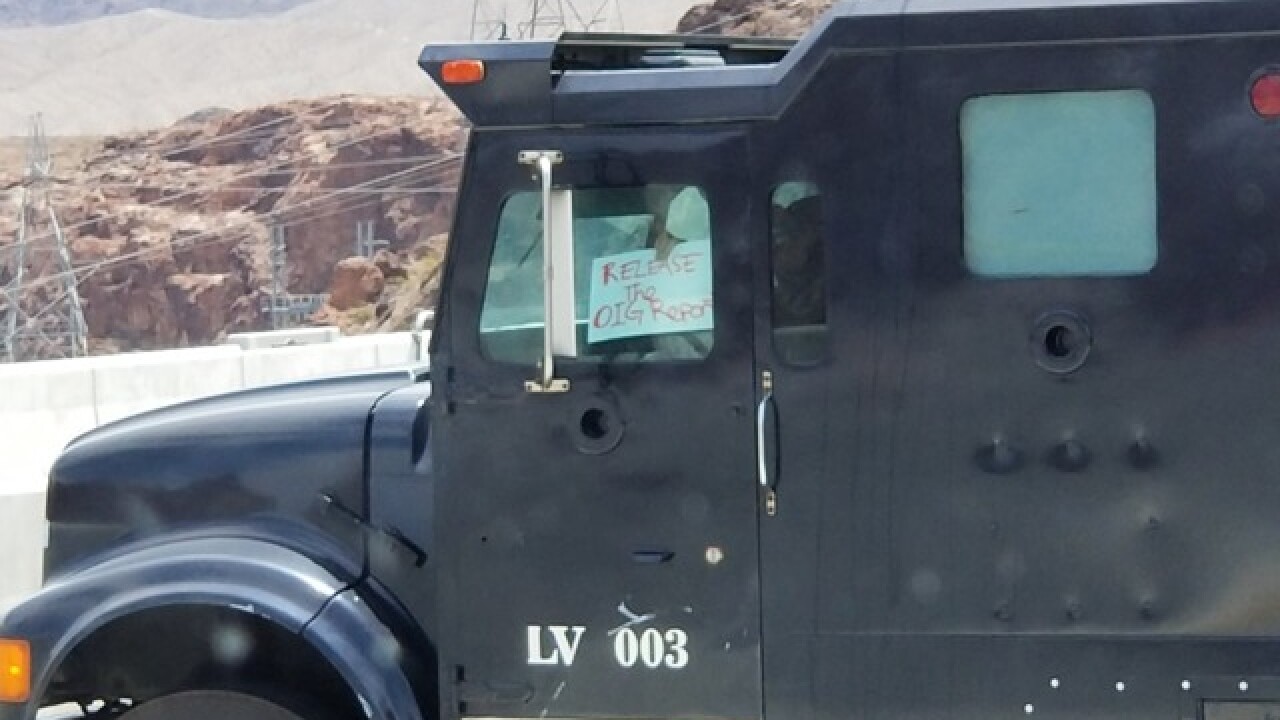 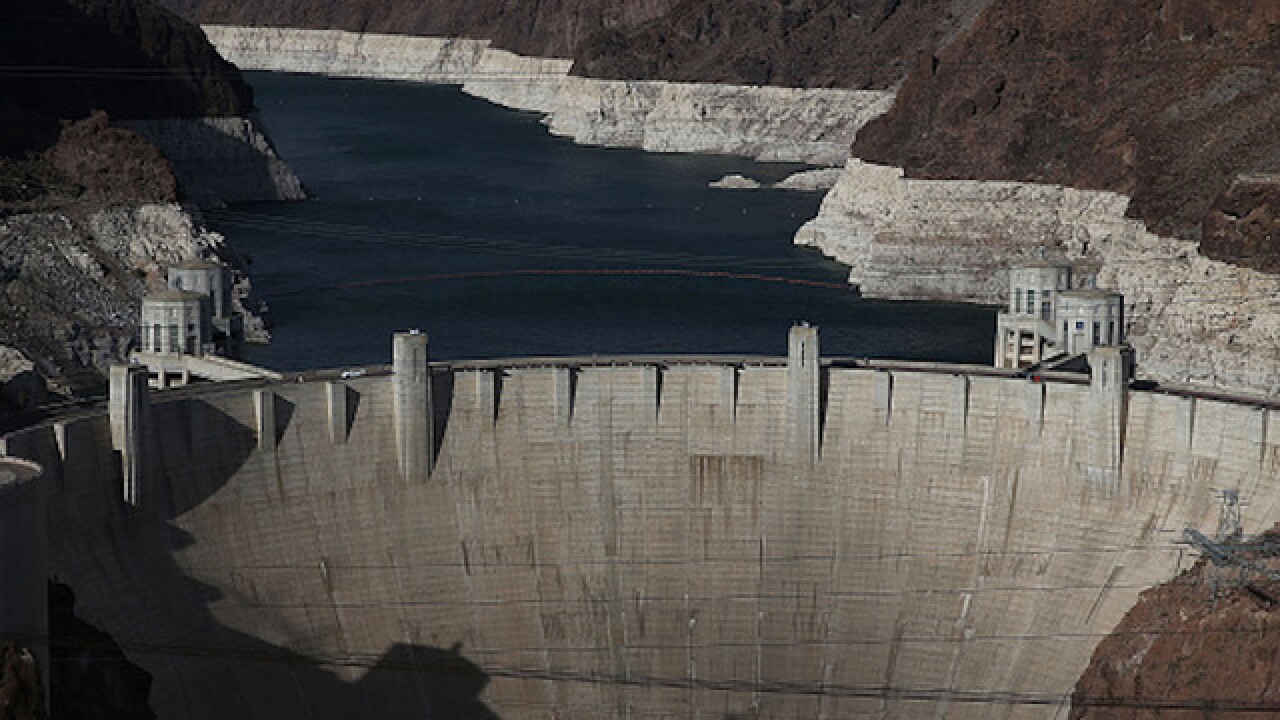 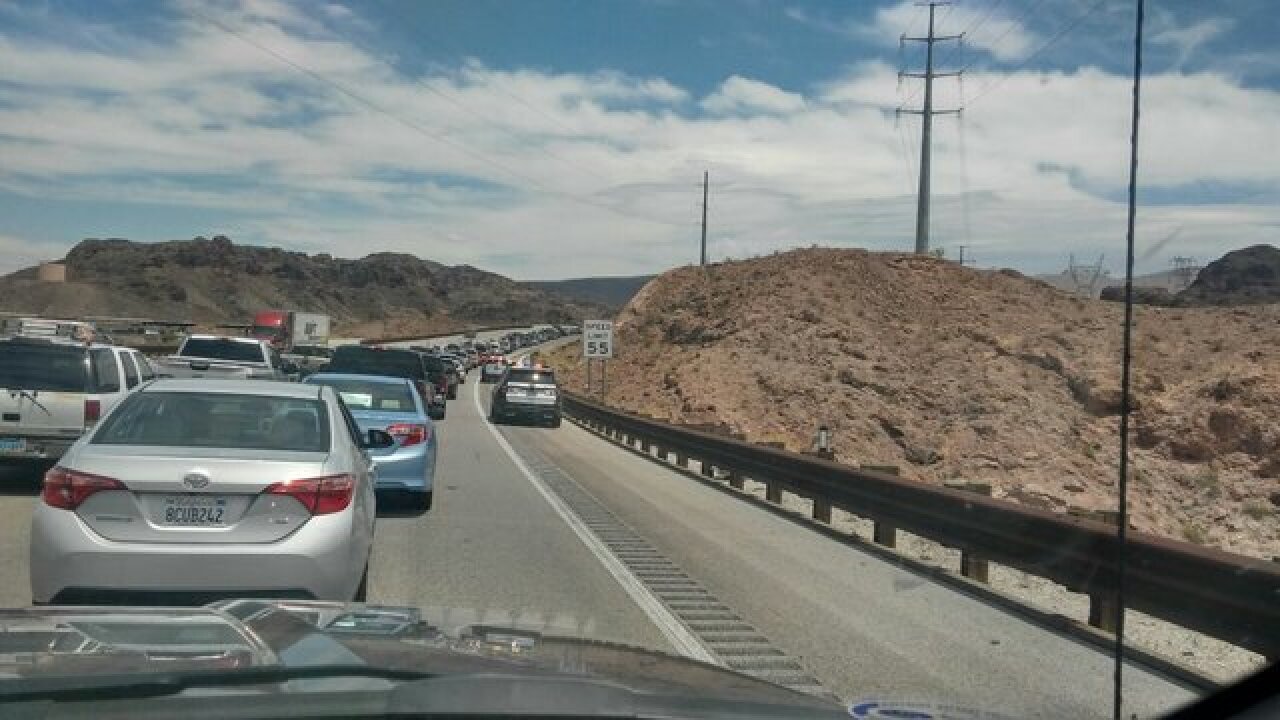 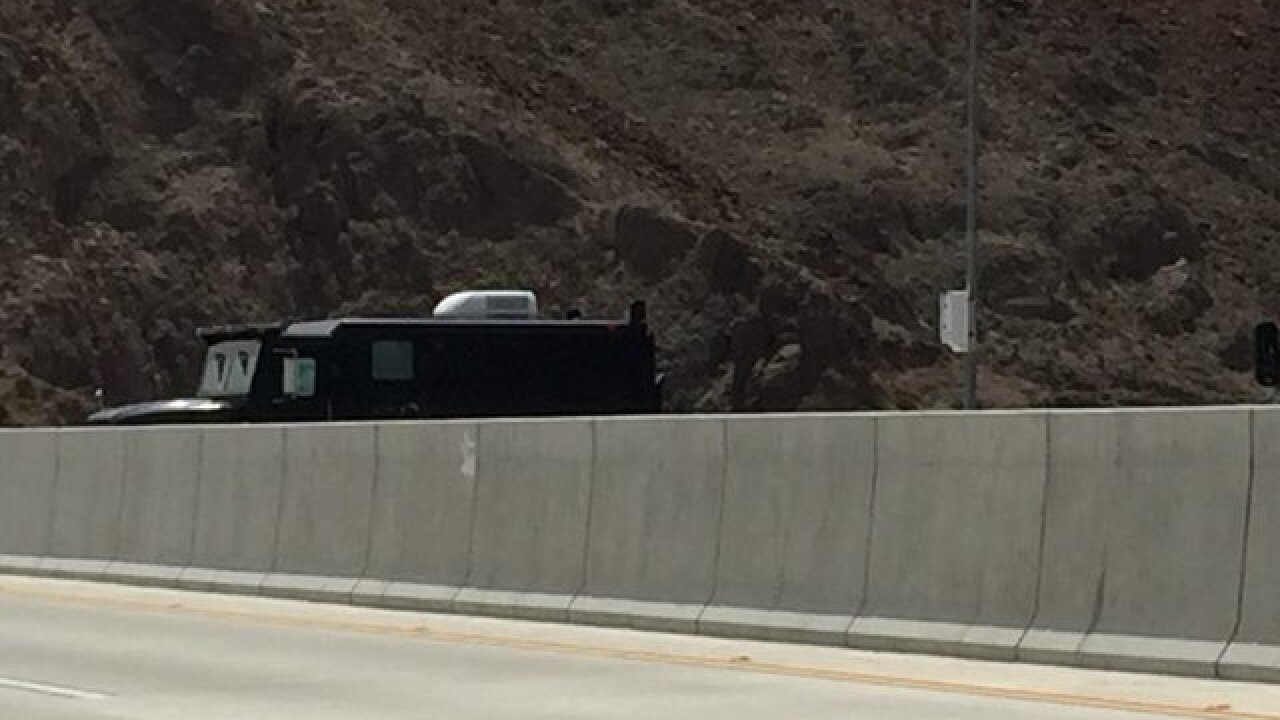 Officials have arrested a 30-year-old man from Henderson, Nevada in a barricade incident on the Hoover Dam bridge Friday.

Around noon, Arizona Department of Public Safety troopers received information that a man, later identified as Mathew P. Wright, armed with a rifle and in an armored vehicle was blocking the Mike O’Callaghan-Pat Tillman Bridge, which extends over the Colorado River at the Hoover Dam.

The black armored vehicle was parked crossways across the southbound lanes of the bridge, where the Arizona/Nevada state lines meet. The male suspect was reported outside of the vehicle holding a sign that said, “release the OIG report."

At about 12:53 p.m., the armored truck began to move, leaving the bridge and traveling southbound on U.S. 93, failing to yield to law enforcement. On the Arizona side of U.S. 93, the truck ran over tire deflation devices set out by troopers and three of the truck's tires deflated. However, the vehicle continued southbound.

Further down U.S. 93, a roadblock was set up with a semi-truck, blocking both the southbound lanes of US 93. As the truck approached the roadblock, it turned west on Cranes Nest Road, which is unpaved, and drove towards the Colorado River. Troopers and National Park Service Police followed the truck down the dirt road.

At about 1:28 p.m., the truck came to a stop on the dirt road with troopers and National Park Police behind it. The driver got out of the truck and was immediately taken into custody without incident. A rifle and handgun were found inside the truck.

Wright was booked into the Mohave County Jail on the charges of obstruction of a highway, endangerment, unlawful flight from law enforcement, misconduct involving a weapon and terrorist acts.

The investigation of this incident is ongoing.