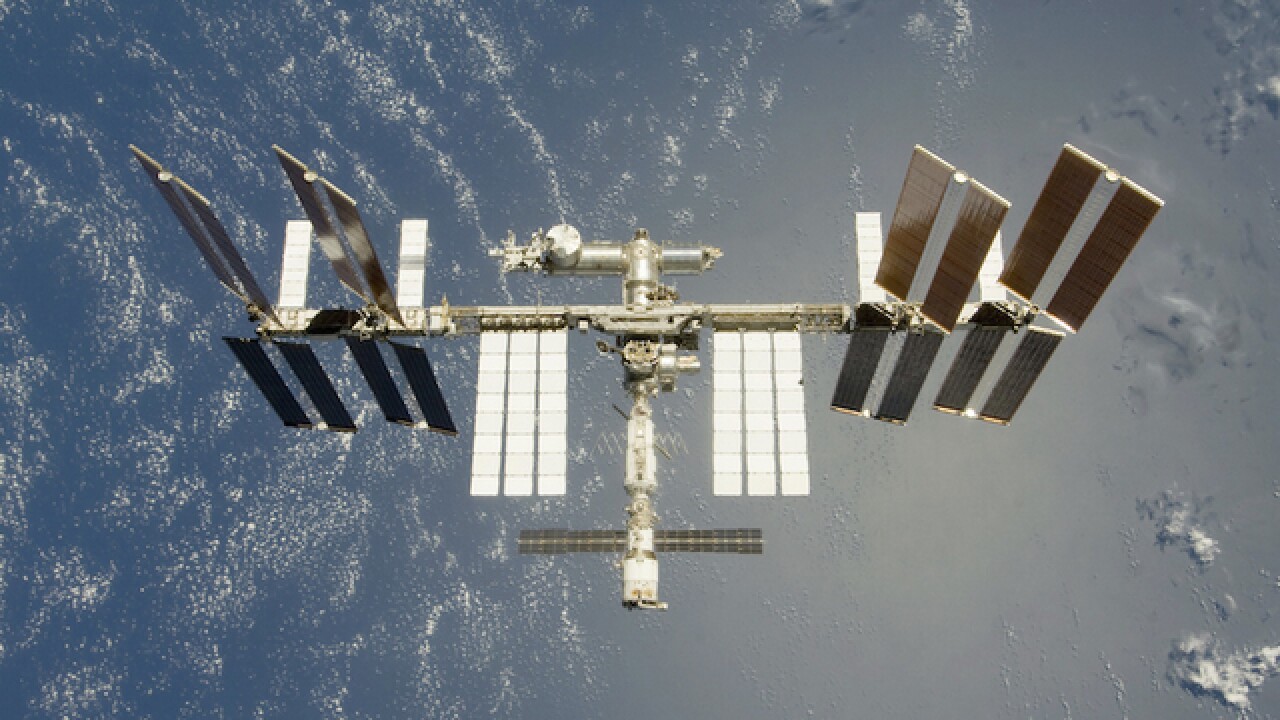 &lt;p&gt;July 28, 2009 - Backdropped by a blue and white Earth, the International Space Station is seen from Space Shuttle Endeavour as the two spacecraft begin their relative separation.&lt;/p&gt;

The next commercial resupply mission to the International Space Station will be viewable by anyone.

NASA said the mission with its partner Orbital ATK will likely launch at 8:03 p.m. EDT Sunday, Oct. 16. The launch takes place at NASA's Wallops Flight Facility in Virginia. The website will begin airing it live at 7 p.m., according to a news release.

The resupply mission is postponed to Sunday due predictions that Tropical Storm Nicole will become a hurricane and reach Bermuda on Thursday. Bermuda is part or the spacecraft's trajectory path, NASA said.

NASA TV will also air two pre-launch broadcasts on Saturday, Oct. 15. Scientists will discuss some of the investigations to be delivered to the space station.

NASA TV may be found online at nasa.com/nasatv.

We’re launching cargo to @Space_Station this Sunday, and you may be able to see it! Check out the viewing map: https://t.co/ipNPaKENhVpic.twitter.com/gXXC0hEI7L