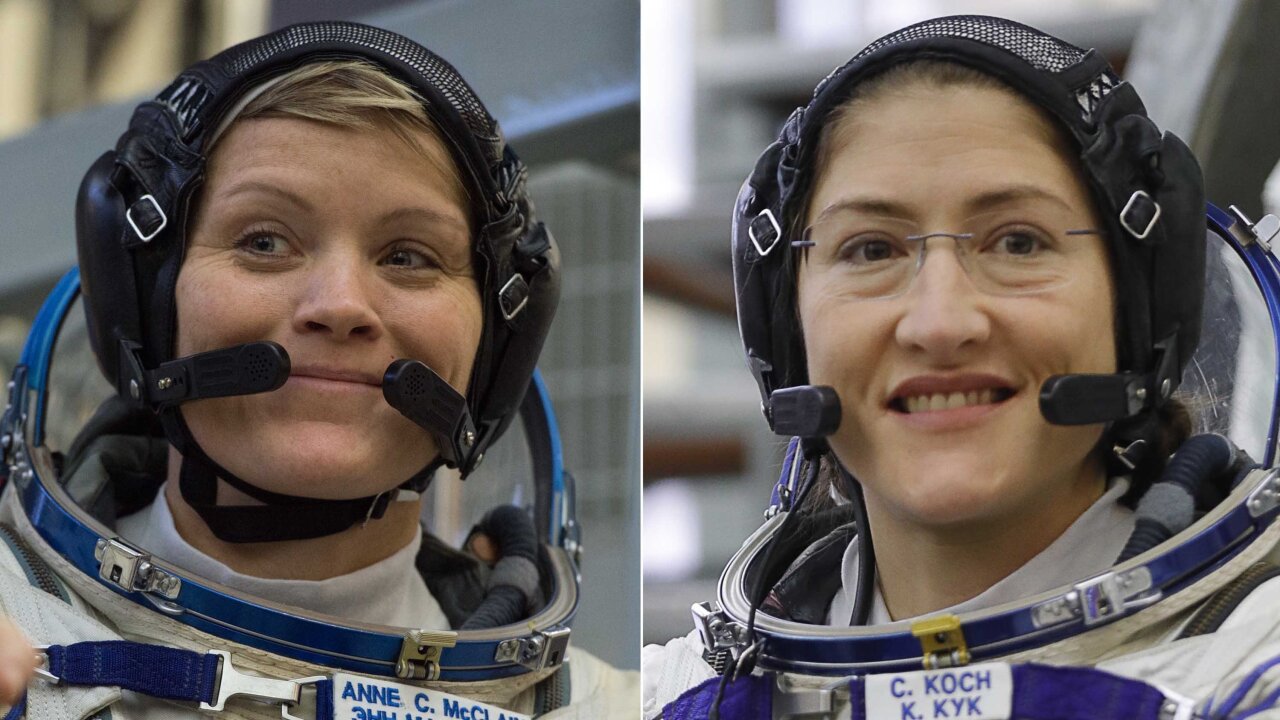 NASA astronauts Anne McClain and Christina Koch were set to make history Friday as the first all-female crew to conduct a spacewalk at the International Space Station. Now, Koch will instead be joined by male astronaut Nick Hague due to spacesuit fit issues.

NASA has only one spacesuit size medium available at the station, the agency announced Monday .

As part of Expedition 59, the astronauts were set for a series of three spacewalks to complete work on the ISS. On March 22, Hague and McClain conducted the first in the series. McClain and Koch were set to go out together on Friday to continue work on installing powerful lithium-ion batteries for one pair of the station's solar arrays.

"However, after consulting with McClain and Hague following the first spacewalk, mission managers decided to adjust the assignments, due in part to spacesuit availability on the station," reads a statement from NASA .

"McClain learned during her first spacewalk that a medium-size hard upper torso -- essentially the shirt of the spacesuit -- fits her best. Because only one medium-size torso can be made ready by Friday, March 29, Koch will wear it."

McClain and Koch will both be making history during this mission by being the 13th and 14th women to perform a spacewalk.

As for the third spacewalk in the series, McClain is tentatively scheduled to be joined by Canadian Space Agency astronaut David Saint-Jacques on April 8.

The NASA website shows the spacewalk will last about seven hours.

McClain and Koch were part of the 2013 astronaut class , half of which were women, and came from the second largest number of applications NASA ever has received, more than 6,100. The most recent class of flight directors was also 50% women, NASA said.

McClain was on the ISS as part of Expedition 58, while Koch blasted off into space on March 14 to reach the station for Expedition 59 and 60 along with Cmdr. Alexey Ovchinin and Hague. This is the first time in space for McClain and the first spaceflight for Koch.

Spacewalks are held for a number of reasons, according to NASA, including doing work outside a spacecraft, conducting science experiments and testing new equipment. Astronauts also conduct spacewalks to fix satellites or spacecraft that are already in space, instead of having them brought back to Earth to fix.