N Carolina senator has latched on to Trump. Will he hold on? 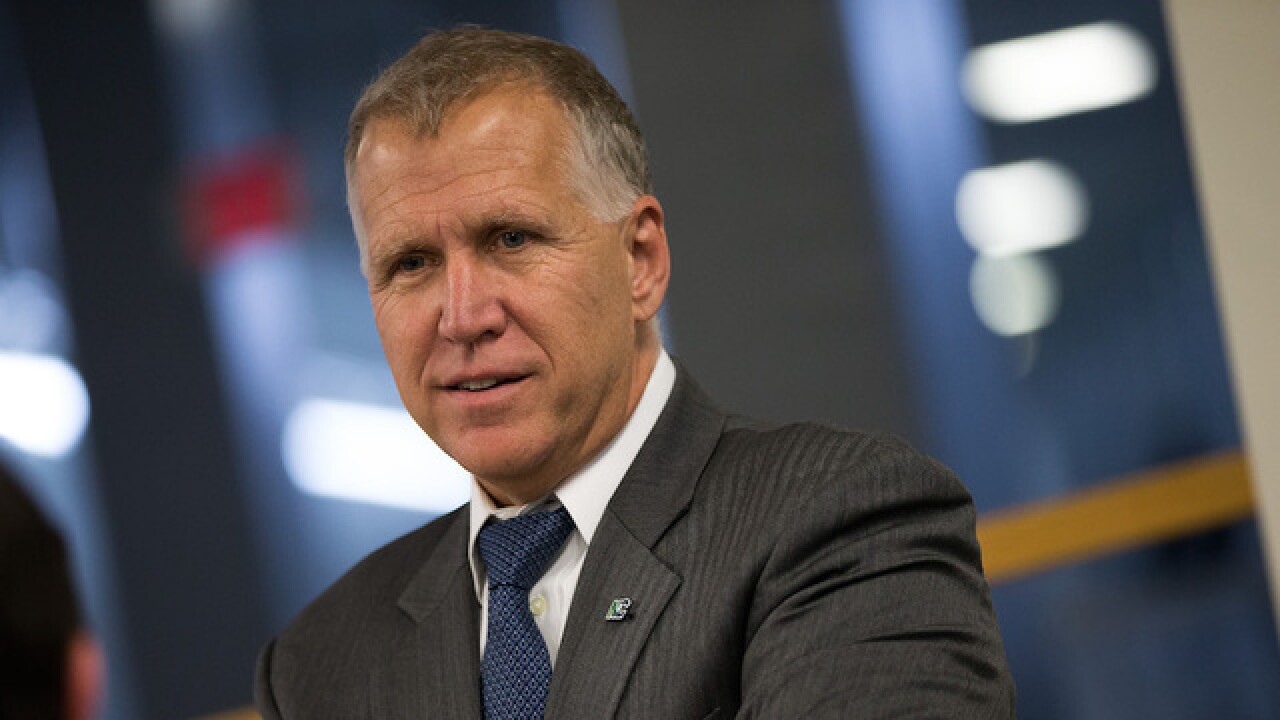 Copyright Getty Images
Drew Angerer
<p>WASHINGTON, DC - MAY 9: Sen. Thom Tillis (R-NC) speaks with an aide after a vote at the U.S. Capitol, May 9, 2016, in Washington, DC. Senate Democrats defeated a procedural vote on an energy bill, which increases funding for the Department of Energy and Army Corps of Engineers. (Photo by Drew Angerer/Getty Images)</p>

While some vulnerable Republicans have tried to hold the polarizing president at arm's length, Tillis boasts of Trump's endorsement for the 2020 elections.

That may have immediate political benefit as he fends off a March primary challenge. But it also comes with risks in North Carolina. As in other states, fast-growing cities and suburbs there have flashed warning signs for the GOP.

Tillis tells The Associated Press his re-election bid won't be about Trump's persona, but rather issues and accomplishments. His campaign believes they'll attract both the conservative base and independents.

But Meredith College professor David McLennan calls the election a "very touchy situation for Tillis to be in."