Millions in California could have power shut off due to fire 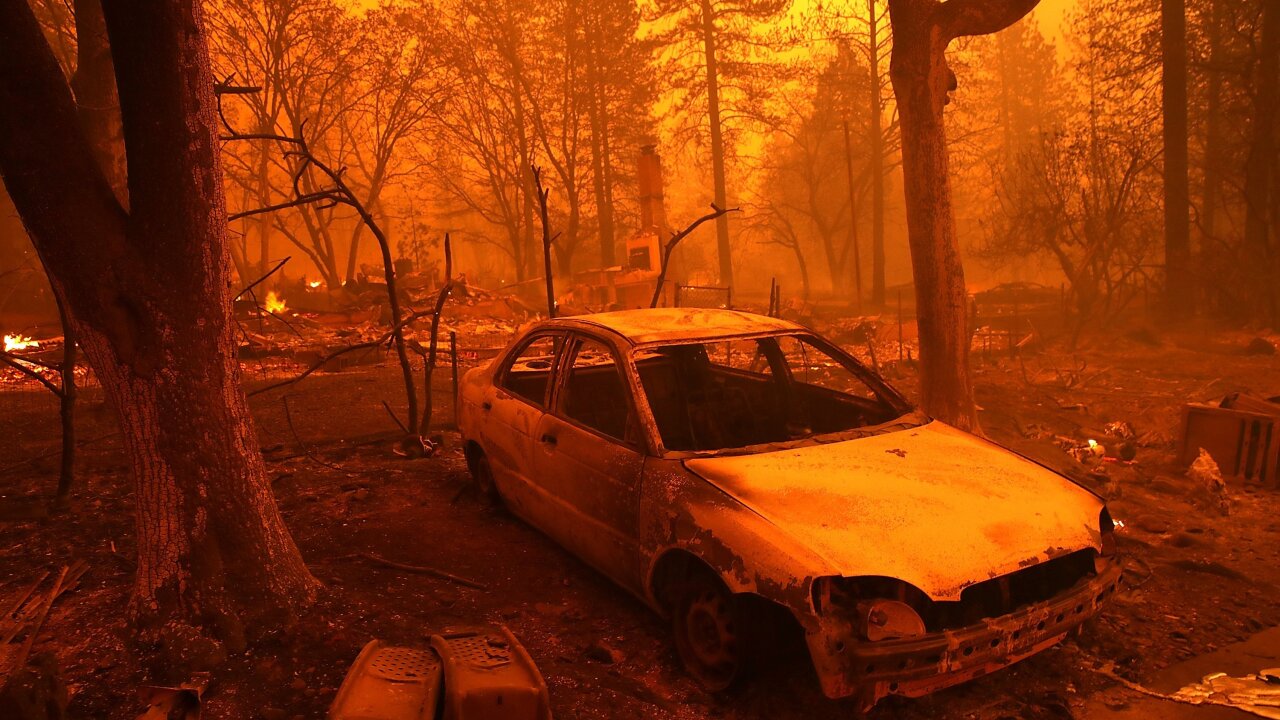 Pacific Gas & Electric (PG&E) announced Monday it may shut off power this week in nearly 30 northern California counties in response to strong and dry winds posing a fire threat.

"We would encourage residents and businesses to prepare for being without power for potentially as long as seven days," San Jose Mayor Sam Liccardo said in a press conference Monday night.

Nearly 2 million people could be affected if there is a shutdown Wednesday, Liccardo said, as well as about 67 schools.

The public safety power shutoff would span across northern, central, coastal and Bay Area counties, the utility company said . PG&E has previously said it's "probable" that its equipment started the 2018 Camp Fire -- California's deadliest and most destructive blaze -- when a power line touched nearby trees.

An investigation by the California Department of Forestry and Fire Protection found the company responsible for the fire, which killed 85 people and destroyed thousands of structures.

The National Weather Service issued a Fire Weather Watch for Wednesday through Thursday across northern portions of California, warning of "potential of rapid spread of fire" and reporting "potentially strong, damaging" winds and relatively low humidity.

"This has the potential to be the strongest offshore wind event of the year," the weather service said . "The time to prepare is now."

The city of San Jose had been preparing for a similar event since June, the mayor said.

"Some of what we need to do to get ready will in fact take years," he said. "That is ensuring we have sufficient backup power generation, establishing microgrids where we can do so, things of that nature."

In the meantime, he urged residents to shelter in place, as street lights and signals will not be working in the event of a power shutoff. He also encouraged households to create emergency plans and kits which include food and water for all family members and pets.

Late last month, PG&E shut off power to more than 48,000 northern California customers in precaution following dry and windy conditions. It was the second consecutive public safety power shutoff in that week, after the company had previously left about 24,000 customers across three northern California counties in the dark.

On September 13, the utility giant announced it had reached an $11 billion settlement with insurance companies for claims stemming from the devastating 2017 wildfires across northern California and the 2018 Camp Fire.

And in June, PG&E paid $1 billion in damages to local governments for blazes linked to its power lines and other equipment.