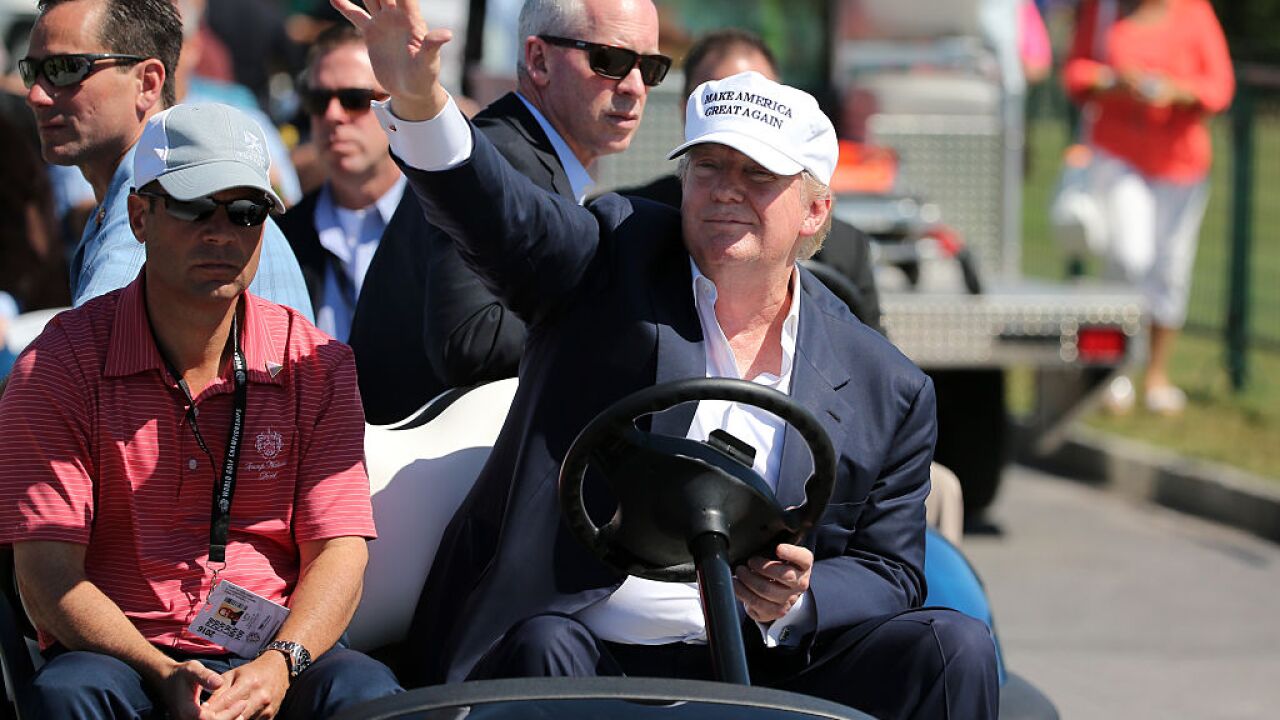 The Trump Organization's golf resort in Doral, Florida, will host a charity golf tournament this week put on by a strip club in the Miami area that will include dancers serving as "caddy girls" for the tournament's participants, The Washington Post reported Tuesday.

The Shadow Cabaret is set to hold the "Shadow All Star Tournament" at the resort on Saturday, according to the Post. The paper said the "Trump name and family crest are displayed prominently in the strip club's advertising materials," which indicate that participation in the event ranges from $450 for a single player to $1,800 for a group of four with VIP upgrades available.

President Donald Trump still owns the Doral resort, but his sons Donald Jr. and Eric oversee the day-to-day operations of the resort and his other properties, the Post noted.

Mancuso said there would be no nudity at the resort, and that while on the course, the dancers would "wear pink miniskirts and what he called 'a sexy white polo,'" the Post reported.

Following the event, the dancers and the golfers "would return to another venue — the cabaret itself — for what (Mancuso) described as a 'very tasteful' burlesque show, which could involve nudity," according to the Post.

"They're going to be clothed the whole time (during the event)," Mancuso told the paper. "At the venue is different."