McDonald's takes pumpkin spice where it's never been before 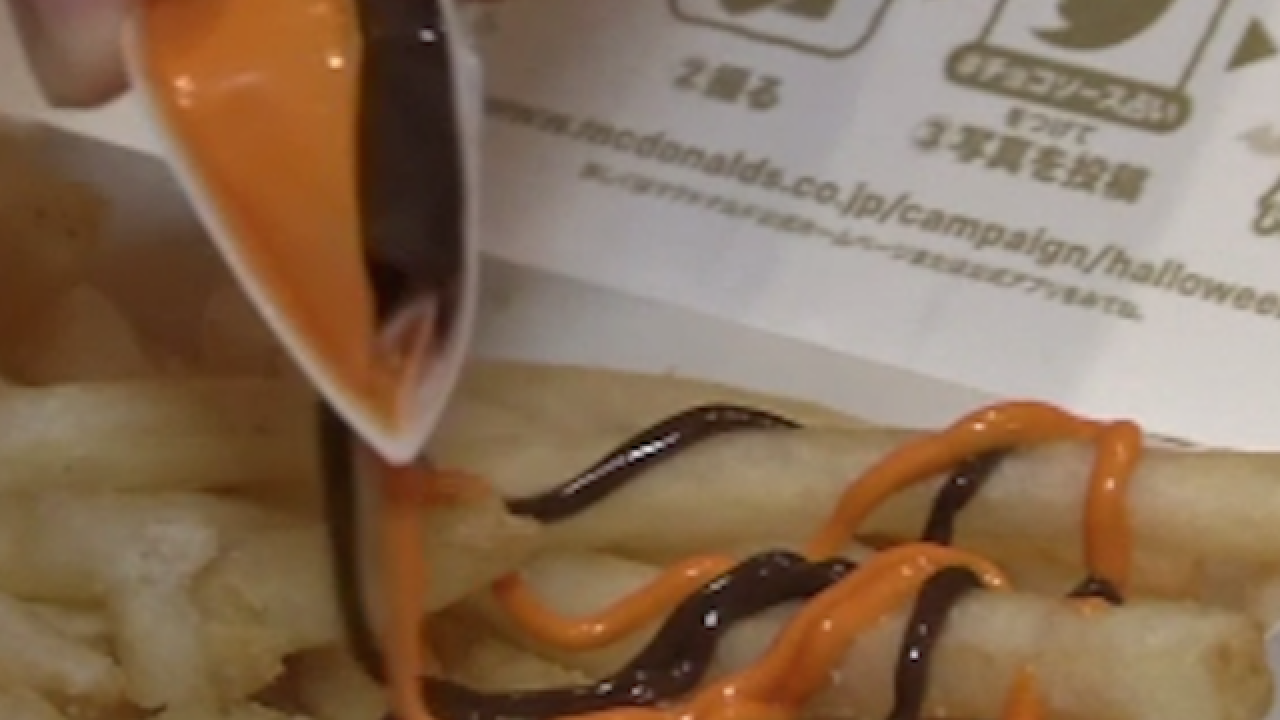 Now that fall is in full spring, pumpkin spice is everywhere: Companies are packing lattes, cookies and ice cream with the quintessential taste of fall.

But in Japan, pumpkin spice is about to go where it has never gone before: french fries.

McDonald’s has announced that the chain will be selling french fries topped with both chocolate and pumpkin-spiced sauces in Japan throughout the month of October.

“This menu not only has a new taste, but also an exciting look thanks to the Halloween orange color sauce,” said Takashi Hasegawa, the PR Manager for McDonald’s Japan.

The fries are served plain, along with the two-sauce packet that the customer squeezes on top.

This isn’t the first time Japanese McDonald’s have paired salty fries with sweet chocolate sauce. In January, the restaurant debuted the “McChoco Potato,” which paired fries with cacao and white chocolate sauces.