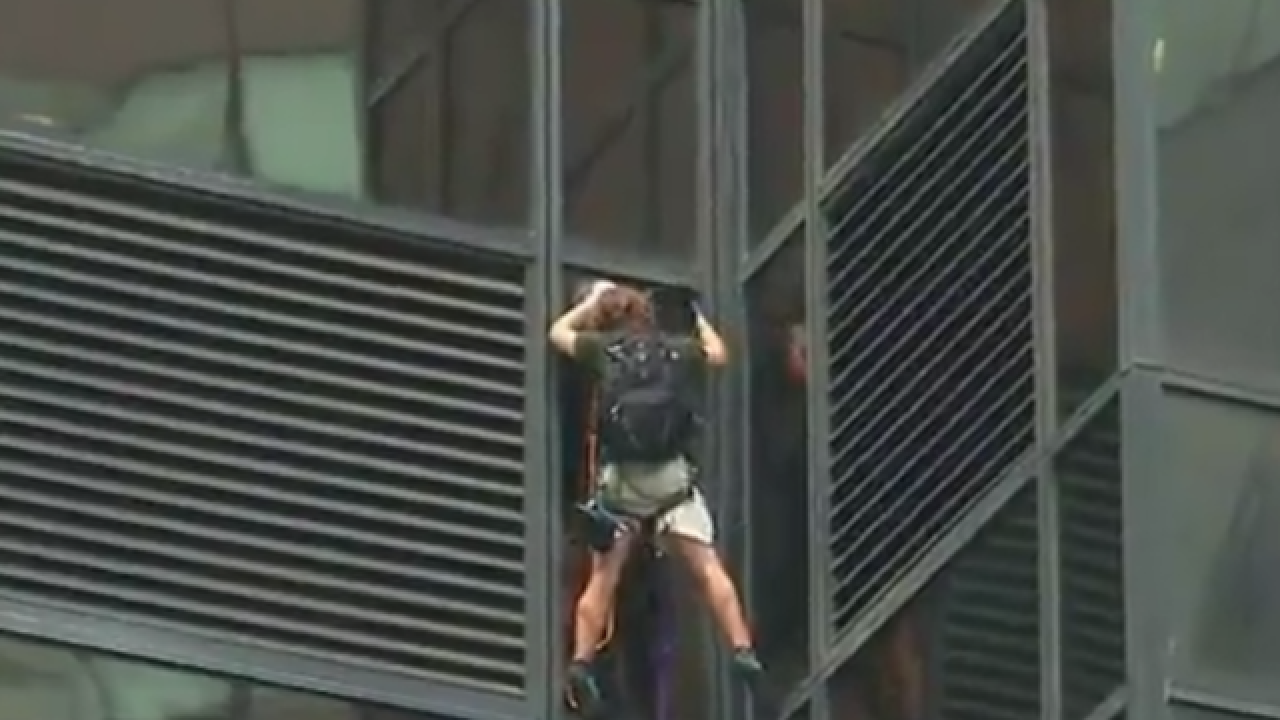 Using suction cups, a man wearing a backpack and carrying papers scaled the exterior windows of Trump Tower in New York for nearly three hours Wednesday afternoon before police pulled him inside.

Police boxed the climber in using scaffolding and an open window. They made a risky grab of the man on the 21st floor of Trump Tower.

Now that was a great finish to #TrumpTowerManpic.twitter.com/x8JGfrQXdB

The man began his ascent up the tower Wednesday afternoon. New York Fire Department and Police Department officials were on hand.

The man spent part of the climb moving laterally instead of vertically in an attempt to avoid authorities.

“This man performed a ridiculous and dangerous stunt. There’s damage to the building and he caused the unnecessary deployment of New York’s finest to protect his safety and the safety of everyone in the building,” the Trump Organization said in a statement.

Police inflated a giant pillow, in case someone fell.

Trump Tower is 56 stories tall, and is in Midtown Manhattan.

Trump was traveling from Virginia to Florida for campaign events at the time of the incident.

A portion of New York's 5th Avenue was shut down during Wednesday's incident.

On Tuesday, the man posted a video on You Tube discussing why he would climb Trump Tower. He claimed he is a supporter of Trump, and said he is an "independent researcher looking for a private audience" with Trump.

NYPD confirmed Wednesday evening the authenticity of the video, and that the man's sole intention was to meet Trump, despite Trump being away from his office.