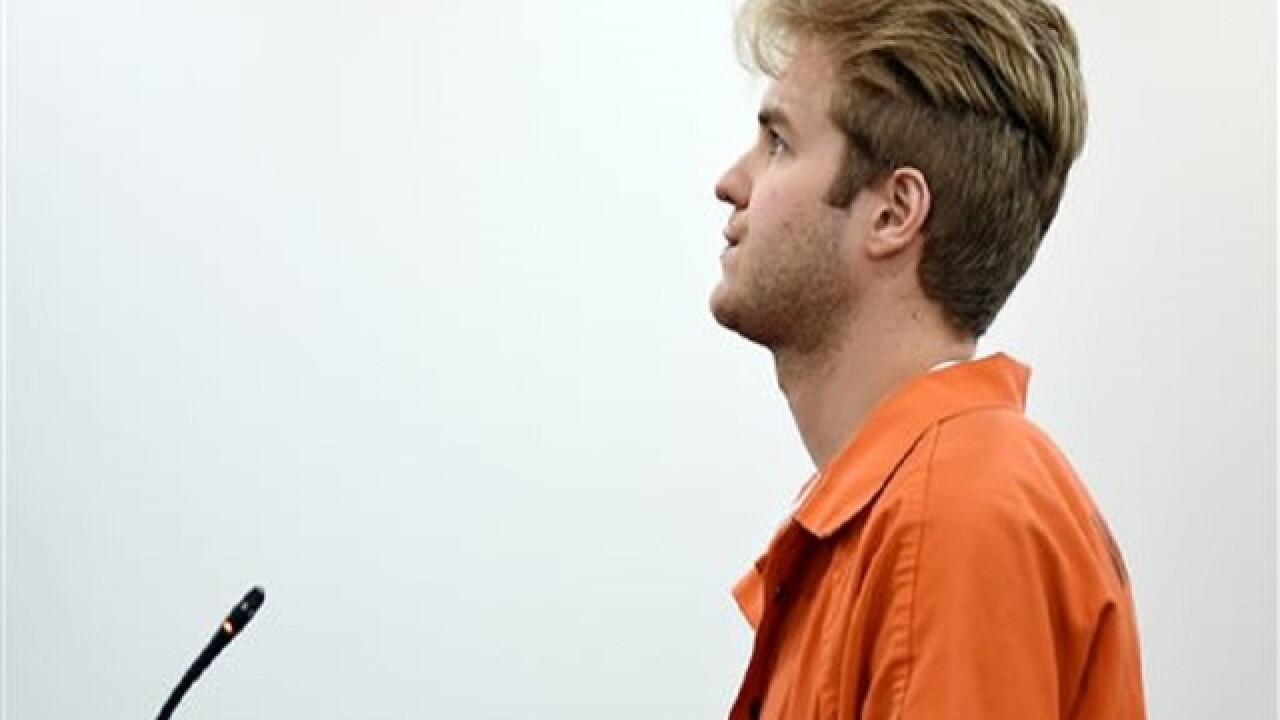 By: Associated Press
Posted at 9:14 PM, May 05, 2016
ANN ARBOR, Mich. (AP) — A Michigan man suspected of spraying a contaminant on unpackaged food at grocery stores faces four charges of poisoning food.
Kyle Bessemer appeared in an Ann Arbor court Thursday, two days after his arrest.
The FBI says Bessemer admitted to spraying a mixture of hand sanitizer, water and mouse poison on produce and food bars at three Ann Arbor stores: Whole Foods, Meijer and Plum Market. The charges cover two stores.
In court, investigators told a judge that the 29-year-old Bessemer believed someone was trying to poison him.
Bond was set at $250,000. An attorney for Bessemer will be assigned.
Shoppers have been encouraged to throw away uneaten food purchased from salad bars and ready-to-eat food areas between mid-March and the end of April.
Copyright 2016 The Associated Press. All rights reserved. This material may not be published, broadcast, rewritten or redistributed.