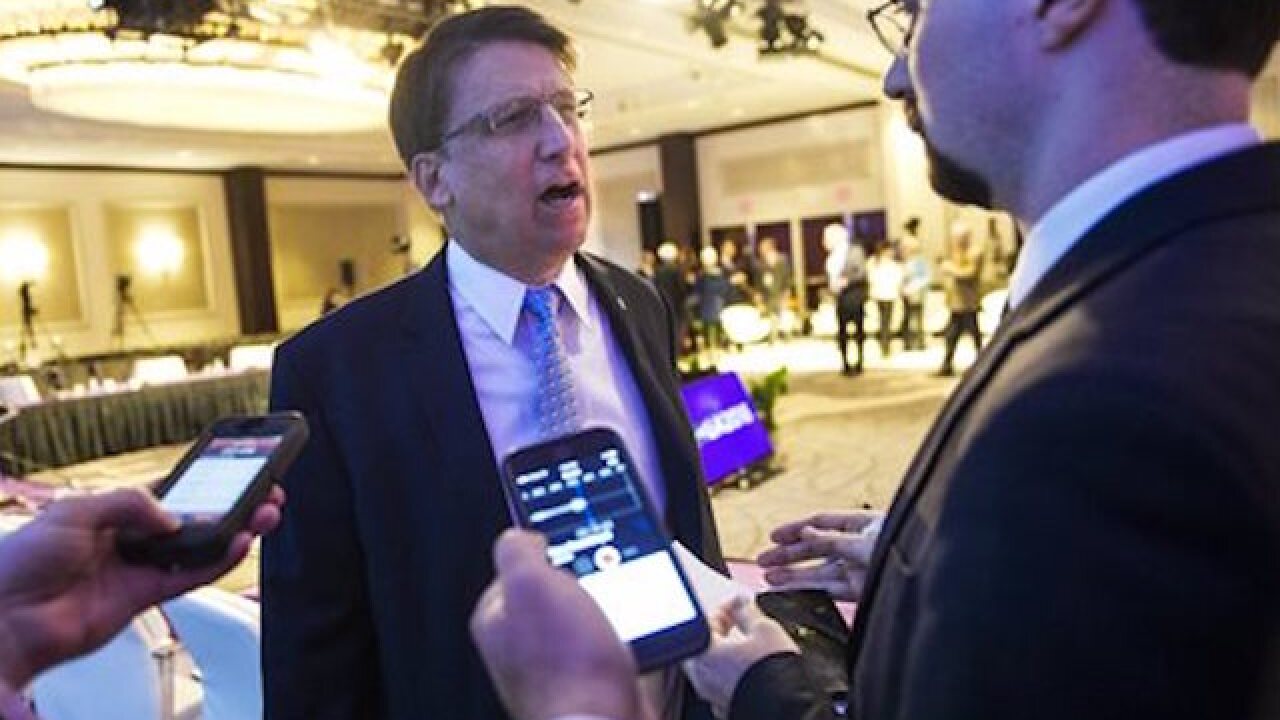 RALEIGH, N.C. (AP) — Signed only two weeks ago, North Carolina's new law blocking anti-discrimination rules covering the LGBT community has become an issue in one of the nation's most contested gubernatorial elections.

The campaigns of Republican Gov. Pat McCrory, who signed the law, and challenger Democratic Attorney General Roy Cooper, who has refused to defend it in court, have been citing the conflict over the law as they seek donations.

Cooper and McCrory won their respective March 15 primaries the week before the General Assembly held a special session to block a Charlotte City Council ordinance that extended protections for lesbian, gay, bisexual and transgender people at hotels, restaurants and stores.

The two are expected to run in one of the most expensive and competitive gubernatorial races this year, so every extra donation is important. National Democrats consider North Carolina their best chance to knock off a Republican incumbent. The two campaigns already have raised more than $13 million, with Cooper ahead in the money chase through the end of February.

Criticism of the law and McCrory has led to a federal lawsuit and vocal protests outside the governor's mansion and on cable television news. Social conservatives are holding prayer vigils and rallies supporting McCrory and other Republicans, who say Charlotte crossed the line when the ordinance allowed transgender people to use the rest room aligned with their gender identity at public accommodations.

Both candidates "are going to try to raise the money from the red-hots," said Gary Pearce, a longtime consultant in North Carolina Democratic politics. "That's what anger is always a good motivator for — contributions on both sides."

McCrory has said he's been unfairly treated by the national media and with an orchestrated campaign of misinformation about the law.

"The White House attacked us. The ACLU sued us. And Attorney General Cooper won't try to stop them from stripping the basic expectation of privacy and safety North Carolinians have when they or their children use the restroom," said a McCrory campaign email signed by campaign manager Russell Peck while asking for $25.

The state law went further by preventing others counties and cities from enforcing similar rules and requiring public schools and universities and government agencies to limit multistall bathrooms to people of the same biological sex only.

Cooper has said McCrory inserted discrimination into state law and created a "national embarrassment" that will lose the state jobs. More than 130 corporate executives — the latest include those from General Electric Co., Oracle and LabCorp.— have signed a letter demanding McCrory seek the law's repeal.

"Together, we can take a stand against this law. Together, we can make our voices heard and say we won't stand for bigotry and discrimination in North Carolina," said the email fundraising plea, signed simply, "Roy."

The state Democratic Party and state Senate leader Phil Berger also have tapped into anger about or defense of the ordinance with their own email and online donation pleas.

Republican consultant Dee Stewart, who is not working in the gubernatorial race, said he expects both candidates will benefit but the issue will motivate "low-dollar donors" more. He cautioned the shelf life of raising money off the law is limited and gubernatorial candidates will move to the next big thing that gets media attention.