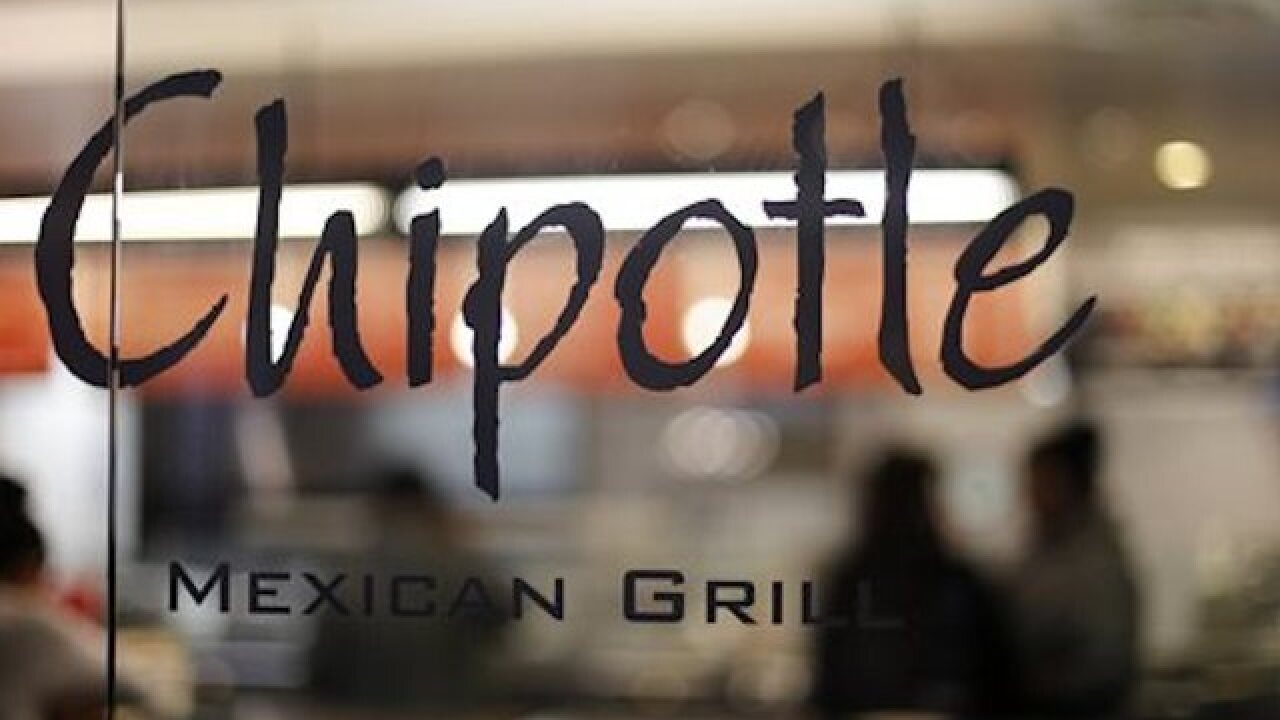 Copyright Associated Press
&lt;p&gt;This Dec. 27, 2015 file photo, shows a Chipotle restaurant at Union Station in Washington. Chipotle says it will start a marketing push in February to begin its road to recovery after a series of food scares, and that it's confident it can win back customers over time. The remarks from executives come after Chipotle's sales plunged 30 percent in December. Its troubles began after an E. coli outbreak came to light at the end of October. Several weeks later, norovirus sickened dozens at a Chipotle in Boston. (AP Photo/Gene J. Puskar, File)&lt;/p&gt;

The Colorado-based fast-food chain must offer to rehire 38-year-old James Kennedy and pay him for lost wages, the judge ruled Monday. Kennedy worked at the chain's store in Havertown until he was fired in February 2015 and now has a union job with American Airlines.

"If you want to tweet something about your personal experience at your job, do it," Kennedy told Philly.com on Tuesday. "A lot of times your bosses will sugarcoat what's going on. Doing it publicly really puts the spotlight on them."

The social media post that landed Kennedy in hot water came after a customer tweeted thanks for a free food offer in January 2015.

"@ChipotleTweets, nothing is free, only cheap #labor. Crew members make only $8.50hr how much is that steak bowl really?" Kennedy tweeted in response.

Kennedy took down the tweet after a supervisor showed him a social media policy that banned "disparaging, false" statements about Chipotle. But he was fired two weeks later after circulating a petition about workers being unable to take breaks.

Kennedy, of Upper Darby, was represented by the Pennsylvania Workers Organizing Committee, which has pushed for higher pay for fast-food workers. The National Labor Relations Board agreed with complaints filed by the group that Kennedy was unfairly treated. The case was one of several the NLRB considered regarding the social media rights of fast-food workers protesting wages and working conditions.

At a hearing, Kennedy's manager testified that she fired Kennedy, a war veteran, because she was concerned he would become violent after arguing with her about the petition.

A Chipotle spokeswoman didn't respond to Philly.com's report and didn't immediately return an email from The Associated Press on Wednesday.

Kennedy said he'd happily accept his back wages in the form of food vouchers.

"You cannot deny that their food is delicious, but their labor policies were atrocious," he said.