Hurricane Beryl may weaken, but Puerto Rico and the Caribbean are on alert 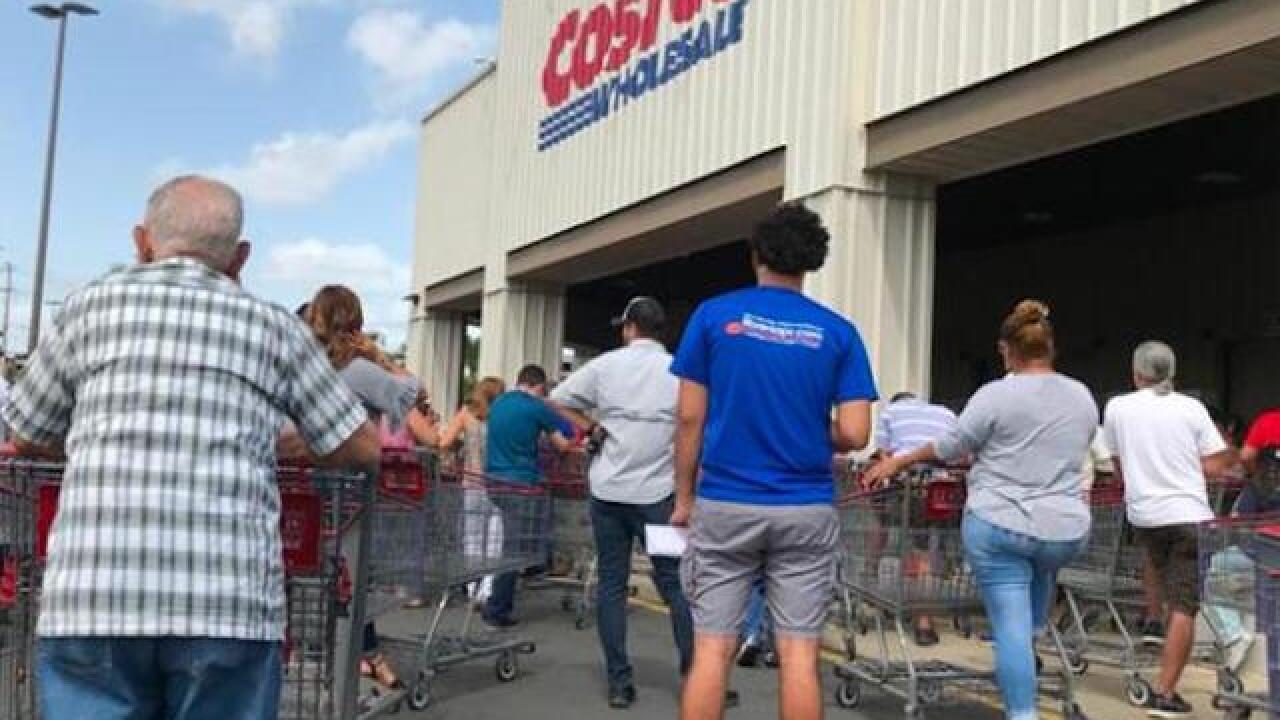 The year's first Atlantic hurricane could reach eastern Caribbean islands by late Sunday at or near hurricane strength, putting a string of islands stung by last year's devastating hurricanes on alert.

Hurricane Beryl on Saturday morning churned over the tropical Atlantic with sustained winds of 75 mph -- near the low end of Category 1 status -- about 780 miles east-southeast of the Lesser Antilles, the arc of islands extending from the US Virgin Islands to Grenada.

Beryl could weaken to a tropical storm before it hits some of those islands late Sunday or early Monday, the National Hurricane Center said. And on its current track, Beryl's center would pass south of Puerto Rico, whipping the island with minimal tropical storm-force winds, forecasters said.

Still, Puerto Rico Gov. Ricardo Rossello has declared a state of emergency for the island that is still recovering from the devastation of Hurricanes Maria and Irma last year.

"While we don't expect a direct hit to take place on Puerto Rico, even some of those outer bands ... have the potential to knock out power" on the US territory, where Maria triggered months of power outages, CNN meteorologist Allison Chinchar said.

News of Beryl's approach has been enough for Puerto Ricans to flock to stores to stock up on water and dry goods.

Frances Colon, a Miami resident who is on the island for a wedding, shared a photo Friday morning of a line of people that spread to the parking lot of a Costco in the city of Bayamón.

"People are very aware, and they want to be prepared," Colon said.

Weather watches were in effect at 8 a.m. ET Saturday, along Beryl's expected path.

A hurricane watch is in effect in Dominica, and tropical storm watches are in place in Barbados, St. Lucia, Martinique, Guadeloupe, St. Martin and St. Barthelemy, according to the National Hurricane Center.

It appeared Beryl was becoming less organized Saturday morning, suggesting it could be downgraded to a tropical storm later Saturday, the hurricane center said.

Still, "Beryl could ... be near hurricane strength as it nears the Lesser Antilles" late Sunday or early Monday, the center said.

Earlier, the hurricane center had described the storm as "Tiny Beryl" because of "its very small size." Hurricane-force winds extended only 10 miles from the storm's center on Saturday morning.

Storm brewing off the Carolina coast

Meanwhile, another storm, Tropical Depression 3, was crawling over the Atlantic roughly 145 miles off Cape Hatteras, North Carolina. The storm is "expected to meander off the coasts of the Carolinas for the next several days," and is expected to become a tropical storm Sunday, the hurricane center said Saturday morning.

No watches or warnings for that storm had been issued.

The Atlantic hurricane season runs from June 1 to November 30, and peaks from mid-August to late-October.

The year's first named storm, Alberto, hit in late May. It made landfall on the Florida Panhandle as a subtropical storm and ushered drenching rains across states in the South and Midwest. At least five people died in incidents related to that storm.