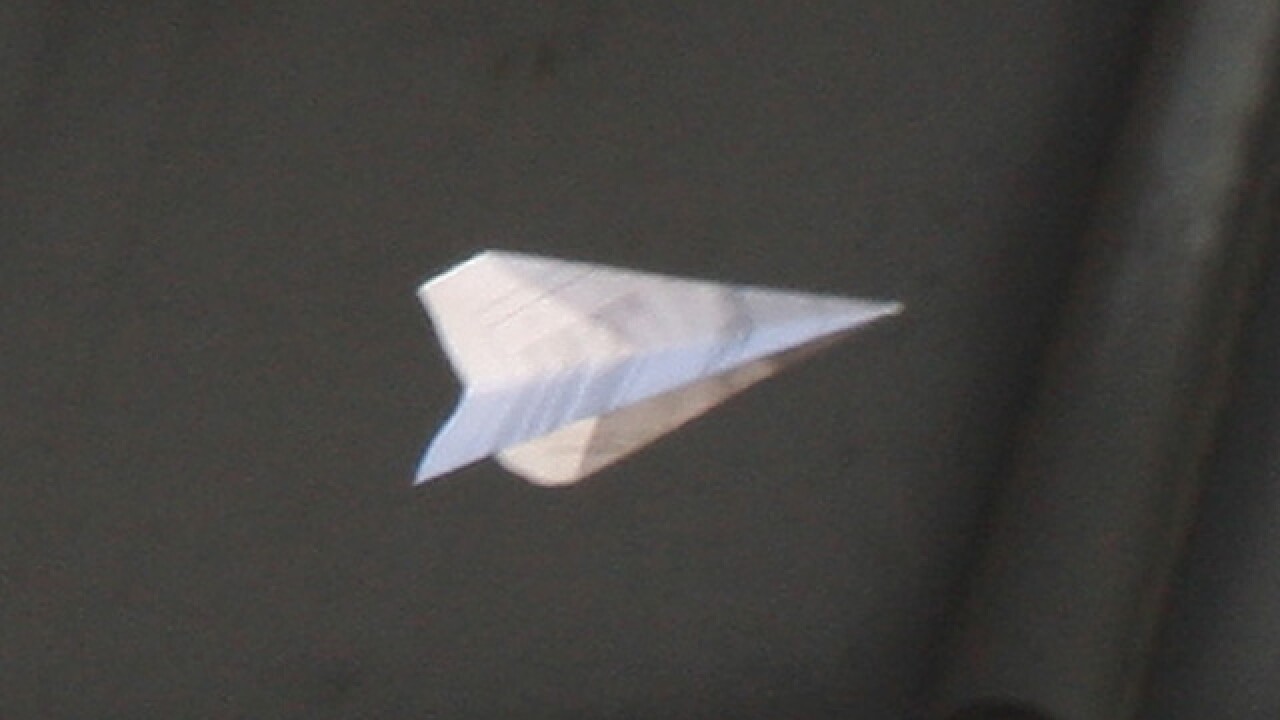 Image copyright 2017 Getty Images. All rights reserved. This material may not be published, broadcast, rewritten, or redistributed.
&lt;p&gt;Protestors occupy the roof of Parliament on February 27, 2008 in London.&lt;/p&gt;

A South Carolina high school student could face up to 30 days in jail after hitting his teacher with a paper airplane.

The South Strand News reports that a 17-year-old student at Andrews High School was arrested and charged with assault after his teacher claimed he was hit in the eye by a paper airplane he threw in class.

The South Strand News obtained an incident report that claims the teacher, Edward McIver, tracked down the school’s resource officer after he was hit with the paper. The officer reported that McIver was angry and his eye appeared to be “very red.”

McIver claimed he knew which student threw the airplane, and that the student had exhibited behavioral problems in the past. He told the resource officer that if the student was indeed responsible for throwing the airplane, he wanted to press charges.

During a meeting with the resource officer, the student admitted to throwing the airplane, saying he was aiming for McIver’s head.

The student was then cited for third-degree assault and battery and later transported to a juvenile detention facility. He was later released on $1,087.50 bond. He’s due back in court on Feb. 14.