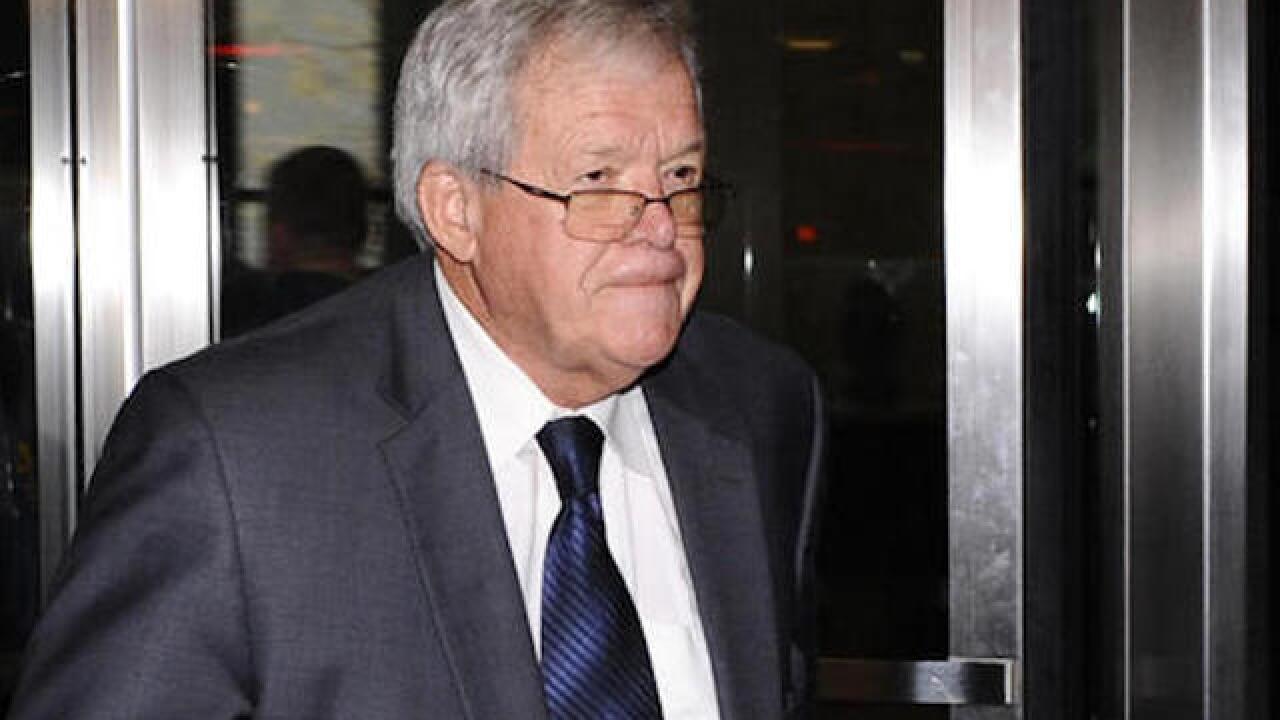 Copyright Associated Press
&lt;p&gt;In this Oct. 28, 2015 file photo, former U.S. House Speaker Dennis Hastert leaves the federal courthouse in Chicago after a hearing in his hush-money case. Prosecutors said Wednesday, April 13, 2016, they expect one person who accuses Hastert of sexual abuse to speak at his April 27, 2016 sentencing and the judge has indicated that he wants to consider that Hastert lied to federal authorities. (AP Photo/Matt Marton)&lt;/p&gt;

CHICAGO (AP) — The judge in Dennis Hastert's hush-money case says that if the former U.S. House speaker wants letters of support considered during his sentencing, they must be made public.

Hastert is to be sentenced April 27 after pleading guilty last year to breaking federal banking laws.

Prosecutors say Hastert sought to pay $3.5 million to a man to keep him from divulging sexual abuse that occurred while Hastert taught high school and coached wrestling from 1965 to 1981 in Yorkville, Illinois. After first telling the FBI he withdrew large sums of money because he didn't trust banks, Hastert later told investigators he was the target of a bogus sexual abuse claim, prosecutors allege.

U.S. District Judge Thomas M. Durkin said in a Thursday filing that the court won't consider 60 letters of support for Hastert unless they are publicly filed. The letters were attached to a previous, sealed filing, which conceals the identities of individuals making a case for leniency on behalf of Hastert.

"Usually letters attesting to a defendant's character are part of the public record," the judge's filing said. "If the defendant wants the court to consider any of these letters ... the defendant must publicly file the letters."

Hastert's attorneys said Friday that they had no comment.

They have not asked for a specific sentence for the 74-year-old Republican, whose attorneys have requested probation. Durkin could impose the maximum penalty of five years in prison.