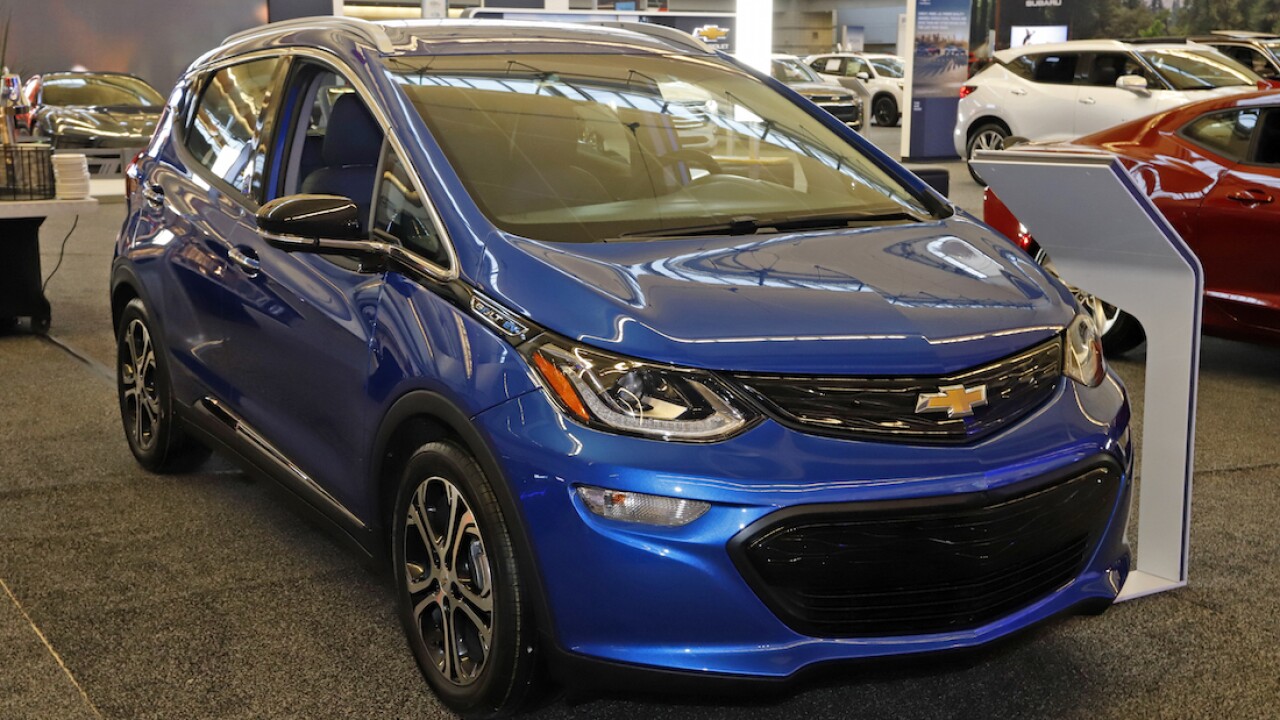 DETROIT (AP) — General Motors says it will recall nearly 69,000 Chevrolet Bolt electric cars worldwide, and 51,000 of them in the U.S. because the batteries have caught fire in five of them.

The company says it doesn't know yet what's causing the fires, but engineers are working to figure it out.

Two people have suffered smoke inhalation due to the fires and a house set ablaze.

U.S. safety regulators said the cars should be parked outdoors until recall repairs are done.

Bolt Executive Chief Engineer Jesse Ortega says dealers will install software that limits charging to 90% of the battery's capacity until a permanent fix is developed.

According to the Associated Press, Bolts that have caught on fire have battery cells that were made at an LG Chem factory in Ochang, South Korea, from May of 2016 to May of 2019.