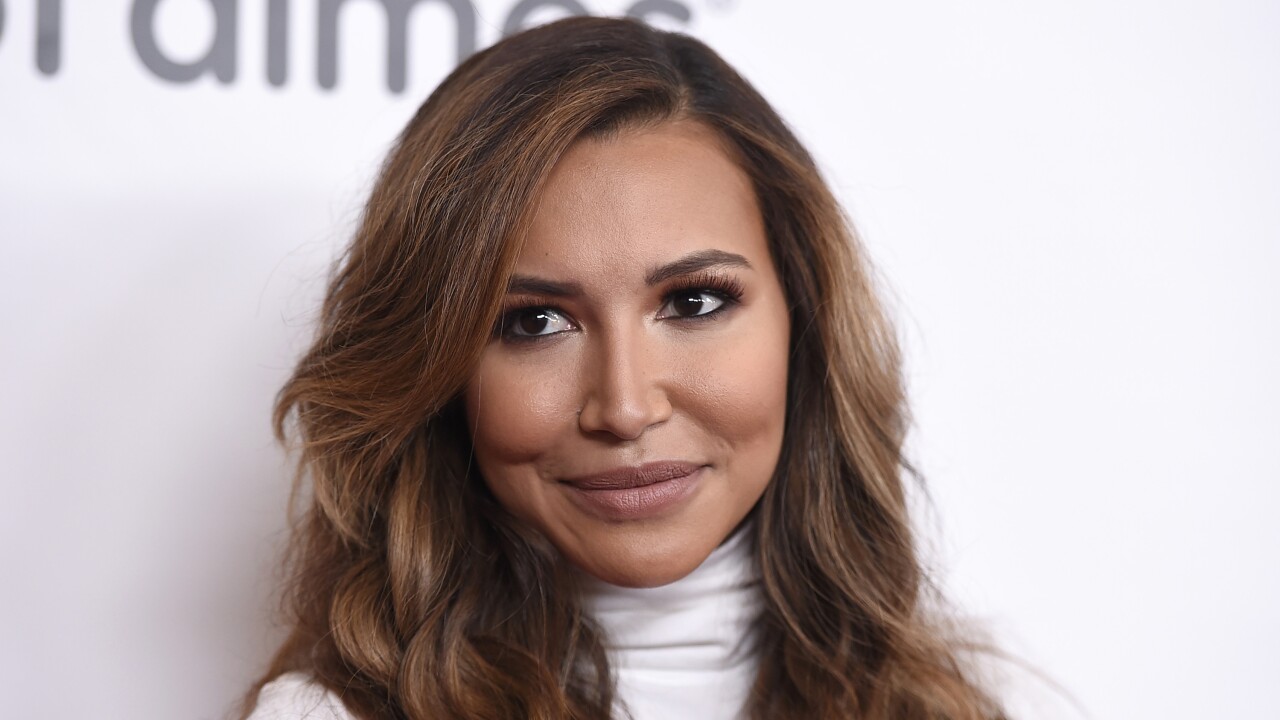 LOS ANGLES — Authorities say actress Naya Rivera is missing and being searched for at a Southern California lake.

The Ventura County Sheriff’s Department lconfirmed that the 33-year-old is being searched for in the waters of Lake Piru, which is approximately 56 miles northwest of downtown Los Angeles.

The missing person at Lake Puru has been identified as Naya Rivera, 33, of Los Angeles. SAR operation will continue at first light. @VCAirUnit @fillmoresheriff @Cal_OES pic.twitter.com/bC3qaZS3Ra

According to authorities, another boater discovered a boat drifting with Rivera's 4-year-old son asleep onboard. Authorities were notified and they began searching from air and with a dive team.

Authorities say her son says they went swimming, but his mother didn't get back on the boat. According to authorities, the child had on a life vest and an adult life vest was found on the boat.

Rivera played Santana, a cheerleader in the musical-comedy “Glee” that aired on Fox from 2009 until 2015. Rivera appeared in 113 episodes of the series and dated co-star Mark Salling, who killed himself in 2018 after pleading guilty to child pornography charges.