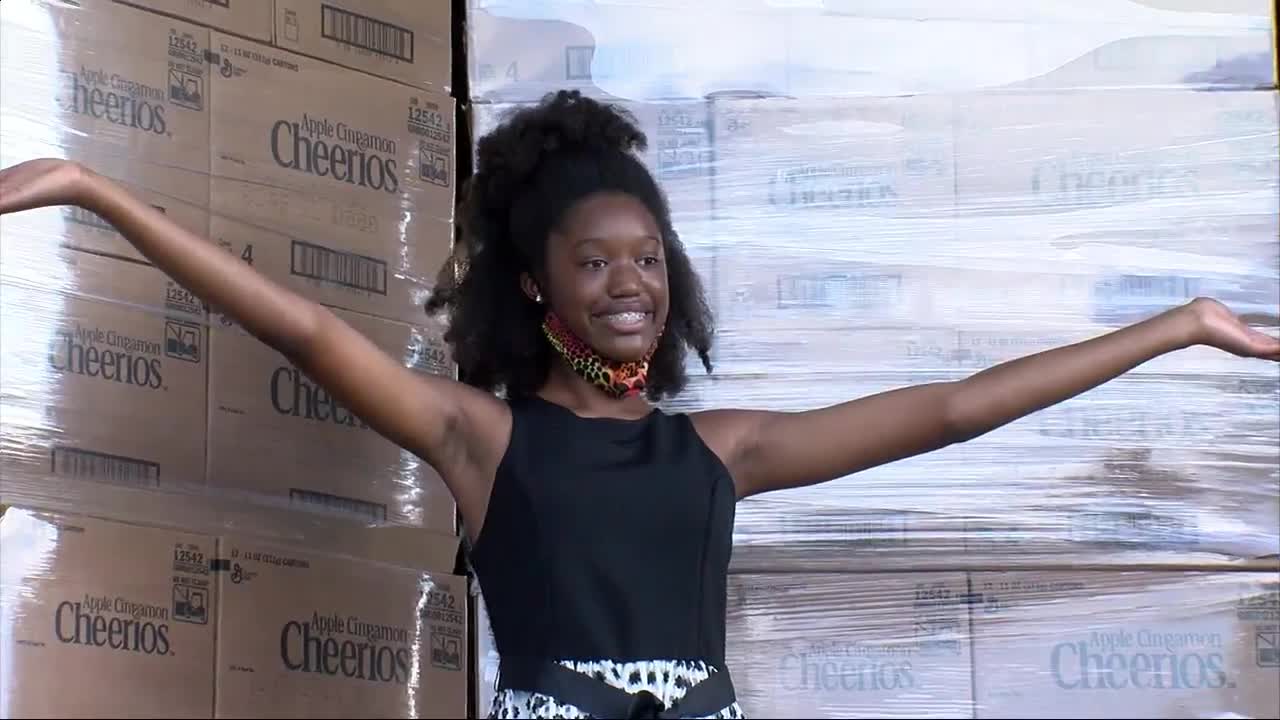 General Mills surprised by local teen by bringing in two truckloads of cereal that she could donate to the community. 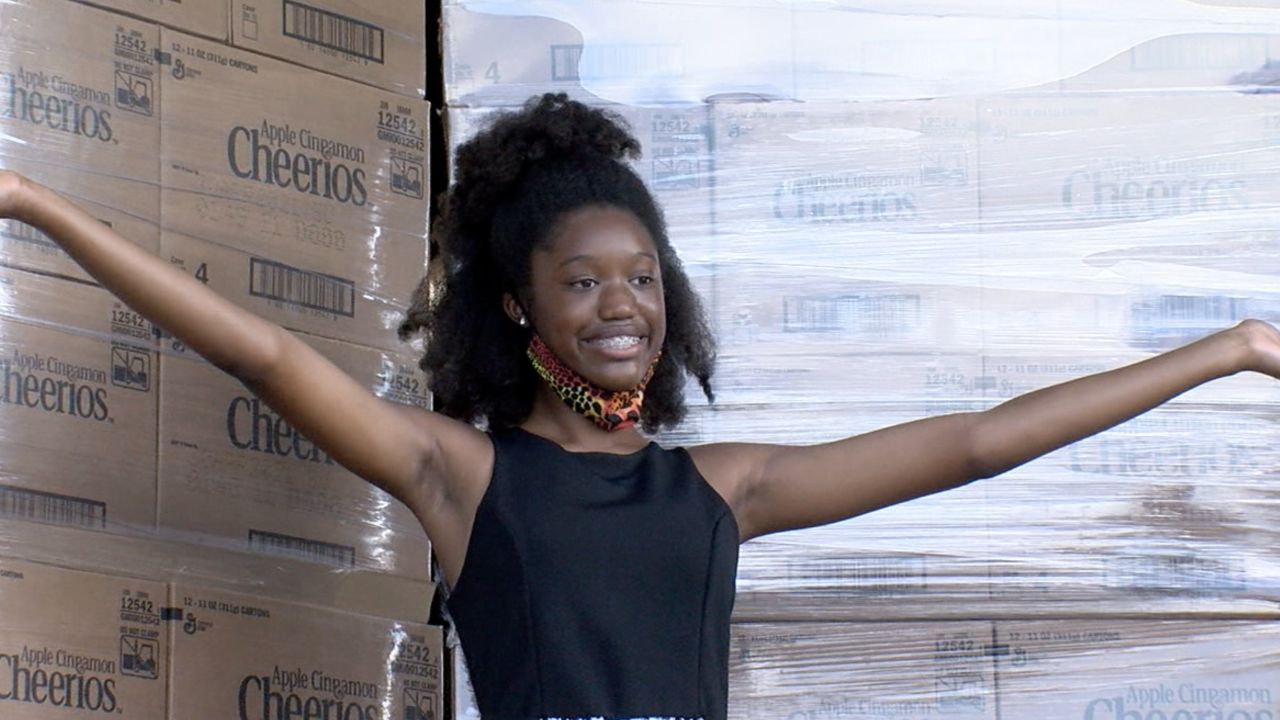 “I felt really bad for the children, so I wanted to do something to help,” said McCormick, now 14.

For her birthday that year, she wanted to collect food instead of getting presents.

“So we had a party and that’s exactly what happened. Everybody brought food,” said her father, Kelvin.

Kennedy has carried on that tradition every year, teaming up with Feeding Tampa Bay to make sure the donations get to those in need.

“The more I’ve done it. The more donations I’ve gotten over the years,” said Kennedy.

This year with the pandemic, she held a virtual fundraiser, raising about $3,000.

All her hard work got noticed by General Mills and they surprised her with a donation like she’s never seen before: two truckloads of Cheerios. That’s 48,000 boxes.

“I was extra surprised when I saw the truck drive by because I thought it was only going to be the cereal over there and then there was a truck. And I was like oh my gosh there’s so much cereal,” said Kennedy.

“She’s a wonderful young lady all around and so this just adds to our ability to participate in something that she enjoys,” said her mother, Joy.

Feeding Tampa Bay says they’ll be sending out all these boxes of cereal throughout the community has part of the two million meals they deliver each week.

Kennedy is still collecting donations on her Facebook recital page at Facebook.com/kjmacgirls.

She is also already planning for her party next year with one change, guests will be able to bring cereal and cash.

This story was originally published by Erik Waxler at WFTS.