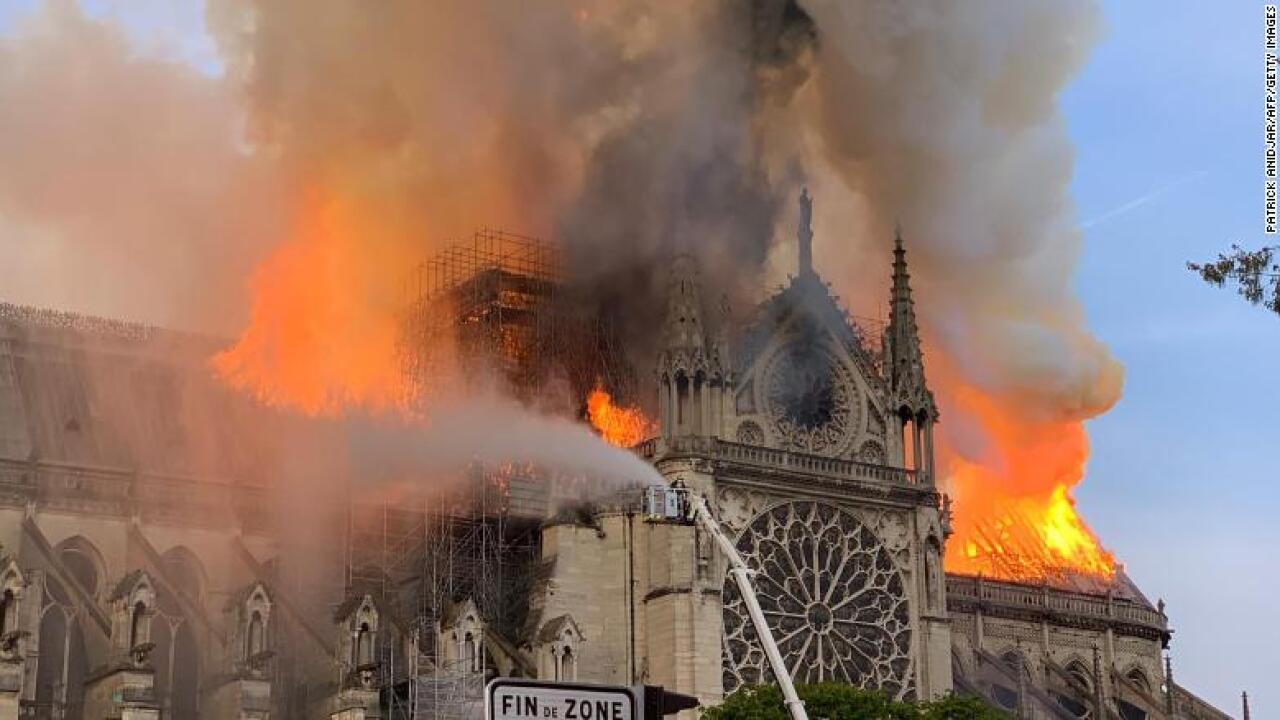 LVMH Group ( LVMHF ), which owns Louis Vuitton, Christian Dior and Givenchy, said Tuesday that the company, along with the family of CEO Bernard Arnault, would put up €200 million ($226 million).

The company said in a statement that the donation showed "solidarity with this national tragedy" and that funds would be used to rebuild this "extraordinary cathedral" and symbol of French heritage and unity.

LVMH will also make its creative and financial teams available to help with rebuilding and soliciting donations.

The family of François Pinault, which controls brands including Gucci and Alexander McQueen, has pledged an additional €100 million ($113 million).

Pinault's son, François-Henri Pinault, who is president of the Artemis Group holding company, called the massive blaze at Notre Dame a tragedy.

"This tragedy is striking all the French people, and beyond that, all those attached to spiritual values," he said in a statement.

"Faced with this tragedy, everyone wishes to give life back to this jewel of our heritage as soon as possible," he added.

The blaze at Notre Dame on Monday devastated large parts of the 850-year-old church, including its iconic spire. The fire was extinguished after nine hours.

French President Emmanuel Macron has promised to rebuild the site, saying Monday that France will launch an international fundraising campaign to assist with the effort.