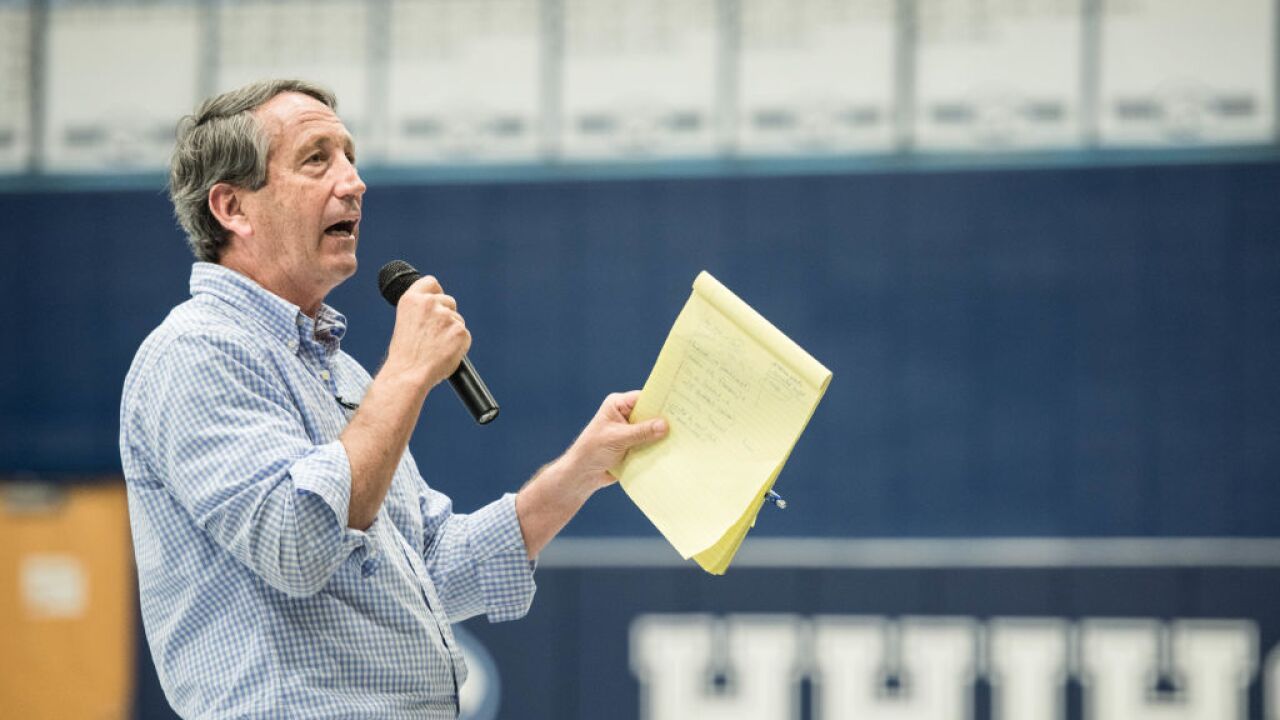 "I had planned to announce that back home this week. We had a hurricane come visit us on the coast of South Carolina so that sort of disrupted plans on that front," Sanford said in an interview on "Fox News Sunday." "But I am here to tell you now, that I am going to get in."

When asked why he was running, he said because "I think we need to have a conversation on what it means to be a Republican," adding that he thinks the Republican Party has lost its way on "a couple different fronts."

Sanford, discussing what was then a potential candidacy, told CNN's Brianna Keilar in July there has been "no discussion of debt, deficit and government spending in Washington these days," and that those issues would be a focal point of his campaign were he to run. However, although Sanford has been a frequent critic of Trump, he has said he would back the President instead of a Democrat.

Sanford, who has been privately considering whether to run since leaving office in January, faces long odds in his bid against Trump, whose approval rating among Republicans has consistently been around 90%. His decision to challenge Trump comes after losing his primary race last year for South Carolina's 1st Congressional District where he failed to find support in the state's Republican Party as a vocal critic of the President.

In a tweet after making his announcement on Sunday, Sanford said he respects the views of his Republican friends who have suggested that he should not run, but that "competition makes us stronger."

"I believe competition of ideas is good, not bad, for the Republican Party and for our country," he said.

In a campaign-style video released last month, Sanford warned of "a big storm coming" if the issues of debt, the deficit or government spending aren't prioritized.

"I just got through watching two Democratic debates that offered little more than a long laundry list of new political promises that we can't afford," Sanford says. "I listen to the President, who rules out action on the very things that drive our debt and spending."

America, he added, is "in the most precarious financial position" and "not dealing with it could crush our economy, it could wipe out whatever we've saved, it could even destroy our republic."

Sanford, who served two terms as governor of South Carolina, told CNN's Jake Tapper before entering that race that he was encouraged to run by people who "have said we need to have a conversation about what it means to be a Republican."

"Because the bent that we've been moving toward here of late is not consistent with the values and the ideals they believed in for a very long time," he said.

Tough road ahead for Sanford

In a show of support for Trump, Republican leaders in several states have expressed they would consider canceling their 2020 presidential primaries. The South Carolina Republican Party executive committee voted Saturday to not hold a presidential primary in 2020, a move that could make it easier for Trump to win delegates, and the Kansas Republican Party said in a tweet on Saturday they would not hold a caucus for the 2020 election because "President Trump is the elected incumbent."

For Sanford, Walsh and Weld, the inability to compete in multiple primaries could all but block an already unlikely path to victory. It's also unlikely that Trump would agree to primary debates, denying his GOP rivals an important platform.

"The RNC and the Republican Party are firmly behind the President," said RNC spokeswoman Blair Ellis, "and any effort to challenge him in a primary is bound to go absolutely nowhere."