Florida man buys 100 generators to help the Bahamas. They're being delivered by boat 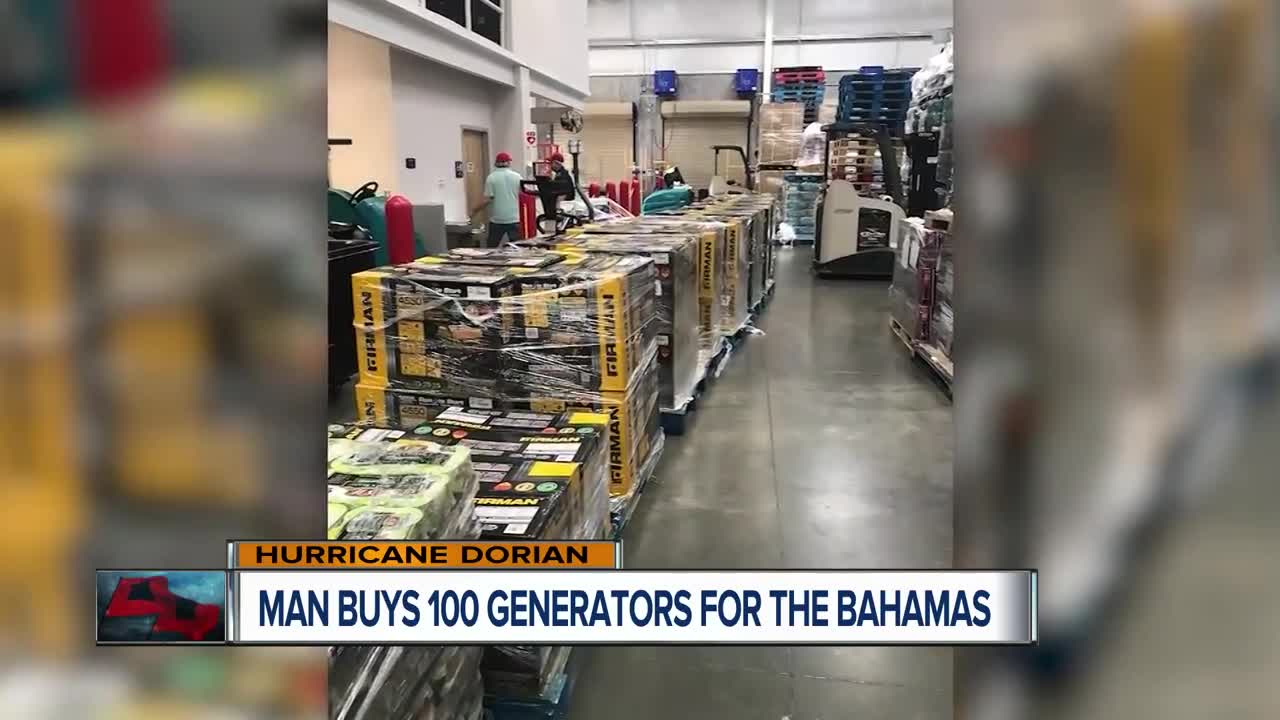 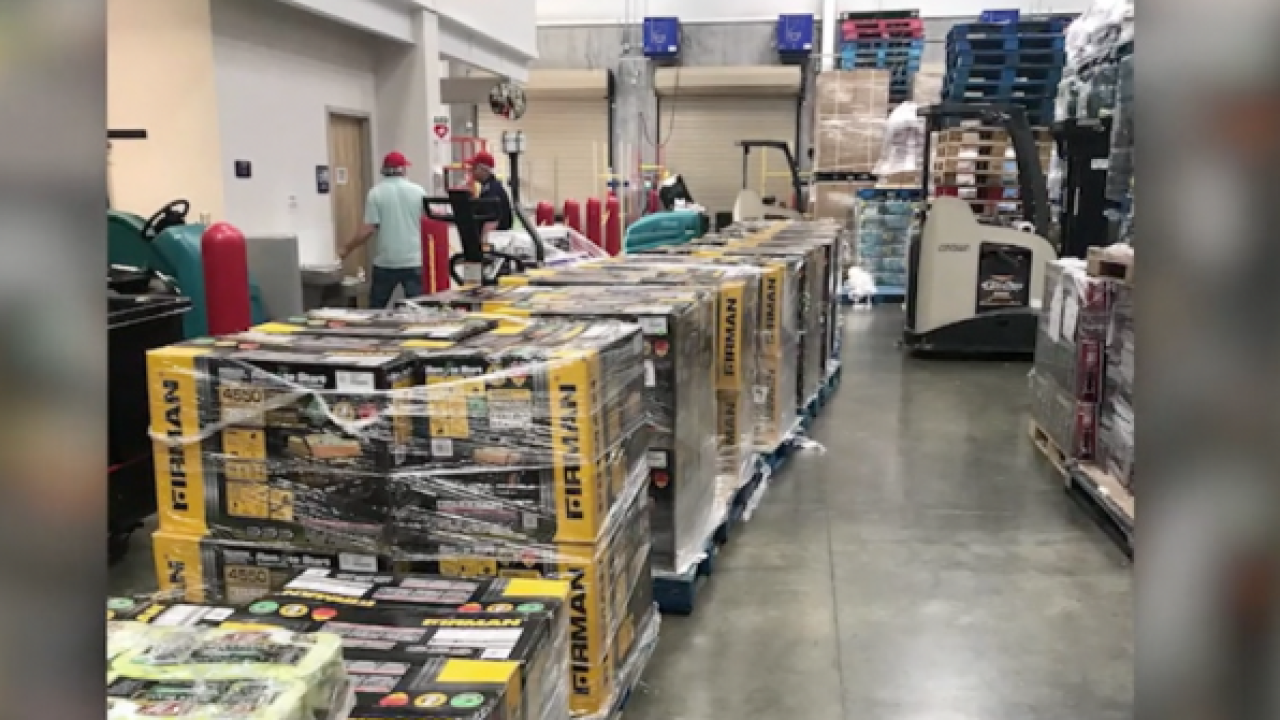 (CNN) -- A man walked into a Costco in Florida and left with 100 generators, all of which are heading to The Bahamas.

His receipt read $49,285.70 and most of that came from paying $450 a pop for 100 generators. Peas, beans, coffee, salt, pepper and other essentials made up the rest of his mega purchase from a Costco in Jacksonville, Florida, on Wednesday.

All of it is going to those in need on the hard-hit islands of Grand Bahama and Abaco, he said.

"About 100 generators and a truck load of food and chainsaws are all going over by boat on Thursday to Marsh Harbour in The Bahamas. It's terrible and I'm sure you've seen the photos," a farmer from Jacksonville told CNN on Wednesday.

The man wishes not to be named. He said he doesn't want the attention and would rather that people focus on helping those affected by Hurricane Dorian in the Bahamas.

"It's important that we help each other out. It's better than just sitting there," he said. "You see a need and you fill it."

The world knows about this man's good deed because someone else was at that Costco buying a generator, as his was going out. He overheard someone talking about what the farmer just did.

"I had to go up there to him and say, 'Thank you for doing this,'" Alec Sprague said. "I am so glad to see someone doing this."

Sprague snapped a photo of the anonymous donor from behind and also shared an image of the many generators he purchased.

Getting the generators, food and other supplies to the Bahamas from Jacksonville is going to be a journey.

Trucks will drive the supplies to Stuart, Florida, about 250 miles south. The farmer said he has a storage facility set up there so the items could then be transported to the Bahamas by boat.

That's where a local Bahamian and a longtime friend of the farmer's comes in. Errol Thurston is a boat captain who runs a guide service in Marsh Harbour, a town in the Abaco Islands, Bahamas. The pair have been good friends since the early 2000s, when they met in the Bahamas.

Thurston's hometown was devastated by Hurricane Dorian, which crossed the island as a Category 5 storm this week.

He left the island to take a client's boat to safety in Florida days before the storm. He's with his wife, Mercedes, who lives and works in Florida as a dean at a high school.

Thurston has a network of friends and fellow boaters he's using as connections to help and get the supplies back home to the Bahamas.

"We are trying to book a slot on a container ship that regularly services the Abacos and Grand Bahama," Thurston told CNN. "The guys are doing everything in their power to get us in a slot there. They know the desperation the people really need these items."

If the wait for a container ship is too long, Thurston says his plan B will involve a lot of boats and a lot of planes.

"We have a lot of guys with planes to take it over. There are hundreds of local captains with boats who are ready on standby to take the generators and chainsaws by boat," he said.

The planes will start carrying tarps, food, water, medicine and other necessities by air. The boats will carry the heavier items, like generators, he said.

Thurston has been collecting necessities from across Florida, from food and water to medicine and clothes. The top priority is getting food and water in as soon as possible. Boat shops and other local businesses are serving as the dozen or so drop-off points for people to donate items, he said.

Getting the supplies to the islands will be a challenge, as the oceans are still rough and there's plenty of debris out there, Thurston said.

Thurston's wife has been integral in helping to plan all this. She's a Florida native who calls Abaco home as well.

"Abaco is my husband's home and it's my home, too. So we're heartbroken," Mercedes Thurston said.

"They are the strongest people I've ever met in my life. They have the biggest hearts," she said. "I feel like it's our duty to step up and help them get back on their feet they will rebuild."