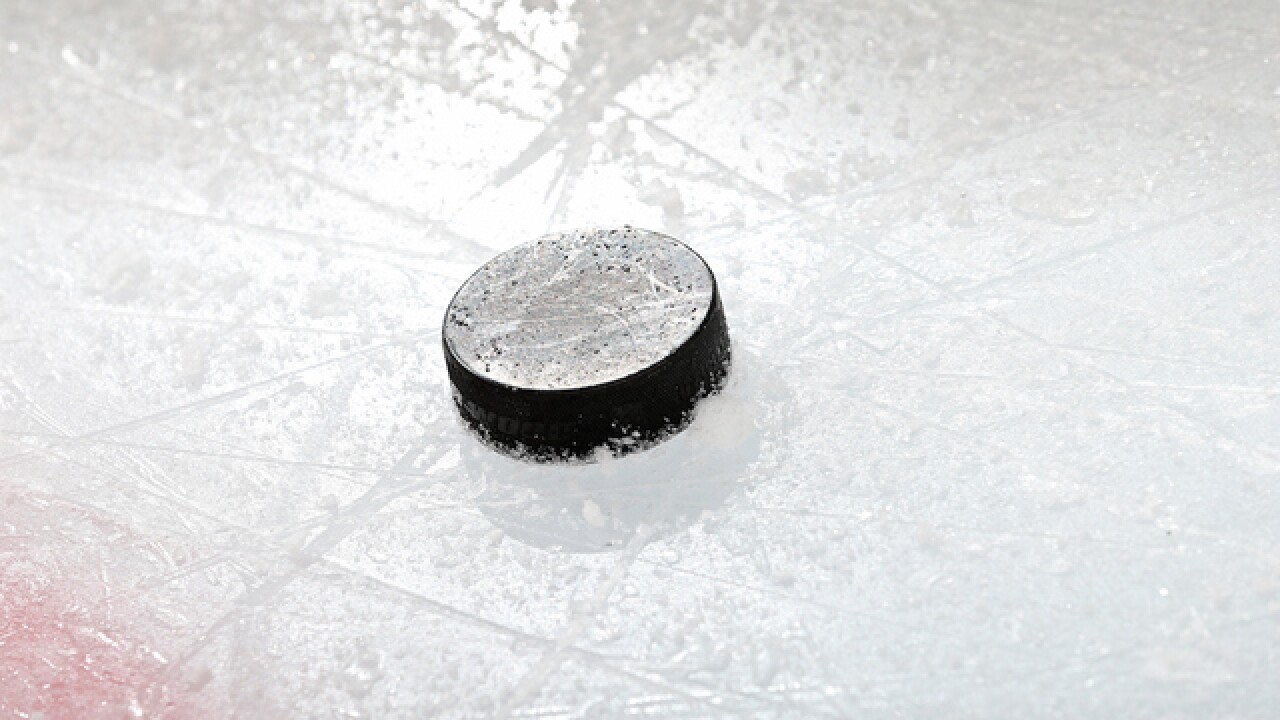 Going home with $100,000 is probably the least likely outcome you’d expect from attending a minor league hockey game in central Florida, especially considering you’d have to make a goal from well over 100 feet to win it. Oh, and the hole you have to get the puck into to make the goal is barely bigger than the puck itself.

Still, an Orlando Solar Bears fan did it.

In a video posted to Twitter by the Orlando Solar Bears (the ECHL affiliate for the NHL’s Toronto Maple Leafs), the announcer isn’t even talking about the contest when Nick Giovanelli sinks the improbable shot. When the announcer realizes what just happened, he freaks out almost as much as everyone down on the ice. The celebratory crowd isn’t that big, but it does include a polar bear mascot. (There’s also someone in a giant penguin or possibly duck suit, but I haven’t figured that one out yet. The Solar Bears were playing the Florida Everblades, whose mascot is an alligator, but whatever, winning $100,000 and celebrating with a giant polar bear and his mascot friend sounds fantastic.) You can see the full video of Giovanelli making the shot on Credit.com.

This was the first time the Solar Bears put on the contest, according to sports site BarDown. The Orlando Solar Bears did not immediately respond to an interview request from Credit.com.

I’ve reached out to Giovanelli to find out what he’s going to do with the $100,000 but haven’t heard back yet. Of course, taxes will cut into the amount of money he gets to play around with, but he’ll still get to make use of a significant sum. That kind of money can help you do all sorts of things, like put a down payment on a house, buy a new car, get out of debt, take a glorious vacation — it’s fun to think about the possibilities.

More from Credit.com
NFL Extra Points Credit Card review
What is a good credit score?
How to get a credit card with fair credit