Fed chair meets with Trump at the White House 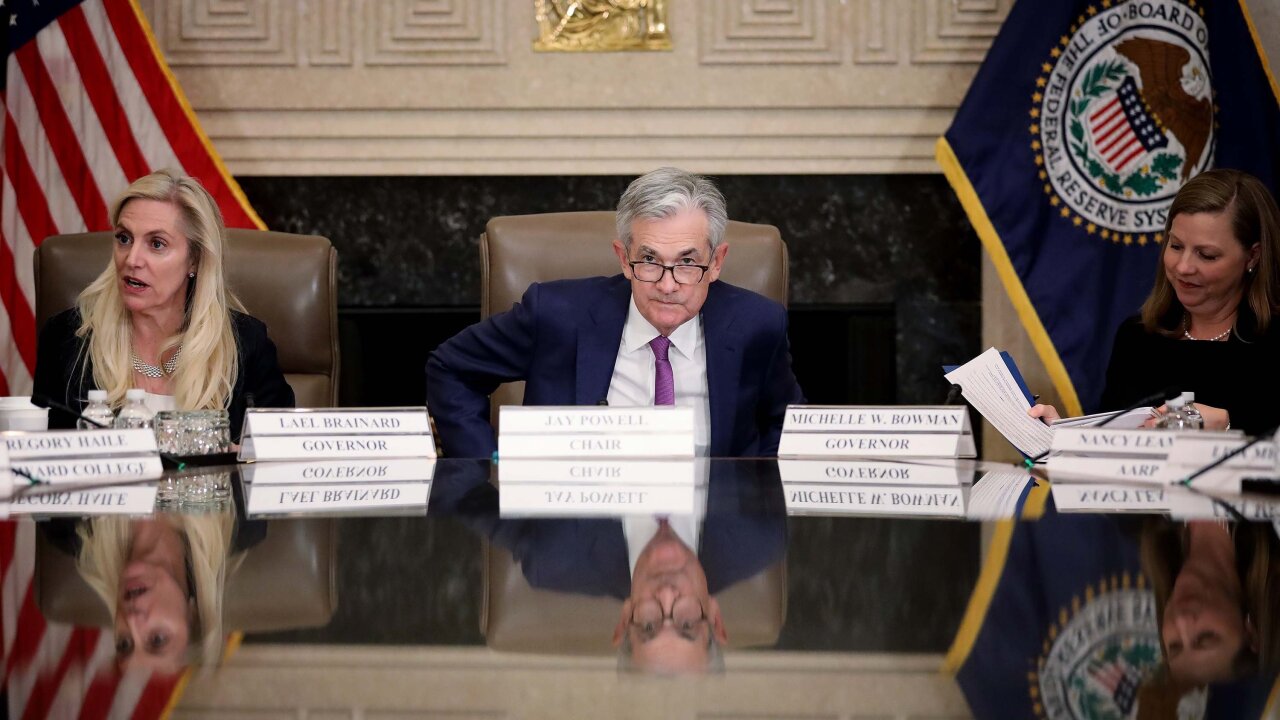 (CNN) -- President Donald Trump held an unannounced meeting with Federal Reserve Chairman Jerome Powell at the White House residence on Monday, the first such meeting between the President and the nation's top monetary policymaker since an informal dinner last February.

Over the past year, Trump has routinely attacked Powell, a former investment banker, pressuring him to slash interest rates -- moves that have broken previous presidential precedent, which called for keeping the world's most powerful central bank out of politics.

"Just finished a very good & cordial meeting at the White House with Jay Powell of the Federal Reserve. Everything was discused including interest rates, negative interest, low inflation, easing, Dollar strength & its effect on manufacturing, trade with China, E.U. & others, etc.," Trump tweeted following the meeting.

The Federal Reserve said in a statement released shortly before Trump's tweet that the meeting, which also included Treasury Secretary Steven Mnuchin, came at the President's invitation.

The White House readout included a more expansive list of topics discussed than the Fed's, including negative interest rates and trade policy with the China and the European Union. The Fed explicitly noted that Powell had refrained from discussing what policymakers planned to do at upcoming meetings, distancing itself from any suggestion of political interference.

"He did not discuss this expectation for monetary policy, except to stress that the path of policy will depend entirely on incoming information that bears on the outlook for the economy," the Fed statement read.

The meeting comes after the Fed cut interests rates three times this year, most recently in October, in effort to shield the US economy -- now in its 11th year of expansion -- from a downturn.

Last week, Powell described the US economy as a global "star" to Congress, pointing to historically low unemployment and rising wages for American workers. But he also issued a stark warning that "noteworthy risks" continue to threaten future growth.

For months, Powell has pointed to the turbulent trade war with China and signs of slowing growth around the world as a rational for recent rate cuts, and has emphasized that the Fed would quickly adjust its strategy based on data, a point the chairman stressed to the President, according to the readout.

"Finally, Chair Powell said that he and his colleagues on the Federal Open Market Committee will set monetary policy, as required by law, to support maximum employment and stable prices and will make those decisions based solely on careful, objective and non-political analysis," it read.

After this year's cuts, the Fed has entered a new period of wait-and-see as it monitors ongoing trade uncertainty. Further disruptions could upend the stability the Fed has been able to provide to the economy with its recent policy actions. Powell warned lawmakers last week the Fed has less ammunition to help rescue the economy with interest rates hovering just a little bit above 1.5%.

"We don't have that kind of room," said Powell.