Did Usain Bolt cause a false alarm at JFK Sunday night? 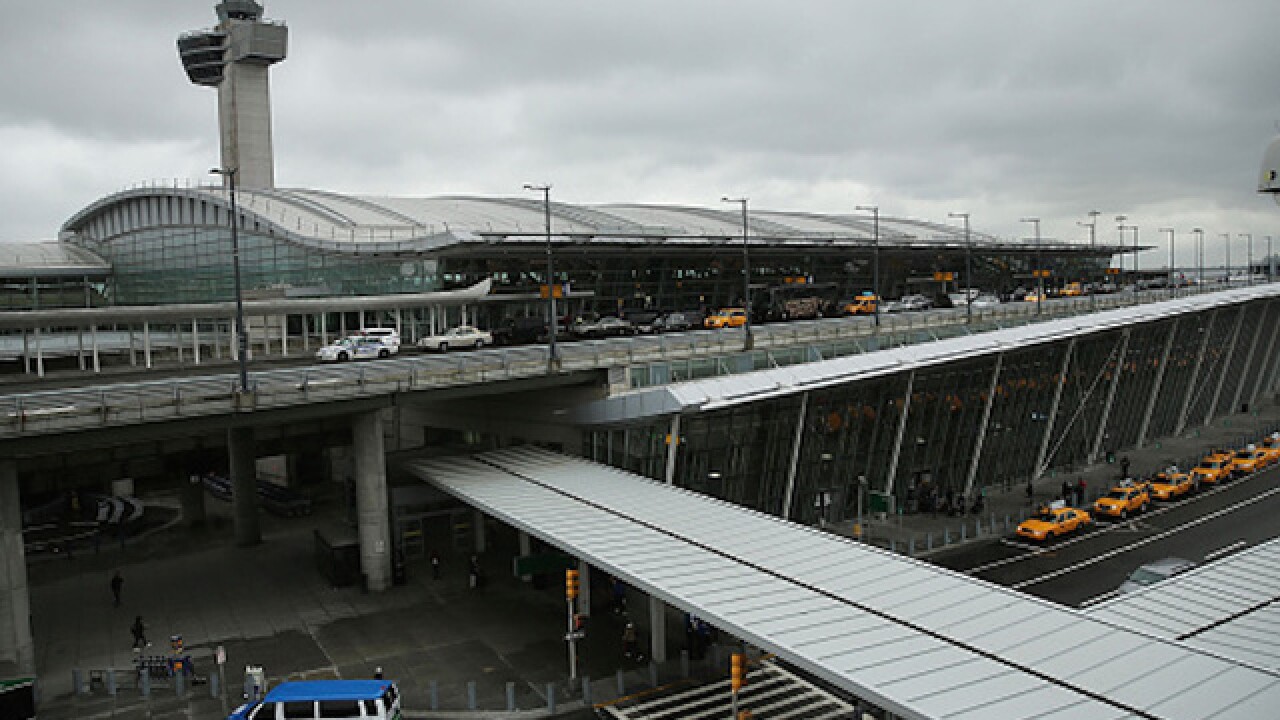 NEW YORK (AP) — Did boisterous celebrations over an Olympic victory by the world's fastest man lead to a false alarm about gunfire and a panicked evacuation of Kennedy Airport?

That's one of the possibilities police were exploring Monday as they reviewed security camera footage and interview witnesses about the chain-reaction scare that rippled through two airport terminals Sunday night in the minutes after Usain Bolt sprinted to a gold medal victory in the 100-meter dash.

An internal New York Police Department briefing document, obtained by The Associated Press, said a preliminary video review showed that some travelers had started to act "extremely disruptive" while watching the Olympics on televisions in Terminal 8.

That set off a chain reaction, with other people running away from the commotion, the document said.

Then, at 9:34 p.m., about seven minutes after Bolt's run, police received an anonymous 911 call from a woman reporting gunshots in the terminal.

It isn't clear how the celebration might have come to be misinterpreted a few minutes later as gunshots.

Investigators were also unsure exactly how the commotion spread across the airport campus to Terminal 1, where rumors about a shooter, combined with the sound of alarms and sight of armed police, convinced some people that an attack was underway.

Albert Salas, 31, a freelance cinematographer, said when he heard a series of loud bangs at Terminal 1 at about 10:10 p.m. while waiting for a flight to London, he was sure they were gunshots.

"People started running and yelling, and some threw themselves on the floor," he said.

Salas began recording video with his mobile phone. It captured screams, people dashing for the exits, and a team of police officers sweeping through the terminal, guns drawn, shouting at people to get down.

"They were asking, has anybody seen the shooter?" Salas said.

No one had, because none existed, police said. No guns, shell casings or spent rounds were recovered. No witnesses actually reported seeing someone with a gun.

Still, police got more than 20 calls to 911, said airport police spokesman Joe Pentangelo. Many of them were from people saying things like, "Why are people running?" Pentangelo said.

Diane Brooks, 35, a New Yorker who flew in from Copenhagen on Sunday at about 8 p.m., said she was covered in bruises after she was battered in a rush of passengers at Terminal 1 trying to flee the unknown danger.

"I was confronted with wall-to-wall people, a crush of people going through this narrow corridor, pushing and shoving," she said. "All of a sudden I hear a loud bang and people started screaming, screaming and sprinting. But there was really nowhere to go, so people were being knocked over and panicking. It was a stampede, it was mob mentality and people were freaking out."

Studies have shown that behavior can spread quickly through crowds.

In 1968, for example, the famed psychologist Stanley Milgram and colleagues planted actors on a New York City street, gazing up at a window above, and found that the percentage of passers-by who followed suit rose markedly with the number of actors.

"There's a natural tendency to do what people around you are doing," says William H. Warren, a Brown University cognitive scientist who studies behavioral coordination among groups of people. In one recent experiment involving students walking through a campus building, he found they tended to respond to the speed and direction of people within about six feet in front of them, and a change could ripple through the crowd.

So in a crowded setting such as an airport, "if other people around you start to run, even if there's no apparent reason or cause, you feel like you better start running, too," he said.

"And I think it's especially true if people are anxious," as people might be in an era of airport security fears, he added. "You are a bit more predisposed to act than you might be otherwise."