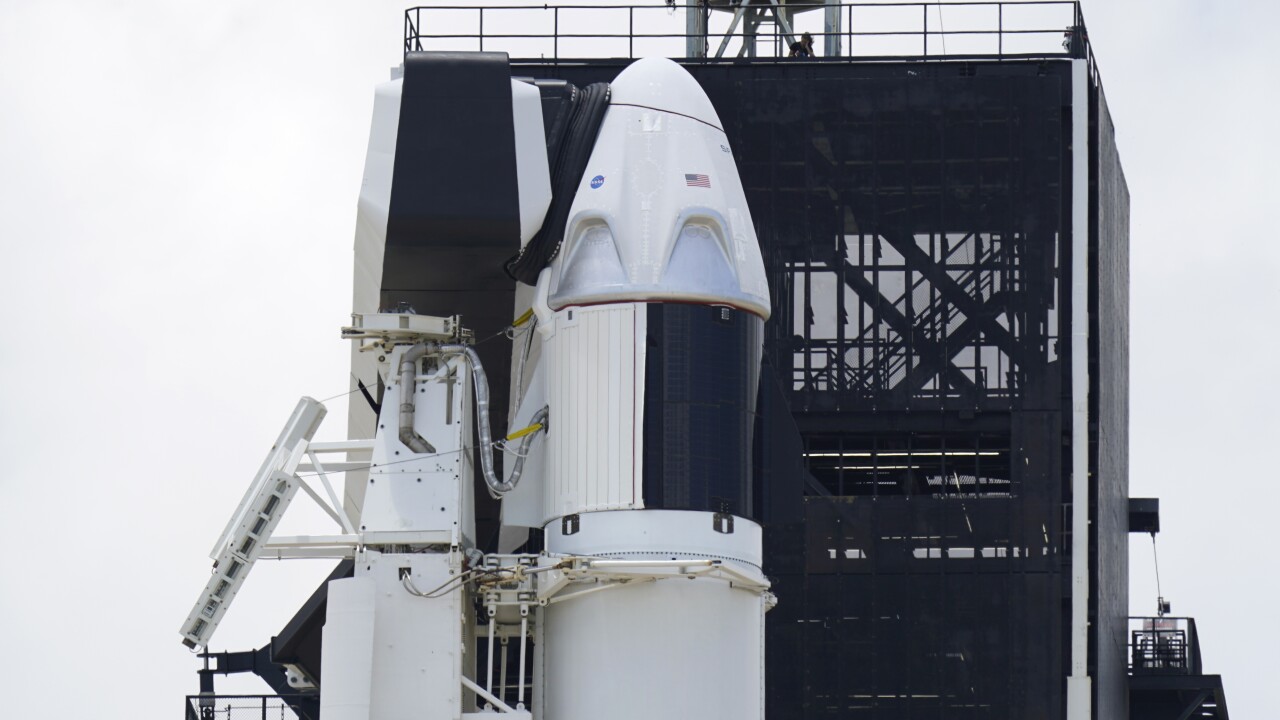 Copyright 2020 The Associated Press. All rights reserved.
David J. Phillip/AP
The SpaceX Falcon 9, with Dragon crew capsule on top of the rocket, sits on Launch Pad 39-A, Friday, May 29, 2020, at the Kennedy Space Center in Cape Canaveral, Fla. Two astronauts will fly on the SpaceX Demo-2 mission to the International Space Station scheduled for launch on Saturday, May 30. For the first time in nearly a decade, astronauts will blast into orbit aboard an American rocket from American soil, a first for a private company. (AP Photo/David J. Phillip) 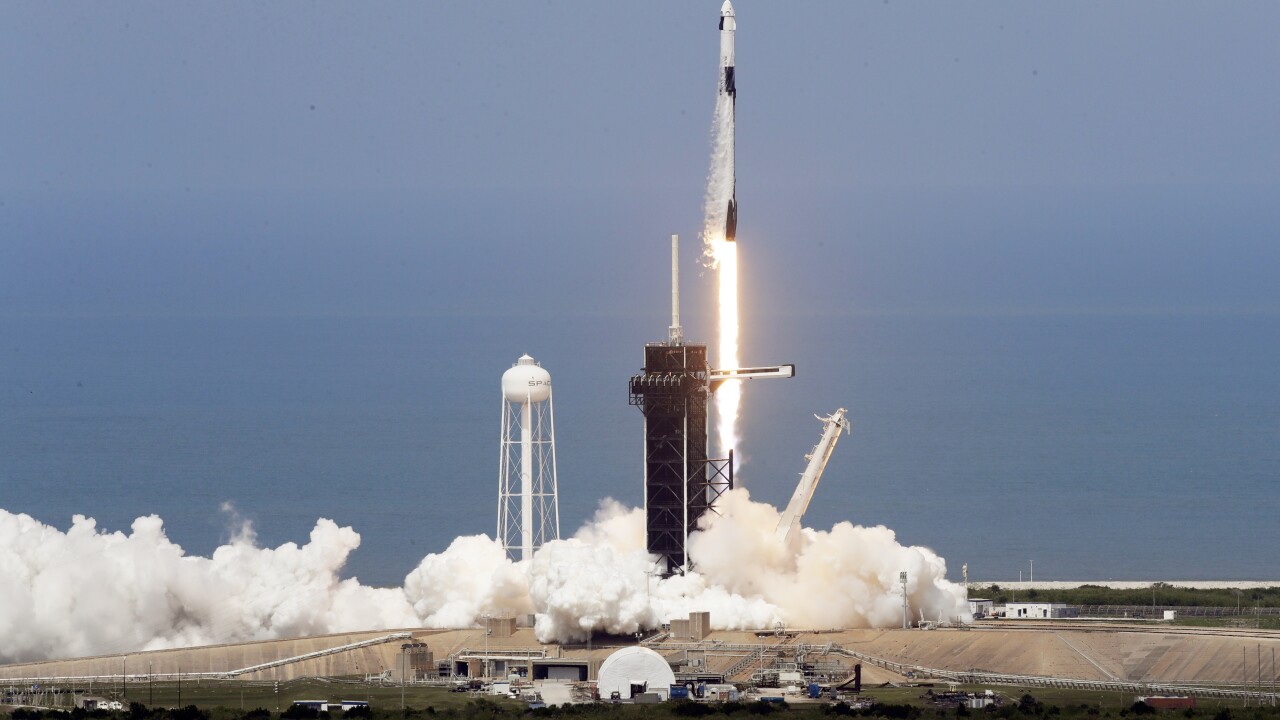 A rocket ship designed and built by Elon Musk’s SpaceX company has lifted off with two Americans on a history-making flight to the International Space Station.

The spacecraft took off Saturday afternoon from the same launch pad at Cape Canaveral, Florida, that was used during the Apollo missions to the moon a half-century ago.

Since the end of the space shuttle program in 2011, NASA astronauts have been hitching rides to the International Space Station onboard Russian Soyuz rockets launched from Kazakhstan.

The astronauts undertaking this mission are Robert Behnken and Doug Hurley. The pair is expected to spend at least a month – and possibly as long as four months – on the International Space Station.

If you missed the launch, you can watch it in the video above.

After NASA declared Saturday's launch a success, President Donald Trump delivered a speech from the Kennedy Space Center, saying the launch proved that the "commercial space industry was the future" of space exploration.

"We'll be landing on Mars soon, and we'll soon have the greatest weapons the world has ever seen," Trump said.