Triathlete qualifies for IRONMAN championships, then DQ'ed because of ChapStick Imagine qualifying for the Super Bowl of your favorite activity and then finding out you can't go because of…ChapStick. 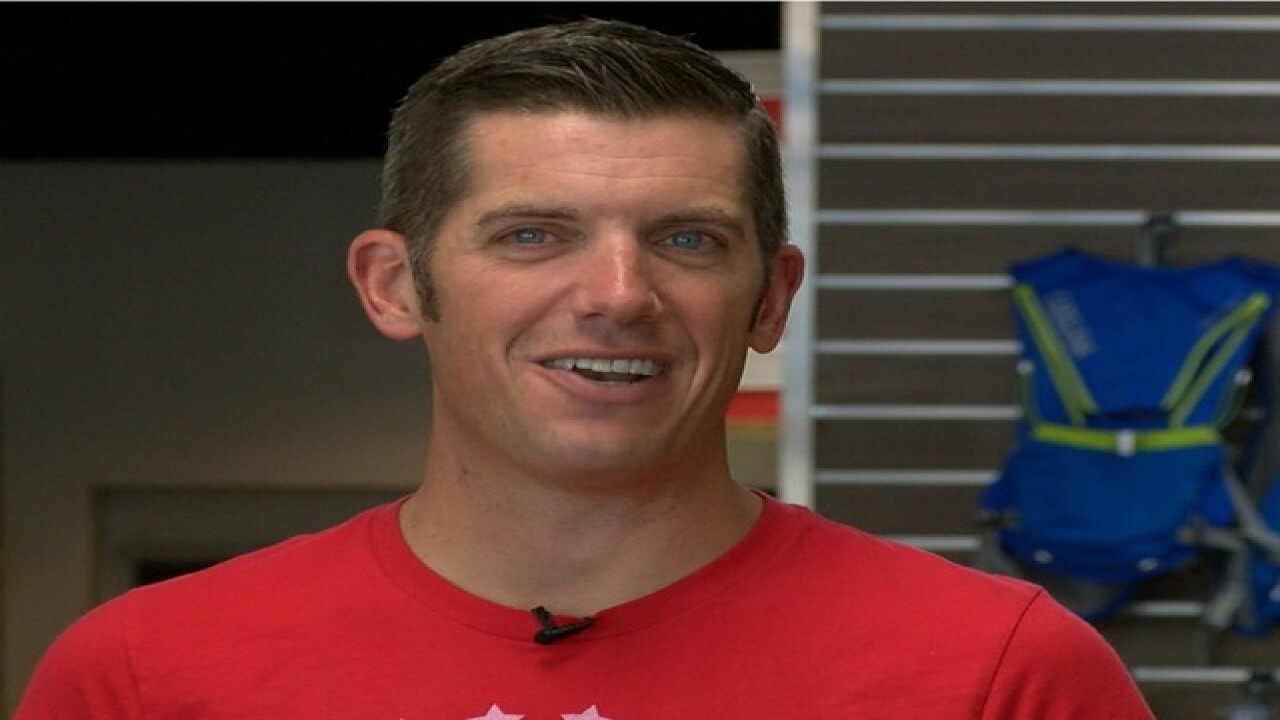 DENVER – Imagine qualifying for the Super Bowl of your favorite activity and then finding out you can't go because of…ChapStick.

Triathlete Matt Smith from the Denver area thought he qualified for the Super Bowl of IRONMAN competition this past weekend at IRONMAN Chattanooga in Tennessee.

"Finished second for the 40-44 age group, by just a couple minutes. In the Top 10 Amateur men," said Smith. "In my age group there were two spots that qualified for the IRONMAN World Championships in Kona, Hawaii."

But a quick look at the race results shows that Smith did not finish second in his age group after the 2.4-mile swim, 114-mile bike ride (normally 112 for IRONMAN) and 26.2 mile run.

"In our sport, this is the Holy Grail, to go to Kona," said Smith. "The head referee came up about 10 minutes after I crossed, once I got my wits about me, and let me know that I was disqualified and my results would be stricken from the record for outside assistance during the race."

Among 26 pages of 2016 IRONMAN competition rules, it's written that each athlete must:

"Compete without receiving assistance from other parties (other than from Race Referees, Race Officials, and other athletes in accordance with Section 2.02)"

"Assistance provided by Race Referees or Race Officials is allowed but such assistance is limited to: providing drinks, nutrition, mechanical and medical assistance, and other necessary assistance (as may be approved by the Event Director or Head Referee). Athletes competing in the same Race may assist each other with incidental items such as, but not restricted to: nutrition and drinks after an aid station and pumps, tires, inner tubes, and puncture repair kits…"

"When they originally told me at first, like going through my head is a very long list of words that would probably make a sailor blush," said Smith. "My lips were on fire and getting sunburned real quickly, so my wife, who was spectating, I knew had ChapStick with her. I asked her for a ChapStick."

"I don't think it has anything performance enhancing in it, other than making me feel good," said Smith. "It does sound a little bit absurd that grabbing a ChapStick would get you disqualified from a race that you paid well over $600 to enter and trained that much for."

He said he's trained about 15-20 hours a week for the last six months. This is his seventh IRONMAN.

"I totally take responsibility for the decision because it was a conscious decision that I made asking for it," said Smith. "My wife actually threw the ChapStick on the ground and I picked it up off the ground because we knew that you're not supposed to hand athletes things that could help them, and she was trying to be extra careful."

"Whose side should people take?" asked Zelinger.

"After the race, I put something on Facebook, more because I had 50 texts from friends and relatives saying, 'What happened, did you die? It showed you were in second and then all of a sudden you weren't there. What's going on?'" said Smith. "I take responsibility for making, what I would consider, a stupid decision."

What a day at IM Chattanooga today! Can say that I'm proud that the result was good after 4 years of IM "break" so the mojo was there. It was AWESOME to have such great friends to share the day with and support from around the world. Unfortunately, the hard fought 2nd place AG finish (with 2 min) won't be on the official IM record books. I made a choice to ask my favorite fan (aka Molly) for a chapstick which is considered outside support. Wrong time, wrong place when the referee happened to be there. I'll choose not to go into details, but when the head referee summons you after a race, I choose to listen, smile and take what's given which was a DQ. I have a personal policy that no matter how bad the call, the refs are there to keep you safe and enforce rules every athlete should know so you NEVER argue a call. In fact, it's one of the things I make every athlete I coach sign off on. Integrity is always better than an award or, in this case, trip to Kona.

"Just out of principal, I've always said I will never argue with a ref's decision on a course, so I chose not to argue with her and accepted gracefully,” he said. "But it's pretty disheartening."

"Arguing with a race official, volunteer or another athlete will terminate the coaching relationship immediately with no refund."

"I ask them to sign off that if there is an altercation with an official, that they won't argue with another athlete or an official on course," said Smith. "I believe who you are on the course is much more important than the results."

"How do you not say, 'It was ChapStick, that's ridiculous,'" asked Zelinger.

"I would say it was hard to accept," said Smith. "When I reflected on it, it really didn't cross my mind to do anything other than smile and say 'thank you' for letting me finish the race, this is what I have to accept."